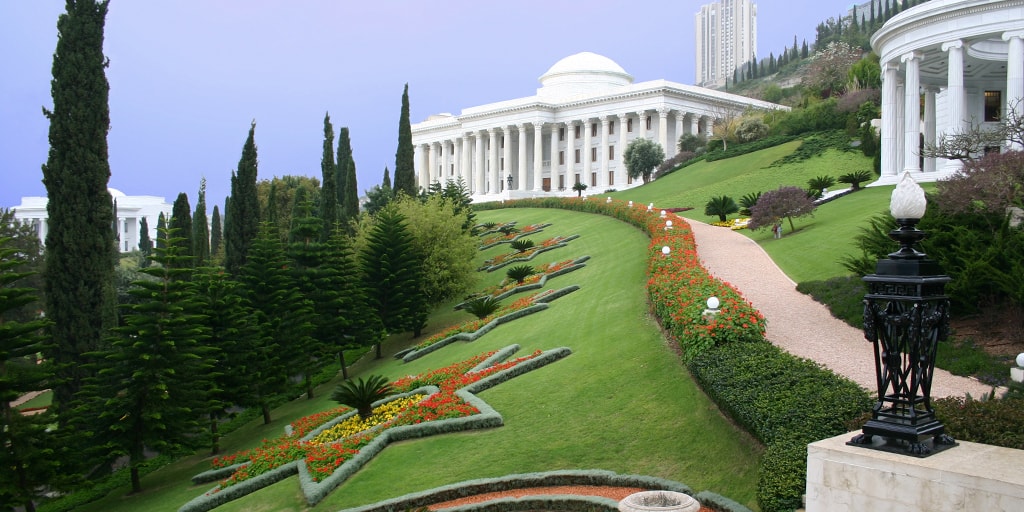 A Critical Look at the Baha’i Faith – Part 2

Parts of Baha’u’llah’s mystical philosophy and experience are troubling because they tend to blur moral categories. In part, they may explain his own purported moral evils, as discussed in Miller.[1] Remember, Baha’u’llah is the greatest Manifestation of God to date. If so, what are we to make of teachings like the fol¬lowing? If, as Sabet declares, Baha’i teaches that “good and evil are not fixed in their value once for all, but are themselves subject to development,” why cannot the evil of today be the good of tomorrow?[2] If one prophet speaking the Word of God nullifies or contradicts the moral teachings of another, do we still live in a moral universe? If even “love becometh an obstruction and a barrier,” where are we headed?[3]

When Baha’u’llah declared that “the works and acts of each and every one” of the prophets “are all ordained by God, and are a reflection of His Will and Purpose,[4] it would seem that the Baha’i faith must thereby endorse as the divine will much or all of the personal evils and immoral teachings of Krishna, the sins of Moses, the practical atheism of Buddha and the religious violence of Muhammad, not to mention the sins of the Bab and Baha’u’llah himself. Is this in harmony with a progressive and enlightened outlook on religion?

1. Discarding historical evidence, Baha’is teach that the Apostle Paul was unconcerned with the historic Jesus, perverted His teachings and was a superstitious ascetic. In order to make such statements, one would have to assume Baha’is have not even read the Apostle Paul, since such charges are demonstrably false. In 1 Corinthians 15:3-8 we see that what the Apostle Paul considered as having “first importance” was precisely the historic Jesus. Far from perverting Jesus’ teaching, Paul held to it strictly, as J. Gresham Machen’s The Origin of Paul’s Religion proves in detail. Consider a few examples from our own reading of Jesus and Paul. We present a number of basic Christian doctrines showing the theological harmony of Jesus Christ and the Apostle Paul. Baha’is and other liberal critics allege these were never Jesus’ original teachings but “invented” by the Apostle Paul. Since the following are agreed to by almost everyone to be Paul’s teachings, we only need to document that they are also Jesus’ teachings:

The Church as the institution of believers. Matthew 16:15-19.

Regardless, Baha’is fail to mention that Jesus’ own disciple Peter declared Paul’s writings the Word of God (2 Pet. 3:15-16). If Baha’u’llah himself confirmed Peter’s station and said God caused “wisdom… to flow out of his mouth,” and if Shoghi Effendi further declared that “the primacy of Peter, the prince of the apostles, is upheld and defended,” how do they proceed to deny the divine authority of Paul whom Peter upheld? [5]

2. The “infallible” Baha’u’llah quite erroneously declared of Muhammad that he claimed to be Jesus. No orthodox Muslim believes this, nor is it taught in the Qur’an. Baha’u’llah says, again falsely, “Neither the person of Jesus nor His writings hath differed from that of Muhammed and of His holy Book.”[6] In The Facts on Islam, we have shown how wrong such a declaration is.

3. Baha’is have written various books to convert Christians to the Baha’i faith. The errors in these books are extremely numerous and often unconscionable.[7] As one example, observe Townshend’s interpretation of Deuteronomy 33:2, where Moses is blessing the Sons of Israel just before he dies. The parentheses are Townshend’s: “The Lord came from Sinai (meaning Himself [Moses]), and rose up from Seir (meaning Jesus Christ); he shined forth from Mount Paran (meaning Muhammad) and he came with ten thousands of saints (meaning Baha’u’llah).” These are supposedly “the undoubted facts of history.”[8]Interpretations as this are not only preposterous but also extremely embarrassing to Baha’i claims to represent enlightened religion.

6. The Trinity “cannot be found in Paul’s writings,” and Paul never thought of Jesus as “in any sense identical or equal to God.”[12] In fact, Paul’s writings contain some of the most definitive statements for belief in the Trinity and he not infrequently declared the full deity of Jesus Christ (for example, Titus 2:13)

The Baha’is religious presuppositions force them to misinterpret the Bible virtually wherever they discuss it. This is particularly true with Baha’i prophetic scriptures. In his text Baha’i (chapter 4, 1975) Dr. Francis Beckwith critically analyzes Baha’i misinterpretations of Daniel 8:13-17; Isaiah 11:1-10; Isaiah 35:1-2; Isaiah 1:1, 6, 7 and other passages. He also documents a particularly damaging false prophecy—and its cover-up—that universal peace would be estab¬lished in 1957. This was a prophecy of ‘Abdu’l-Baha cited by J. E. Esslemont in 1923 but removed (after his death) in the 1970 edition of Esslemont’s text, Baha’u’llah and the New Era. Beckwith then concludes:

The chief representatives of Baha’i scholarship show an absolute ignorance of properly interpreting any given Biblical text. They ignore context, language, intent, and historical setting. They seek only to twist biblical passages so as to fit their presupposed doctrines which, in their opinion, justify these presupposed doctrines. This seems to be the continuing fallacy lurking behind almost every Baha’i apologetic use of the Bible: Baha’i apologists (defenders) reason in a circle.

Concerning ethical character, upon which the Baha’is put a premium, the censorship of J. E. Esslemont’s book, after his death, is indeed a black mark upon all Baha’ism. Changing an eyewitness testimony (of ‘Abdu’l-Baha’s false prophecy) after the death of the eyewitness is blatantly unethical. [13]

Dr. John Walvoord offers a clear and detailed analysis of the book of Daniel in The Prophecy of Daniel. This may be compared to the Baha’i booklet “Prophecy Fulfilled” by E. H. Cheney, who expounds ‘Abdu’l-Baha’s views on Daniel.

‘Abdu’l-Baha attempts to find Daniel’s prophecy fulfilled in the Baha’i religion, using Daniel chapters 8 and 9. In Daniel 8:14, the 2,300 “evenings and mornings” are wrongly interpreted by Baha’i’s as 2,300 years. The Hebrew term referred to “evening and morning” sacrifices (see 9:21; Ex. 29:38-42), which would be 1,150 days or about three years, not 2,300 years. The prophecy in Daniel 8 deals directly with Antiochus IV Epiphanes, the eighth ruler of the Syrian dynasty during the time of the Maccabees. The “2,300 evenings and mornings” were fulfilled within a few years, some 2,000 years before Baha’is even existed. As the NIV text note (Zondervan Study Bible) for Daniel 8:14 reads,

The 2,300 evenings and mornings probably refer to the number of sacrifices consecutively offered on 1,150 days, the interval between the desecration of the Lord’s altar and its reconsecration by Judas Maccabeus on Kislev 25, 165 B.C. The pagan altar set up by Antiochus on Kislev 25, 168, was apparently installed almost 2 months after the Lord’s altar was removed, accounting for the difference between 1,095 days (an exact three years) and the 1,150 specified here.

‘Abdu’l-Baha uses Daniel 9:24-26 and applies it contextually to Daniel chapter 8, ignoring the fact that it deals with the first coming of the Messiah, which occurred 2,000 years ago. (Only in verse 27 is the second coming referred to.) In other words, ‘Abdu’l-Baha ties together entirely unrelated prophecies, each fulfilled some two millennia ago, as relating to the nineteenth century A.D. Baha’i origins. In that way he can use the decree of Artaxerxes (Dan. 9:25; Ezra 7; 457 B.C.), add 2,300 years (Dan. 8) and come up with the year 1844, the time of the Bab’s Pronouncement that he was God’s Messenger. He can also claim that Baha’u’llah is the “prince” foretold by Daniel. The difficulty is that there are two princes foretold at Daniel 9:24-27, and neither refer to Baha’u’llah. One is the Messiah, who is “cut off” (Jesus, who died on the Cross), and the other prince who destroys the sanctuary, the Antichrist. Contextually, Jesus Christ is the only person who could fit the prophecy here. (Cf. Dr. A. J. McClain, Daniel’s Prophecy of the 70 Weeks and Sir Robert Anderson, The Coming Prince.)

It is, of course, easy to misinterpret prophecy without careful study. The Seventh-day Adventists made the same error as the Baha’is (interpreting the 2,300 mornings and evenings for years), and thus they expected Christ’s return in 1844. Incidentally, the same Baha’i booklet interprets Nahum 2:3-4 as a prophecy about automobiles of our own era, even though the book of Nahum is a prophecy against Assyria, to whom Jonah had earlier preached. The language in 2:3-4 is a mildly poetic description of chariots of the time.

[…] moral categories. In part, they may explain his own purported moral evils, as discussed in Miller.[1] Remember, Baha’u’llah is the greatest Manifestation of God to date. If so, what are we to make […]

William Miller and other non-Adventists made that error about Christ coming back in 1844 like Samuel Snow, not the Adventist Church. The SDA Church was founded in 1863, less than 20 years after the erroneous claim that Christ would return in the 1840s. How does evening and morning refer to the sacrifices? Didn’t Moses, use that same phraseology when talking about Creation, in Gen. 1, when it referred to a whole day? In the Strong’s Concordance, the word in Dan 8:14 for day, is yôm, which means a day and can refer to a 24-hour period, that same word was… Read more »