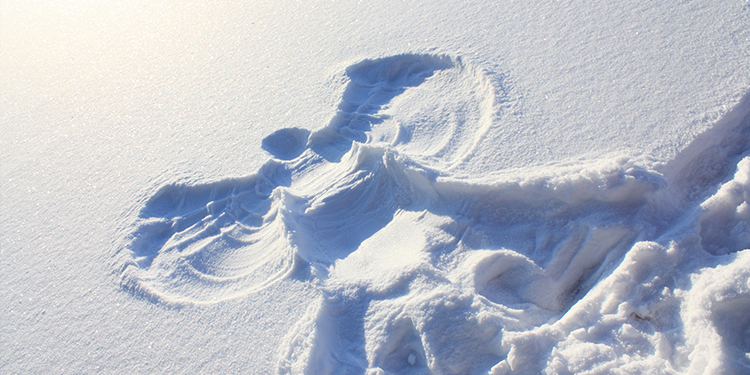 Why is it Important That We Know About Angels?

Angels shouldn’t be ignored if for no other reason than they constitute perhaps the most intriguing subject one could ever study. We agree with leading philosopher Mortimer J. Adler, editor of the Encyclopedia Britannica and architect of The Great Books of the Western World series who stated that angels were more fascinating than either science fiction or the concept of extraterrestrial beings.[1] Why?

According to the Bible, angels have literally shaped the course of human history and continue to do so today. Consider the fallen angel in the Garden that slyly engineered the moral Fall of the entire human race (Genesis 3). Or the angels who spoke and mediated the Law of Moses which literally changed the Western world (Acts 7:53; Heb. 2:2). Or the literally thousands of angelic encounters throughout history in the lives of ordinary and famous individuals, including Abraham Lincoln, boxer Evander Holyfield and rock stars George Harrison and Carlos Santana (who invokes the presence of angels before each concert).[2] The noted mystic William Blake said he was under the guidance of angels night and day.[3]

From the terrifying angels of the book of Revelation—whose power over nature and humanity is so awesome simple mortals can hardly comprehend it (Rev. 8:6-12; 9:15), to the angels who helped Christ in His wilderness and Gethsemane temptations and assisted the early Church (Matt. 4:6, 11; Luke 22:43; Acts 10:22; 12:7), angels have influenced, either directly or indirectly, the lives of everyone on earth.

The world is, quite literally, alive with angels. In its cover story on angels, Time magazine for December 27, 1993 observed, “If there is such a thing as a universal idea, common across cultures and through the centuries, the belief in angels comes close to it.”[4] Angels appear in every civilization and every culture, have played a major role in almost every world religion, and are far more active in human affairs than most people would ever suspect. The “Angel Gabriel” for example, supposedly gave Muhammad the revelations in the Qur’an, which now influence over a billion Muslims.[5] So who can ignore the subject of angels?

And yet until recently in most quarters, angels have been ignored—even by the Christian Church in whose scriptures angels play a major role. When Billy Graham wrote his best-selling book, Angels: God’s Secret Agents, he was surprised at how few books existed on the subject and further, he reflected that he had never once heard a sermon preached about them.[6]

Today angels are no longer ignored. In theater, television, literature, film, art, music—and even among skeptics, who sometimes can’t seem to help themselves,[7] angels are back in the popular mind.

We think this is all to the good for at least three reasons. First, angels inherently remind people of God—and of their responsibility to Him. Second, the very subject of a spiritual race of beings naturally brings to mind the deepest personal questions men have asked throughout history. If angels exist, then we are not the only form of life in the universe and we certainly didn’t evolve naturalistically from primordial interstellar gases.[8] If angels exist, a spiritual universe must exist—which naturally carries us back to the profound question of God as Creator and such related questions as: Who am I? Where did I come from? What is the purpose of my life? Where am I going when I die?, etc.

But a final reason why angels should not be ignored is because not all angels are good—and people need to know this today more than ever before. In fact, the Bible suggests the number of evil angels is very large (Matt. 12:26; Rev. 12:3-4, 7-9)—one out of every three may actually be malicious (cf., Rev. 12:4). Consider that the Bible tells us there were rebellious angels in heaven. They chose to follow Satan and actually waged “war in heaven” against the good an­gels. But “they were not strong enough” and “Satan…was thrown down to the earth, and his angels were thrown down with him” (Rev. 12:7-9).

For most people, however, the very concept of an evil angel is a self-contradiction, like dry water or cold heat. Aren’t all angels good by definition? But what if all aren’t? Biblically, given their numbers and influence, if we don’t take the time to consider at least the possibility of evil angels, any one of us may suffer for it.

Regardless, when human history is over, and all is said and done, the influence of angels in this world, despite their invisibility, will probably be more obvious and certainly more profound than even that of mankind. As theologian J. I. Packer commented, “Both as communicators and as guardians their work is ordinarily unnoticeable, and not until we get to heaven shall we know how much we owe to it.”[9]

Just How Popular Are Angels Today—And Why?

Recent polls indicate that almost three out of four adult Americans, including teenagers, believe in angels. That’s about 200 million people![10] Now, every year, the “American Conference on Angels” holds meetings to discuss the subject; there are angel seminars, angel newsletters, college courses on angels, and angel sections in bookstores. Besides the Hell’s Angels, “Charlie’s Angels” and Guardian Angels, there is the Angel Collectors Club of America, the National Association of Angel Lovers, and dozens of angel enterprises—such as the “Angels for All Seasons” store in Denver, Angels in Heaven Day Nursery in Cleveland, and Angel Threads, a children’s boutique in Tucson.

The December 27, 1993 Time article noted that five of the ten books on the religious best­seller list for Publisher’s Weekly were about angels, commenting, “This rising fascination is more popular than theological, a grass-roots revolution of the spirit in which all sorts of people are finding all sorts of reasons to seek answers about angels for the first time in their lives.”[11]

Angels have almost universal good press today—from “Clarence” in the popular Jimmy Stewart movie, “It’s a Wonderful Life,” to Michael Landon’s angel role in “Highway to Heaven,” and the more recent “Touched By An Angel” TV series—to the many recent prime-time network specials where angels are always engaged in good and wonderful deeds.

With literally tens of millions of people now interested in angels—and even open to personal contact with them—no one can deny the importance or relevance of this topic.

Perhaps angels are here to stay.

But all this doesn’t answer the question as to why angels should be so popular. There are probably several reasons. First, this generation has witnessed a dramatic spiritual revival which includes everything from Christianity to the New Age movement to the darker forms of the occult—and has undoubtedly increased an interest in the subject of angels and spirits.

Second, there is kind of an innate fascination with the subject because of its larger implica­tions.

Third, a pre-existing belief system for angels is already in place from Christian, pagan and virtually every other religious tradition. For example, most Roman Catholics are brought up to pray to their guardian angels, while major holidays like Christmas and Easter recall angel stories year after year.

Fourth, as people are increasingly searching for answers and meaning to life, angels are now thought to play a major role in providing those answers. There is even a growing movement teaching people that angels reside within us already and are waiting to tap our human potential, enhance our creativity, and provide us with psychological fulfillment and spiritual self-enlighten­ment. Thus, promoters of angel contact offer people what they want and need in troubled times—assurance, love, and guidance. For example, “The angels hold the answers to many of our questions” and “spiritual help is always available from the angels” or, “The angels want us to become enlightened…” and “The angels are the caretakers of our souls…. Their wonderful love [is] everywhere.”[12]

Sixth, angels by definition seek to interact with humanity. The very purpose of the good an­gels is to help us—and the very goal of the evil angels is to deceive us.

In essence, angels are now popular because given their nature and ours, and modern cul­ture, it couldn’t be otherwise.