Are the Creeds Important for Christians Today? 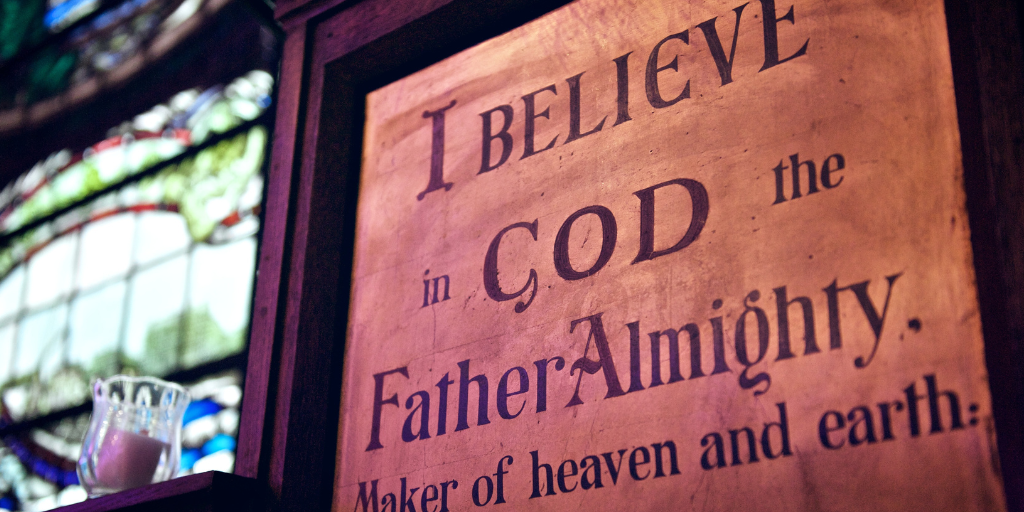 We recently aired a short series with Dr. Gary Habermas regarding the creedal statements found in the New Testament. But why should we really care about those statements or about the creeds used in our churches today (e.g., the Apostles’ Creed, the Nicene Creed and others)? What value do they have for us?

Let’s start by stating the obvious: Christianity is unique among all the religions of the world. Over the years Dr. Ankerberg has written volumes on the subject, but I’m going to use a short list from gotquestions.com for the sake of time and word count. They write,

Unique among all religions, Christianity makes several claims that others do not. First, all other religions exhort man to reach up to God and grasp hold of Him through their own efforts. Christianity is the only religion where God reaches down to man. Second, other religions are systems of do’s and don’ts to appease God; whereas Christianity is a relationship with God. Third, Christianity looks to the Bible as the singular source of Truth. Finally, Christianity is based upon truly the most amazing event in all of human history—the resurrection.[1]

Problem: As Dr. Habermas pointed out in the series, many early Christians were illiterate. Further, there were no “Bibles” available to the average believer of that time. At most they might have heard something read from scrolls at the Synagogue once a week. So how did they learn who God was and what He wanted from them? How did church leaders preserve the purity of the gospel message?

That’s where the creeds come in. As Dr. Habermas explained, the creeds recorded in the Bible were generally really short (sometimes only a few words) bits of easy-to-memorize information that laid out the essentials of the Christian faith. Even if you couldn’t read, you could memorize these and share them with others.

The creeds we use today in many of our churches serve the same purpose. They set forth in concise, easy-to-memorize form the essentials of the Christian faith. Robert Godfrey explains, “These creeds were designed to define the faith, protect the faithful, and testify to the world what the church believed.”[2] Specifically of the Apostles’ Creed, Don Carson says it “very ably summarizes the gospel itself in just a few sentences.”[3]

I believe in God, the Father almighty, creator of heaven and earth. I believe in Jesus Christ, God’s only Son, our Lord, who was conceived by the Holy Spirit, born of the Virgin Mary, suffered under Pontius Pilate, was crucified, died, and was buried; he descended to the dead. On the third day he rose again; he ascended into heaven, he is seated at the right hand of the Father, and he will come to judge the living and the dead. I believe in the Holy Spirit, the holy catholic Church, the communion of saints, the forgiveness of sins, the resurrection of the body, and the life everlasting. Amen.

[2] Robert Godfrey, “The Value of the Creeds,” https://www.wscal.edu/resource-center/the-value-of-creeds