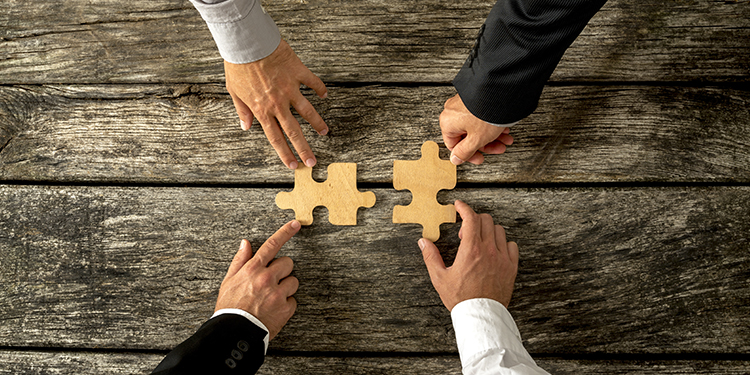 Characteristics of the Unification Church

Characteristics of the Unification Church

We now turn to a brief examination of several characteristics of the Unification Church or Unification Movement.

Sun Myung Moon (aka “Father,” “Master”) alone has the answers to life and all existence. “Throughout history, man has been struggling to solve the fundamental questions of life and the universe. Yet no one [except Moon] has been able to give satisfactory answers, for no one has known the original plan for the creation of man and the universe.”[1] Logically, then, the UC is the only path of spiritual restoration. Only the UC is at work in this complex scheme of things to “restore” people to their proper estate. “There is no other way. Prominent religious leaders have no other way to lead the world, or souls, except this method of service and sacrifice, which he (Master) is talking about. This is the position of our Unification Church Family….”[2] Moon says approvingly, “Members of the Unification Church believe that the world cannot be saved except by our group.” [3]

God is believed to be the author of all religions; each one, then, is a part of His attempt at restoration. [4] It is also believed that the prophecy of a coming savior is found in each of the world’s religions. Since Moon is the personification and fulfillment of all such prophecies, the idea is that all religions will finally accept Moon as their expected savior. Christianity, however, because it is God’s best attempt at religion, is where Moon has concentrated his efforts, in the hope that other religions will unify under Christianity—at least his version of it. Thus, with Moon as its monarch, the world will be unified under another, superior worldwide Christianity (however, a “Christianity” more aligned to paganism than to biblical teaching).

I stayed in Japan for two weeks before I came here. During that time, five leading members of Buddhism and Shintoism joined our group through the guidance and messages of the spirit world. In this way, unification of the world will be fulfilled. Otherwise, how could we unify all religions?… Buddha comes to them and says that his mission is now over, and that his followers should go to Mr. Moon because he is the one to unify all religions “like rivers run into the ocean.” Confucius says the same thing.[5]

Young Oon Kim refers to the fact that in 1954 in Korea, “Some members came to [Moon’s] group through direct guidance of the spirit world.” Besides Buddhists and Confucists being led by the spirits of their deceased leaders, he also mentions a Catholic woman led to Moon by the Virgin Mary. [6]

Moon alleges that “the Unification Church does not have any secrets.” [7] Sontag writes: “Does Reverend Moon teach anything different in private to his followers than he admits in his public proclamations? I asked this question of members around the world and got every answer but yes.” [8] Of course, in-house replies are hardly evidence that Moon has no secrets, especially if members are instructed not to reveal them.

Not all UC teachings are given up front. Moon himself declares, “If I explain everything plainly about the birth of Jesus, it may stumble many Christians in accepting God’s new dispensation. Therefore, I don’t want to explain everything too plainly here.”[9] This statement could easily have been a reaction to incidents like the following, reported at a UC training camp:

They were talking about how Mary was not a virgin, because she had sex with Zecharias, and that Jesus was the son of Zecharias, and that Joseph had come home and there was Mary in a fallen state in the temple, and this Christian guy just freaked out. He jumped up and went straight through the window glass and took off into the woods. I was shaking, it was so horrible. And apparently, later he didn’t remember doing it. They said some people were spiritually weak, and they’d sometimes have to sprinkle salt around them, and exorcise them.[10]

The former member who related this incident claimed, “They’re very secretive, and they were holding back a lot of things.” [11]In The Master Speaks, Moon admits that he has to be careful to ensure that he does not reveal his real purposes or plans to the wrong people.

Further, there are vital practices that non initiates are not privy to. Moon again admits, “There are many things going on behind the scenes which will be made public much later in history; we cannot do it now.”[12] One can only ask, “Why not?”, if they are not a secretive organization as they claim?

The fact is, Moon not only guards secret teachings from the general public (“It is all right to say Sun Myung Moon has been here, but don’t say who he is”)[13], he has secret teachings that even his own disciples are not ready to hear. Indeed, former President of the UC in America, Neil Salonen, believes that some of Moon’s own blood (remember it is pure, not Satanic) was placed into the communion wine at his 1960 wedding and is being preserved by dilution for all future rites.[14] Moon admits, “At the [wedding] ceremony, I use a holy wine that was made through special revelation. Through the use of this holy wine, your body is cleansed. The wine signifies new life. I could not make this wine until I had made enough conditions and received sanction from God…. It is made of 12 materials. After it was made, many spirits came and asked for a cup of it.” [15] (In some spiritistic traditions, spirits encourage the use and drinking of blood.) As we will see, there is some concern over alleged secret blood purification sex rituals in Moon’s early church which, seemingly, were a prerequisite aspect for saving the world.

Spiritistic revelations routinely bring a form of bondage through the superstitious practices demanded. (There is a mansion in California that is an architectural nightmare. Its owner was promised by the spirits that he would never die as long as he kept building additional rooms.)

There was also widespread use of “holy salt.” Most [members] carry holy salt with them at all times, in order to sanctify their food. Everything has to be sanctified before you eat. If you don’t have holy salt to sanctify the food, you must blow on it three times. If you stay in a motel room with a fundraising team, you have to sanctify the room first. You put three handfuls of holy salt in the middle of the room and then sprinkle salt around the room as you repeat a certain prayer. You have to open the windows and doors so the spirits can get out. If they are stupid spirits, they won’t realize that they can go through the wall, and so they’ll be looking for the door. You have to open the door in case they happen to be stupid spirits. [16]

If you were sick or in a bad mood, you would use holy salt. The spirits supposedly entered through the back of the neck, and you could sanctify yourself by getting them off the back of your neck. If someone freaked out, you would throw holy salt on them. I remember one evening my best girl friend experienced some kind of possession and started talking very strangely. So we threw holy salt on her and immediately felt the atmosphere in the room change. The spirits left, and she became normal. In the movement there was always a lot of talk about spirits and the spirit world. It wasn’t anything unusual for me to see a spirit walk into a room and sit down and talk. There was also a tremendous emphasis on visions and personal revelation. It was considered a mark of distinction if you had visions…. I heard voices a lot and frequently hallucinated. [17]</blockquotes>