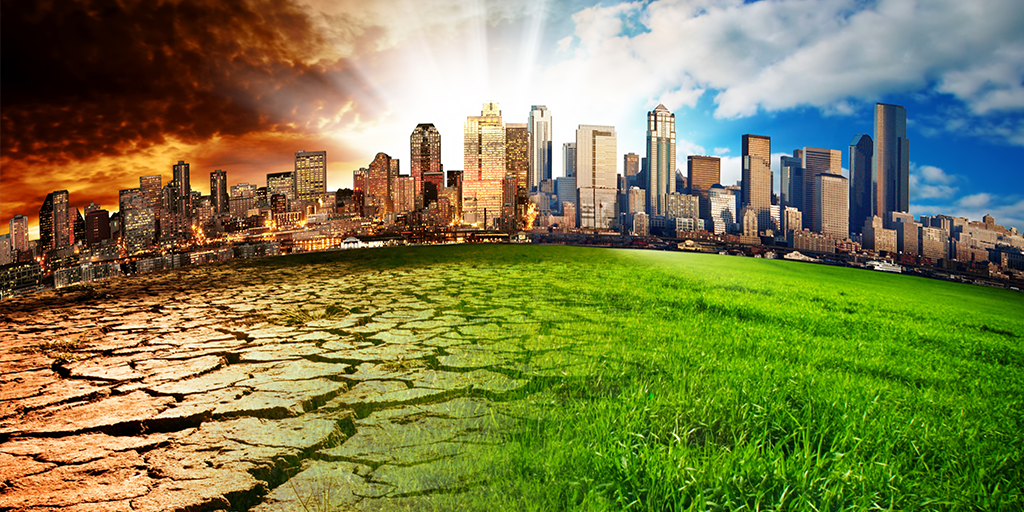 Since President Trump withdrew our country from the Paris Climate Accord we have endured a storm of despair and criticism from climate alarmists. Many are famous people in government or the entertainment industry who commandeer the microphones and turn up the speaker volume. They loudly claim affirmation from scientists. Our populace is deluged by claims from the authority of science on multiple issues without being informed of the possibility of ideological overlay in the science profession. Climate is a hot-button issue which parallels the lines of political ideology. Generally, citizens divide themselves politically along the lines of climate alarmism on the left and climate optimism on the right. We use the somewhat hackneyed, time worn example of perceiving the glass as half empty or half full.

Dissent on environmental, historical, philosophical, political, religious, lifestyle, or worldview matters often generates heat instead of light. Many disagreements boil down to personal opinion or preference. The climate matter is said to affect our present and future welfare or even survival of the human race. For example, we quote utterances of two prominent politicians, one astronaut, and one actor. These are mere samples; hundreds of famous ideologues offer their opinions. They are not scientists but often clothe themselves in the imprimatur of science. Theologians sometimes inappropriately enter the fray. John Kerry, former Secretary of State under the Obama administration and Democratic nominee for president in 2004 voiced several incredible claims in response to the president’s decision: “He is not helping the forgotten American, he is hurting them. Their kids will have worse asthma attacks in the summer.” In 2014 after a US Senate all-night “filibuster” by Democrats to highlight the dangers of climate change, majority leader Harry Reid implored the world to “act before it is too late,” claiming also that it is “the worst problem facing the world today.” Astronaut Scott Kelly has stated withdrawal from the agreement “will be devastating to our planet.” Actor and environmental activist Leonardo DiCaprio intoned “This is the most existential crisis our civilization has ever known.”

Global attitudes toward our exquisite planetary climate system have now been linked by the EPA to the perception that CO2, a plant-sustaining trace gas in our atmosphere, is a dangerous pollutant. The effects of slight warming of the Earth’s atmosphere (1.3º C in the last 136 years) provokes environmental horror and predictions of planetary doom in the face of a seven-fold increase in Earth’s population and concomitant multiplication of world food supply in the past two centuries. Many weather disasters such as floods, droughts, hurricanes, tornadoes, blizzards, and heat waves have statistically decreased in their frequency and intensity in the last few decades. How then do we account for journalistic zeal touting global warming when ordinary contemporary weather events are reported by the media? We are ruled by a cadre of climate model enthusiasts predicting conditions far into the future. We posit that this negative enthusiasm is unscientific and unhealthy.

Respected meteorologist Roy Spencer has presented meaningful contrarian research to counter popular global warming enthusiasm. For example, he claims the “climate system is dominated by stabilizing processes rather than destabilizing processes.” Spencer is a signatory to “An Evangelical Declaration on Global Warming,” which states “Earth and its ecosystems—created by God’s intelligent design and infinite power and sustained by his faithful providence—are robust, resilient, self-regulating, and self-correcting, admirably suited for human flourishing, and displaying his glory.” Spencer believes most climate change is natural in origin, the result of long-term changes in Earth’s albedo (portion of incident radiation reflected by a surface) and anthropogenic greenhouse gas emissions have caused some warming, but its warming influence is small compared to natural, internal, chaotic fluctuations in global average cloud cover.

Popular alarmist opinion poses release of CO2 from fossil fuel burning as a “destabilizing process” as mentioned in the above paragraph. CO2 is a divine favor supplied by the Creator of planet Earth. The tiny amount of warming experienced by Earth since 1880 should be considered a blessing, certainly not a bane. Moderate warming has been a boon to agriculture. A small increase in CO2 levels has been proven to promote better crop growth as have other man-made improvements in agricultural practices.

We would like to see the microphone transferred into the hands of reasonable climate scientists and out of the hands of unreasonable climate alarmists. Politicians and Hollywood entertainers feed on power and public adulation. Our perception is that the power of ideology has been manipulated by political parties and entertainers far too long. We pray that sound science and ordered thinking would predominate.

The climate system is exquisitely beautiful and productive in terms of its ability to supply our world population with food. Since world industrialization world population has increased dramatically. In 1900 world population was 1.5 billion; in 2000 population was 6.1 billion; in 2017 it grew to 7.5 billion. In 1880 fossil fuels began to be a major factor in the growth of humanity. In 1850 the world’s Little Ice Age came to an end and world temperatures began a slow climb. Shining through the haze of climate alarmism is the current obsession with CO2 emissions. Of course, CO2 contributes to some warming of the atmosphere, but likewise, so do many other atmospheric components. Often neglected in the climate change mania is the effect of stupendous world population growth and the rapid urbanization of the world’s elevated population. This elevated population has not always contributed positively as they densely wedged into urban areas, cleared the Amazon rainforest, and contributed to Earth warming in multiple other ways.

Analysts have highlighted complex global weather oscillations which have existed since man inhabited this planet. These oscillations are not well understood or appreciated as many focus inordinately on fossil fuels. Not only have these weather oscillations existed since the Little Ice Age ended in 1850, but they were present to extricate Earth’s population from the Wisconsin Ice Age and launch humanity into the famous “agricultural revolution” when the Ice Age abated about 12,000 years ago. From the end of the Ice Age until the present there have been at least a dozen minor and major climate oscillations in which CO2 was not a major player.

In future posts we will develop the position that reducing the fossil fuel burning to a fraction of present levels in response to the perceived dangers of continued CO2 emission would devastate the health of uncounted millions of poor people in developing nations as well as shackle the United States with costs of trillions of dollars. These are financial resources which could be more appropriately expended to “subdue the Earth” and benefit humanity in other prudent and beneficial ways (Genesis 1:28).

The geologic history of Earth has provided hydrocarbons usable in modern times in great abundance. These are accurately described as fossil fuels. We now tap into petroleum, natural gas, and coal deposits produced tens or hundreds of millions of years ago as the result of decomposition of buried dead organisms originally produced by photosynthesis. Additional deposits are being discovered constantly. New methods are being discovered to recover these treasures of fossil energy. The Creator, timeless in his planning and provision had humanity in mind to provide wonderful stores of energy for our age of technology. For this, we offer humble thanks.