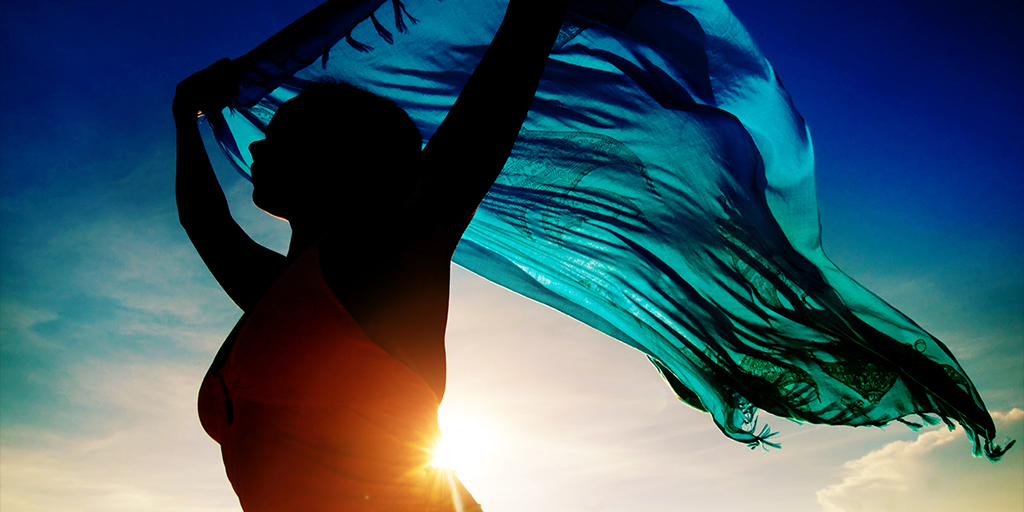 An attribute admired by all is courage. Who has ever read the story of David and Goliath and not been moved by the strength of spirit that enabled a young shepherd boy to face such a fearful moment with boldness and poise (1 Samuel 17). We all long to be characterized as brave but the truth is that we live much of life in fear. Perhaps you are confronting fear or anxiety at this very moment. Perhaps you are struggling with paranoia over the possible catastrophes tomorrow may bring. I would like to consider some charac­teristics of courage from the life of David.

You do not have to read very much of the Bible before you find someone who is challenged by fearfulness. The emotion is a natural response that any mortal should have when confronted with the reality of life outside of our control. It is this reality of life outside of our control that is in biblical terms called a test. “Fear not” is commanded many times in Scripture. I would like to suggest that fear is not bad until it prompts a response of unbelief. It can pump adrenaline into the body and sharpen our minds, quicken our responses and heighten our senses. On the other hand, it can immobilize the body and dull our minds, slowing our responses and stifling our good senses. It can cause a response of trust and dependence upon God our Savior or it can cause a panic search for help from someone or something other than God. Life in a fallen world is designed to test our belief system. It is a pass/fail system with belief or unbelief as the only two responses. David passed the test rebuking Goliath and the Philis­tines with the final words that many would ever hear on earth, “the battle is the Lord’s, and He will give you into our hands” (1 Samuel 17:47). King Saul, in an earlier battle against the Amalekites, failed his test admitting to the prophet Samuel, “I have sinned; I have indeed transgressed the command of the Lord and your words, because I feared the people and listened to their voice” (1 Samuel 15:24). David displayed courage basing belief upon the one true God. King Saul’s fear of the people revealed the unbelief in his heart. Goliath had courage but it was based upon belief in false gods and his own strength. To pass the test is to bring glory to God and experience deliverance for you and others through the personal exercise of faith. Belief is exercised when we trust that what God has declared in His Word is true. This faith is exercised despite the way life may be perceived by others.

Courageous believers face fear with an experience of faith in the presence of God.

In Jesus Christ there is a place of perfect peace. There is an intimate relationship that we can experience with Him that will cause us to be ready when the crises come. David’s prayer in Psalm 27:4 is that He might dwell in the Lord’s house and behold the beauty of the Lord. David knew that the presence of God is the best security in the day of trouble. In Psalm 11, David reproves the counsel of panic-stricken advisors when catastro­phe strikes. We are given a glimpse into David’s belief system in progress. These are the things that a man of God, a man of courage should think when confronted with the reality of life outside of our control. In verse 4 David states, “The Lord is in His holy temple; the Lord’s throne is in heaven.” In other words God is sovereign. He is in control over the earth and over all people. Nothing, not even bad things are outside of His control. In addition, despite the fact that there were evil people devising wicked schemes to harm

David, he knew that God sees everything and tests the motives and actions of all men. God will judge justly. Meditation upon the presence and attributes of God will safeguard us from panic in times of crisis. There is an intimate knowledge of God, a confidence in His proven character that honors God.

Courageous believers have a clear picture of God’s purpose for their life.

God made an everlasting covenant with David (2 Samuel 7). God in the New Testament has provided an everlasting covenant for us through the shed blood of His Son. The life of the believer is intertwined with the purposes of God. David’s confidence that he would experi­ence victory came from the assurance that he was acting according to God’s purposes. David spoke boldly concerning Goliath saying, “who is this uncircumcised Philistine, that he should taunt the armies of the living God?” (1 Samuel 17:26). Circumcision was the sign of the Abrahamic covenant that God had made with Israel not the Philistines. David’s confi­dence was based upon the promises of God for the nation of Israel. For believers today God’s word declares that we are God’s “workmanship, created in Christ Jesus for good works, which God prepared beforehand, that we should walk in them” (Ephesians 2:10). 2 Peter 1:3-4 says, “His divine power has granted to us everything pertaining to life and godliness, through the true knowledge of Him who called us by His own glory and excel­lence. For by these He has granted to us His precious and magnificent promises, in order that by them you might become partakers of the divine nature, having escaped the corrup­tion that is in the world by lust.” So we are commanded to be fearful for nothing but by prayer and supplication make our requests made known to God. We are to cast all our anxiety upon God because He cares for us. For those who love God and are called accord­ing to His purposes there is always the assurance of victory. There is the knowledge that God will work all things together for our benefit. Just as David experienced victory based on the promises of God for Israel and for the Davidic dynasty, so we will experience victory by faith in Jesus Christ.

The experience of His presence is based upon our understanding and exercise of His word. God will fulfill His promises and He will always act consistently with His Word. The people who stand in the hour of crisis are those who believe the promises of God. Their thinking is clear and it is based upon divine viewpoint. We cannot believe the Word until we know it and understand it. All the things that we discover in the word of God must become the objects of our faith. Hebrews 4:12 states, that the word of God is able to pierce through the immaterial part of man, into his soul and spirit, discerning the thoughts and intents of the heart. “For the word of God is living and powerful, and sharper than any two-edged sword, piercing even to the dividing asunder of soul and spirit, and of joints and marrow, and is a discerner of the thoughts and intents of the heart.”

There may be some insurmountable things taking place in your life today. You may be facing fears that cannot be mastered by human measures. Perhaps you were a person who was assaulted in your own home and now you live in constant fearfulness. Perhaps you were molested as a child and you cannot find security in any relationship. Perhaps you are struggling with anxiety attacks because of known or unknown stresses upon your life. God’s Word has a healing effect upon our lives. He freely offers salvation from our sins.

He offers deliverance for the brokenhearted and He has the power to help you. Put your trust in the living God and take confidence in the promises of His Word.

Thank you so much for an article that doesn’t condemn or chastise for fear, but rather encourages the fearful and gives strategies for coping. I am 82 and have a many- faceted incurable illness which is now progressive. I speak out faith and trust words…but the feelings have just not matched up with them. Being in physical distress 24/7, housebound and alone 99% of the time, (family and friends are with the Lord) doesn’t help, and now my intercessory prayer-life is suffering. Spoken longings for my own encouragement and support have seemed cries of self-pity and have compounded guilt. Your… Read more »