Does Matter Alone Explain the Complexity of the Universe? – Part 2 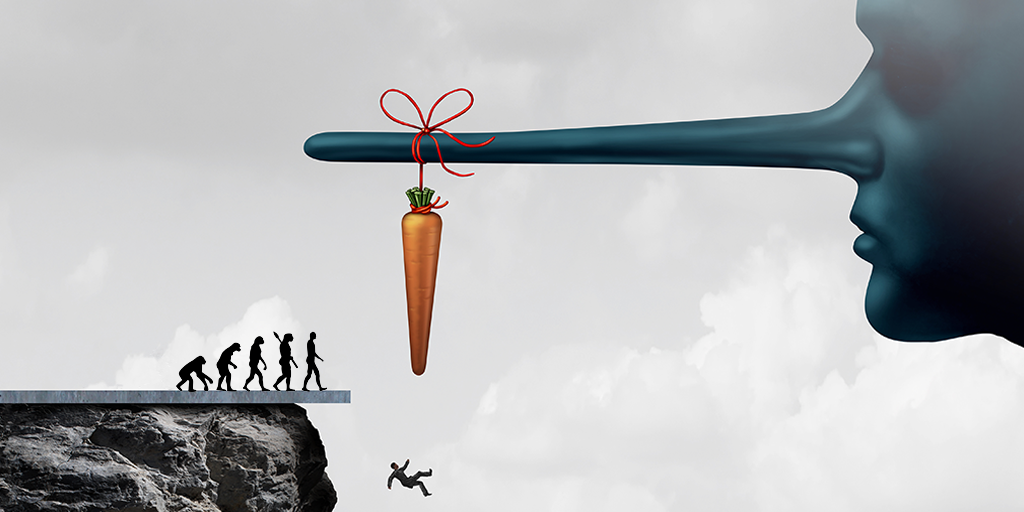 False Assumption Five: Matter alone can explain the origin of life and the complexity of the universe. (Therefore, there is no need to postulate belief in a Creator God.)

The esteemed Carl Sagan and other prominent scientists have estimated the chance of man evolving at roughly 1 chance in 102,000,000,000.[1] This is a figure with two billion zeros after it. According to what is termed Borel’s single law of chance, this is no chance at all. Indeed, this number is so infinitely small it is not even conceivable. So, for argument’s sake, let’s take an infinitely more favorable view toward the chance that evolution might occur. What if the chances are only 1 in 101000 the figure that a prestigious symposium of evolutionary scientists used computers to arrive at? But even this figure involved only a mechanism necessary to abiogenesis and not the evolution of actual primitive life. Regard­less, this figure is also infinitely above Borel’s single law of chance—beyond which, put simply, events never occur (1 chance in 1050).[2]

Thus, in Algorithms and the Neo-Darwinian Theory of Evolution Marcel P. Schutzenberger of the University of Paris, France, calculated the probability of evolution based on mutation and natural selection. With many other noted scientists, he also con­cluded that it was “not conceivable” because the probability of a chance process accom­plishing this is zero: “…there is no chance (<101000) to see this mechanism appear sponta­neously and, if it did, even less for it to remain….Thus, to conclude, we believe there is a considerable gap in the neo-Darwinian Theory of evolution, and we believe this gap to be of such a nature that it cannot be bridged within the current conception of biology.”[3]

We can also gauge the size of 1 in 101000 (a figure with a thousand zeros) by consider­ing the sample figure 10171. How large is this figure? First, consider that the number of atoms in the period at the end of this sentence is approximately 3,000 trillion. Now, in 10171 years an amoeba could actually transport all the atoms, one at a time, in six hundred thou­sand, trillion, trillion, trillion, trillion, universes, each universe the size of ours, from one end of the universe to the other (assuming a distance of 30 billion light years) going at the dismally slow traveling speed of 1 inch every 15 billion years.[5] Yet this figure of one chance in 10171, quite literally, cannot even scratch the surface of one chance in 101000—the “chance” that a certain mechanism necessary to the beginning of life might supposedly evolve. Again, who can believe in something whose odds are 1 “chance” in 101000 to 1 “chance” in 102,000,000,000 or even far beyond this? Yale University physicist Harold Morowitz once calculated the odds of a single bacteria reassembling its components after being superheated to break down its chemicals into their basic building blocks at 1 chance in 10100,000,000.[6] In fact, the dimensions of the entire known universe can be packed full by 1050 planets—but the odds of probability theory indicate that not on a single planet would evolution have ever occurred.[7]

This kind of probability “progression into absurdity” is the very reason Borel devised his Single Law of Chance—to show that beyond a certain point some things will never happen. For example, what are the odds that elephants will ever evolve into helicopters? There are none, no matter how much time we allow for the event to occur.

So what kind of logic deduces that the infinitely more complex things in nature resulted from chance when all the facts and evidence we possess concerning every single man­made object in existence around the world says these much simpler objects had to result from intelligence, plan and design? If the “simple” objects demand intelligence, how do the infinitely more complex objects arise by chance?

So, isn’t it true scientists require a great deal of faith to believe in evolution? But should their faith be considered a rational faith or an irrational faith?

Again, there are really only two options concerning our existence: naturalism or super­naturalism—and both require a belief in miracles. If miracles must be accepted either way, one would think that science would go with the theory having the most evidence in its support—scientific creationism.

Placed into a more practical setting, if a horse had only one chance in 101000 of placing first, how much money would a scientist bet on it? Would he or she bet even a dollar? If not, should anyone gamble their convictions about reality and personal destiny on the basis of one chance in 101000?

If, in ultimate terms, there are only two possible answers to the question of origins, then the disproving of one logically proves the other. If A or B are the only possible expla­nations of an event, and A is disproved, only B can be considered the cause. If the chances of evolution occurring are e.g., “one” in 10100,000,000,000, then the chance of creation occurring would have to be its opposite—the odds being 99.9 (followed by one hundred billion more 9’s). Evolutionist George Wald of Harvard has stated that a 99.995% probabil­ity is “almost inevitable.”[8] Then what of 99.999999999999999 (plus one hundred billion more 9’s)—the “chance” that creation has occurred?

Thus, it is not surprising to hear famous astronomer Sir Fred Hoyle concede that, the chance that higher life forms might have emerged through evolutionary processes is com­parable with the chance that a “tornado sweeping through a junk yard might assemble a Boeing 747 from the material therein.”[9] As he ponders the magnificence of the world about him, even the outstanding French biochemist and Nobel Prize winner Jacques Monod admits in his Chance and Necessity: “One may well find oneself beginning to doubt again whether all this could conceivably be the product of an enormous lottery presided over by natural selection, blindly picking the rare winners from among numbers drawn at utter random….[Nevertheless although] the miracle [of life] stands ‘explained’; it does not strike us as any less miraculous. As Francois Mauriac wrote, ‘What this professor says is far more incredible than what we poor Christians believe.’”[10]

Not surprisingly, some evolutionists are frank enough to admit that special creation actually is the better theory, either in whole or part.[11] Unfortunately, it seems that most scientists assume evolution has been proven in other fields and that their field of specialty is the only one with difficulties. In fact, every field is fraught with difficulties and those who recognize this are more open to considering creation.

Writing in the Physics Bulletin for May 1980, H. S. Lipson at the University of Manchester Institute of Science and Technology and a Fellow of the Royal Society con­fesses the following: “I have always been slightly suspicious of the theory of evolution because of its ability to account for any property of living beings (the long neck of the giraffe, for example). I have therefore tried to see whether biological discoveries over the last 30 years or so fit in with Darwin’s theory. I do not think that they do.” He further con­cedes, “In the last 30 years we have learned a great deal about life processes (still a minute part of what there is to know!) and it seems to me to be only fair to see how the theory of evolution accommodates the new evidence. This is what we should demand of a purely physical theory. To my mind, the theory does not stand up at all. I shall take only one example—breathing.” And he proceeds to show how one cannot account for breathing on evolutionary assumptions. After further discussion, he asks, “How has living matter originated?” and concludes: “I think, however, that we must go further than this and admit that the only acceptable explanation is creation. I know that this is anathema to physicists, as indeed it is to me, but we must not reject a theory that we do not like if the experimental evidence supports it.”[12] It is refreshing indeed to read such words.

In his Biology, Zoology, and Genetics: Evolution Model Versus Creation Model 2, Dr. A. Thompson observes (1983, 76), “Rather than supporting evolution, the breaks in the known fossil record support the creation of major groups with the possibility of some limited variation within each group.”[13]

Dr. Austin Clark, the curator of paleontology at the Smithsonian Institution observed in the Quarterly Review of Biology: “Thus so far as concerns the major groups of animals, the creationists seem to have the better of the argument.”[14]

In the area of comparative biochemistry, Bird observes, “This comparative unrelatedness argument is an affirmative evidence for the theory of abrupt appearance, as not just Denton and Sermonti but Zihlman and Lowenstein acknowledge in reference to the comparative biochemistry evidence, saying that ‘this constitutes a kind of “special creation” hypothesis.’”[15] Even such eminent scientists as Sir Fred Hoyle and Chandra Wickramasinghe, his research partner, in discussing the “theory that life was assembled by an [higher] intelligence” state, “Indeed, such a theory is so obvious that one wonders why it is not widely accepted as being self evident. The reasons are psychological rather than scientific.”[16]