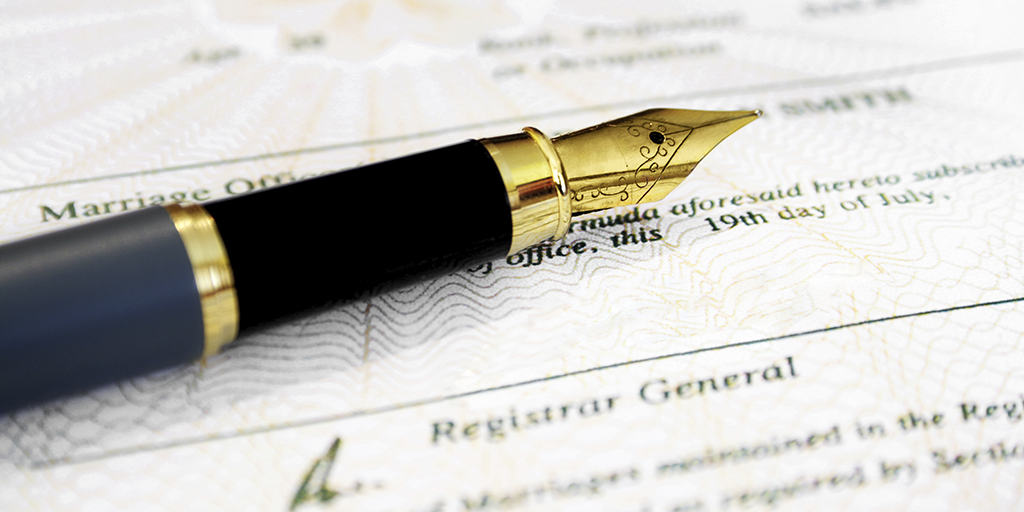 Kentucky county clerk Kim Davis knew the U.S. Supreme Court’s decision in June regarding same-sex marriage would have consequences for her job—but now her job is on the line. In the first major religious liberty controversy related to the Supreme Court’s ruling, Davis’ legal battle to exempt herself from issuing marriage licenses to same-sex couples has been denied, forcing her to either comply or lose employment with the state of Kentucky.

NBC News quoted the federal judge’s decision on this matter that read, “It cannot be defensibly argued that the holder of the Rowan County Clerk’s office, apart from who personally occupies that office, may decline to act in conformity with the United States Constitution as interpreted by a dispositive holding of the United States Supreme Court.” According to her legal representative, “She’ll report to work tomorrow, and face whatever she has to face.” (http://www.nbcnews.com/news/us-news/supreme-court-rules-against-kentucky-clerk-gay-marriage-case-n419191)

What does the Bible say in relationship to this new religious liberties issue? On one hand, Christians are called to submit to governing authorities (Romans 13; 1 Peter 3; Titus 3:1). However, Scripture also offers insights into situations in which a Christian is directed to act in ways contrary to biblical teachings.

A key example is found in the life of the Jewish prophet Daniel. In Daniel 6, his political opponents helped create a law that no one could pray to a god or person for thirty days except to the king. Daniel prayed, not only in private, but in front of his window three times each day. He faced capital punishment—being thrown into the lions’ den—yet would not comply. In his case, God miraculously spared his life.

The apostles also faced the challenge of a Jewish political system that commanded them not to speak about Jesus. In their response, they stated, “We cannot but speak of what we have seen and heard” (Acts 4:20). In their situation, the apostles were threatened, but released (v. 21).

Yet God does not always choose to exempt His faithful followers from persecution. The apostle Paul often served God from behind bars, including a two-year house arrest in Rome while awaiting trial (Acts 28:30-31). Tradition states Paul was later beheaded under Emperor Nero’s rule as the result of Christian persecution.

Jesus certainly did not escape punishment for doing what was right, either. Though He was without sin (Hebrew 4:15), Jesus endured death for His beliefs.

If you stood in the same situation as Kim Davis, what would you choose? Would you be willing to endure a legal battle and loss of job to stand for your belief in marriage as the Bible defines in Genesis 2?

As a nation known for religious freedom, Americans now face a growing hostility toward beliefs that stand in opposition to recent legal challenges, including those associated with same-sex marriage. It is time for Bible-believing Christians to choose where they stand—and be willing to face consequences—in the days ahead.

In addition, we can and should pray for all involved. This includes Christians who face opposition to religious liberties, as well as those who oppose them (Matthew 5:44).

Finally, American government is designed as government “by the people” and “for the people.” You have the opportunity and responsibility to seek change that reflects your values through appropriate political processes. Rather than standing by without acting during difficult times, we can work in efforts that can improve the situation. We are to have biblical convictions and live by them (James 1:22).

I am truly conflicted by this article and can see both sides of the issue. I served 28 years as a police officer, trying my best to administer my duties as a follower of Jesus without compromising my beliefs. I think that the verses requiring us to submit to the governing authority are very persuasive in this matter. Ms. Davis’s refusal to issue civil licenses for marriage to both gay and straight couples (in order to be non-bias) seems contrary to Romans 13 and so on. However, I also admire Ms. Davis and her commitment to the Lord. Thus the… Read more »