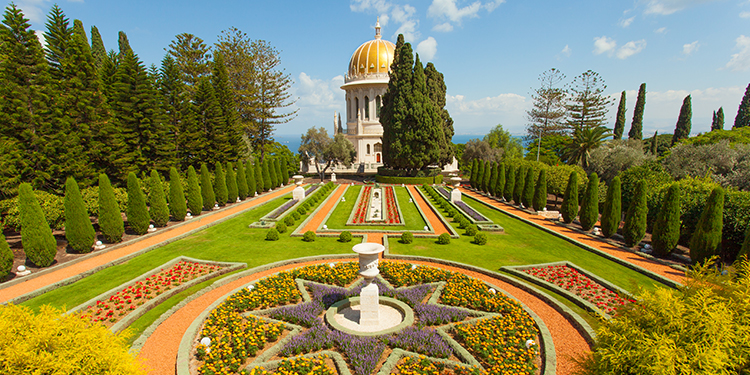 Occult Aspects of the Baha’i Faith

Occult Aspects of the Baha’i Faith

There is a psychic dynamic to the Baha’i faith, both in terms of its occult history and also, potentially, in the mysticism of some Baha’i practices. It is often argued that mysticism and the occult are distinct categories, and, while this is true in certain particulars, our own research leads us to argue that mysticism has a stronger connection to the occult than many practitioners are willing to concede. Nevertheless, while some public pronouncements of Baha’i may deny an interest in the psychic and mystical realms, we are not thereby convinced of its absence.

Shi’ite Muslim religion, from which Baha’i developed, has been influenced historically by spiritism. To explain this, some background history is necessary. Shi’ites acknowledge twelve Imams, or familial successors to Muhammad, appointed by God through the previous Imam. Shi’ites believe there is a special hidden Imam, and they look for him as earnestly as Jews did for the Messiah. [1] This twelfth Imam reportedly disappeared as a child in 873 A.D., and it is believed he is still alive. For seventy years after the disappearance of the last Imam, four “Babs” (gates) communicated with him psychically, directing his will to the people. After the fourth Bab died, there was no Babi-successor and the Shi’ites were cast off from direct contact with “The Lord of the Age.” Today they still pray for his return, as they have for over 1,000 years. One day he will reappear to usher in a theocratic utopia. (Speculation here, incidentally, was one reason for the popularity of the Ayatollah Khomani in Iran.)

How does this relate to Baha’i? Of the various heretical Shi’ite sects known as ghulat (they usually believe in reincarnation), the Bab’s Shaykhi sect held to a belief that “there must always exist among men on earth some person who is in direct supernatural communication with the Hidden Imam.”[2] Again, the Baha’i faith stems from this group.

The Shaykhi sect split over the issue of a successor to Syyid Kazim, the second psychic intermediary who died in 1843. Two men claimed successorship. One was Syyid Ali Muhammad who took the title Bab. His became the stronger faction, and his followers became known as Babis, forerunners of the Baha’is. [3]

As a Muslim, the Bab would have believed, as Muhammad taught, that God had sent mankind various great prophets, like Moses and Jesus. According to orthodox Islam (Sunni or shi’ite), however, Muhammad was the final and greatest prophet. But as a mystic, and probably as a result of spiritistic influence,[4] the Bab came to believe that he, not Muhammad, was the greatest Manifestation of God to date, and with this conviction the Baha’i faith was born.

Some of the Bab’s occult activities are noted by Miller. The Bab supported mystical meditation and repetitious prayer was used to enter altered states of consciousness. And, “The Bab placed great importance on talismans…. All believers were commanded to wear certain amulets and charms and seals designed by the Bab himself. Charms were to be tied about the necks of infants. It seemed to Gobineau that the Bab wished to revive the ancient paganism of Chaldea…. For in his opinion the Babi system was full of animistic practices, and even polytheistic features were not wanting.” [5]

The Bab’s successor was also a mystic: “The mysticism of Baha’u’llah is in conformity with that of the “perennial philosophy” dear to Aldous Huxley, that of Meister Eckhart, Saint John of the Cross, Jakob Boehme, that also which is expressed in the Bhagavad-Gita and the writings of the great Sufis.” [6] Chouleur observes, “It would be regrettable… if the essentially mystical origin of the Baha’i Faith were lost from view.”[7] But the public relations efforts of Baha’i tend to play down the mystical side of that faith.

Baha’u’llah, supposedly somewhat less mystical than his predecessor, was no stranger to occult revelations. The Kitab-I-Iqan itself was “revealed” to him in 1862 in two days and nights.[8] In fact, given the extent of literary output by the Bab, Baha’u’llah and ‘Abdu’l-Baha, it would not be surprising to learn that much or most of their writings were supernaturally revealed. (Certainly, the precedent had been laid long ago with Muhammad and the “angel Gabriel,” who Muslims believe revealed the Qur’an.) In 1852 “The ‘Most Great Spirit’ appeared to Him [Baha’u’llah] in a dream and on every side was heard these words: ‘Verily, we shall render Thee victorious by Thyself and by Thy pen.’”[9] Such mystical occult writings of Baha’u’llah include The Seven Valleys and the Four Valleys, The Hidden Words of Baha’u’llah and Tablet of the Holy Mariner. [10]

‘Abdu’l-Baha continued the tradition. In The Wisdom of Abdul-Baha, he said: “Through the faculty of meditation man attains to eternal life; through it he receives the breath of the Holy Spirit—the bestowal of the Spirit is given in reflection and meditation. This faculty of meditation frees man from the animal nature, discerns the reality of things, puts man in touch with God…. Let us keep this faculty rightly directed—turning it to the heavenly Sun [spiritual reality] and not to earthly objects—so that we may discover… the mysteries of the Spirit.” [11]

In almost any mystical system, exploring the “mysteries of Spirit” is a potential door to the world of the occult. The possibility of mystical experiences among modern Baha’is is clearly present. Several illustrations follow. McLean refers to an experience of “intuitive knowledge” during the Baha’i Nineteen Day Feast, which can apparently be a mystical attempt to unite with the revelations of Baha’u’llah.[12] This is a way of “knowing” beyond the rational. One empties himself of all rational knowledge and opens himself to mystical knowledge of the “Holy Spirit.” Baha’u’llah said, “Know verily that Knowledge is of two kinds: Divine and Satanic. The one welleth out from the fountain of divine inspiration…. The other is but a confirmation of the truth: ‘Knowledge is the most grievous veil between man and his Creator.’”[13] Baha’u’llah did not mean one should give up all learning (compulsory education was one of his teachings), however God could never be found through what he believed was “satanic knowledge.” McLean also discusses this mystical-psychic approach to knowing God:

Baha’u’llah and ‘Abdu’l-Baha taught that where the knowledge of God is concerned (this also applies to other forms of knowledge), emotion is a valid and indeed indispensable aspect of the epistemological process…. For a Baha’i the method of securing knowledge is not a detached and objective exercise of reason alone. It involves his participation at the deepest levels of his being. The exercise of the passions must also involve the use of volition. If he finds difficulty in attaining these states, he must intently desire their realization…. As for the nature of the mystical experience itself, the Baha’i Faith recognizes its intrinsic value…. While nothing in the Faith prevents individuals from sharing such experiences with others, under no circumstances do they take on an authoritative character to be imposed upon the body of the believers. Baha’u’llah’s Revelation and the authorized interpretations of ‘Abdu’l-Baha and Shoghi Effendi remain the definitive statement for the believers. Any mystical experience the individual may have, moreover, ought to be set within a theological and metaphysical framework that is the means of verifying its validity.[14]

Baha’u’llah’s Seven Valleys describes seven often interrelated “stages” that the soul must pass through before it reaches its final goal. Three of these include :

1. A transcending of duality into a monistic-pantheistic awareness: “He pierceth the veils of plurality…. He looketh on all things with the eye of oneness.” “There was God and there was naught beside Him.” The spiritual wayfarer leaves behind him the stages of “‘oneness of Being and Manifestation’ and reacheth a oneness that is sanctified above these two stations.”[15]

2. The transformation of normal perception into mystical perception: “inwardly they are throned in the heights of mystic meaning; they eat of the endless bounties of inner significances.” [16]

3. The death of the limited ego and mind for “annihilation” in God: “then shalt thou gaze on the Beloved, and forget all else…. Now hast thou abandoned the drop of life and come to the sea of the Life-Bestower”; “strive with all thy soul that thou may disappear and be lost, like unto a drop, in the ocean of God’s love” (‘Abdu’l-Baha).[17]

Clearly, Baha’u’llah was familiar with mystical-occult experiences, and just as clearly we can see this approach in many of his followers.

very much enjoyed reading the article. it seemed to be a good over view and just the perspective i was wanting to get a feel for. I’ve been a Baha’i since ’74, and practicing the Traditional Chinese NeiGong (internal arts meditation) since ’95. the Chinese forms use meditation without a ‘Radical Transcendent’ (much in the same way we moderns imagine the Laws of Quantum Mechanics) rather than as a Universal Divine Being as with practice of religions. I’ve found the practice to very helpful for personal introspection.. clear some social ideology out of my attic so to speak. after working… Read more »

Allah’u’abha!..God being the Unknowable Essence, we need not be overly concerned regarding our own personal concept thereof, outside of recognising the Manifestation of God, and Dawning Place of the glorious Names and Attributes. This highest of all mystical realisations and attainments is as a pure channel, a bridge of grace abounding. I have often wondered whether, perhaps, many of the experiences along the way are possibly momentary glimpses into the potentialities latent within our own soul, as we are able to contain them. The consideration thereof has always reminded me of the Name: The Supreme Horizon. And, all of the… Read more »

” From everlasting was He alone; there was none else besides Him”
— Baha’u’llah
“The Summons of the Lord of
Hosts”