Politics and Atheism on the Riviera | John Ankerberg Show
Donate 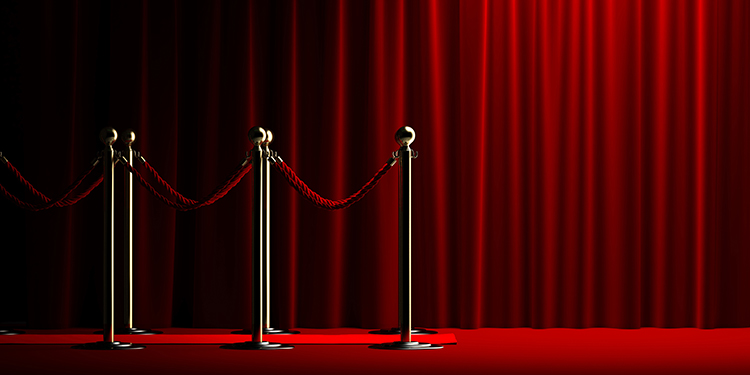 Politics and Atheism on the Riviera

Politics and Atheism on the Riviera — The 55TH Cannes Film Festival

Coming back to the Cannes Film Festival year after year is an intriguing experience. Many of the people who staff the event and the merchants come back year after year, and their gracious attitudes make a working sojourn in Cannes seem like coming home. They are the heart of the festival and deserve commendation.

Even so, every year the tone of the festival changes. Last year, there was a surprising amount of morality and faith combined with the usual pushing the sexual envelope. Il Mestiere Delle Armi (Profession of Arms), No Man’s Land, Kandahar, Shrek, Taurus, and many others had a Christian or moral perspective or both. Even the dark sexual tragedy, La Pianiste (The Piano Teacher), was a cautionary morality tale. This year, Kenneth Turan, the primary movie reviewer at the Los Angeles Times defined 2002’s 55th Cannes Film Festival as the most political in many years. He notes in his Los Angles Times article for May 16, 2002 that:

“Cannes… was literally born into politics. Its first edition in 1939 ended after but a single day when Germany invaded Poland and World War II began. And in 1968, a political crisis and nationwide general strike in France stopped the festival in its tracks and led to the formation of the rival Directors Fortnight event.

“No one expects anything quite that cataclysmic this year. But after a soul-searching French presidential election so recent it still dominates newsmagazine covers—not to mention Sept. 11 and the ongoing Israeli-Palestinian crisis—nothing looks the same anymore. Even the rash of ‘Attack of the Clones’ French movie covers (the latest Star Wars episode screens here on Thursday) can be viewed as reminders that the federation itself is not immune to political crisis.

“Hoping to calm the waters after Sept. 11, festival president Gilles Jacob wrote to concerned Americans that ‘the festival security services, working in coordination with the police forces, are already putting measures in place to reinforce security’ including bomb-sniffing dogs that can be seen around town and in rail stations around the country. Anti-Semitic incidents in France led the American Jewish Congress to place ‘For Your Consideration at Cannes’ ads in Variety and the Hollywood Reporter darkly comparing France in 1942 with France in 2002 and announcing that ‘Jewish travelers to France are urged to “exercise extreme caution.”’

“Even the films in competition, it turns out, have political connections. For the first time ever, there is both an Israeli and a Palestinian film in the main event. The former, Kedma, about newly arrived 1948 refugees pressed into military service, is by veteran director Amos Gitai (Kaddosh). The latter, Divine Intervention, a present-day love story with political implications, is by Elia Suleiman, whose Chronicle of a Disappearance won a major prize at Venice.

“Also highly politicized is Ararat, the new work from Canadian Atom Egoyan (The Sweet Hereafter). A modern-day drama that focuses on the 1915 massacre of Armenians, the still-unseen film has drawn so much protest from Turkish groups, including a Web site with a boycott-threatening form letter to be sent to distributor Miramax, that Egoyan took the unusual step of declining a spot in the competition because he didn’t want to add to the controversy. “Even films from the U.S., which don’t necessarily go in for this kind of thing, have their political moments this year. Michael Moore’s Bowling for Columbine, taking what is sure to be a controversial look at guns and violence, is the first documentary to be allowed in the competition in decades. And Rosanna Arquette’s out-of­ competition documentary Searching for Debra Winger deals with the sexual politics actresses face as they age.”

Of course, Mr. Turan is right to a degree, although politics, especially leftist politics, is just a part of the political complexion of this year’s movie choices. In fact, for the most part, the common theme of most of the movies in the Palme d’Or competition is not just politics, but practical atheism. Perhaps, Mr. Turan means that there is a communist undertone to the festival, since, as Karl Marx intoned, communism is the ultimate form of atheistic, inter­national socialism, but the atheism this year extends beyond political ideologies into a deeply held perspective, which is sad—the product of years of eroding the Christian foun­dation of Western Culture.

The Cannes Film Festival is not Hollywood. Although it is glamorous, it tries hard to be international and has very few Hollywood stars. Furthermore, it is packed with people from France who must find the festival to be their one chance of excitement in their life.

With regard to the famous red carpet which the executives, stars and celebrities walk up to enter the prestigious screenings, the crowd chose not to see these glamorous people close up on their own TV screens at home. Instead, they are riveted to the empty red carpet and things are so crowded that most people cannot see over the heads in front of them. Yet, they are thrilled at some of the glimpses.

However, the glitz and glamour are just part of the Cannes Film Festival. In the first place, this is a film market. People want the screenings and the reviews to promote the sale of their movies. This year the movie marketplace is down worldwide, so the sales screenings are often empty. Jeffrey Katzenberg screened Spirit: Stallion of the Cimarron with a full orchestra conducted by composer Hans Zimmer, to get enough good buzz going worldwide for the movie. Also, George Lucas showed Star Wars II and tried to promote digital theatrical releases. However, the press gave negative reviews to his attempts at promoting the new technology.

The Palais houses the smaller distributors. The big players have suites in the hotels along the Croisette. Really exclusive sales meetings and parties occur on yachts in the harbor. Wherever the venue, the object is the same: sell your movie to other countries and to the public. Since atheism does not sell in the biggest marketplace of all, the United States of America, this year may not produce the results the distributors seek.

Even so, the Cannes Film Festival is an inviting place. The people are friendly. And, there is always an opportunity to witness to the Truth that sets people free from the confusions of this age.