Has The Bible Been Corrupted? | John Ankerberg Show
Donate 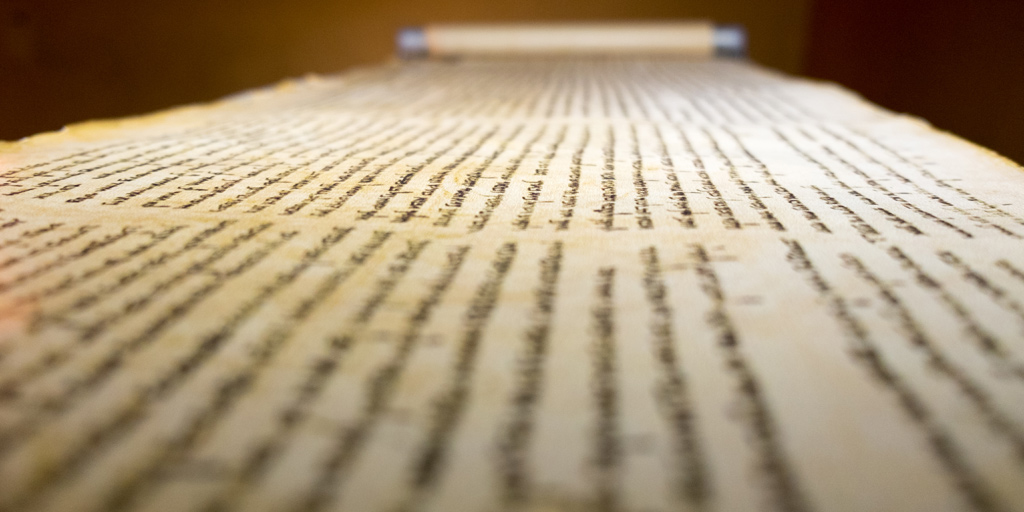 Has The Bible Been Corrupted?

I myself asked this question many times, and since, I have been confronted with the statement that the Bible has been corrupted. It is so easy to say to others that their book has been corrupted. But have we ever asked ourselves why we are saying that? What proof or proofs do we have to make such a statement? Is this even consistent with what we believe about God? You know that the Bible [Injil] is from God: who could or would dare to corrupt what God has protected, preserved and safeguarded? How can God be the Great [Akbar], the Able One [Al-Qader] and the Powerful [Al Qawie], and be unable to protect His own inspired word? You know this is not just a question about the Bible but a question about God. If God could not protect His words in the Bible, how could He protect anything He says? Is not that infidelity [Kufr] itself? I am sure you agree with me that we cannot say that God is powerless or impotent, incapable of protecting His word.

The Bible affirms that the word of God can not be corrupted or changed. Because it says: “And we also thank God continually because, when you received the word of God, which you heard from us, you accepted it not as the word of men, but as it actually is, the word of God, which is at work in you who believe.” [1 Thess. 2:13] In another verse in the Bible we read: “But even if we or an angel from heaven should preach a gospel other than the one we preached to you, let him be eternally condemned! As we have already said, so now I say again: If anyone is preaching to you a gospel other than what you accepted, let him be eternally condemned!” [Gal. 1:8-9] I close these verses with this warning from the Bible: “I warn everyone who hears the words of the prophecy of this book: If anyone adds anything to them, God will add to him plagues described in this book. And if anyone takes words away from this book or prophecy, God will take away from him his share in the tree of life and in the holy city, which are described in this book.” [Rev. 22:18-19] These are the theological issues. God Himself protects, guards, and preserves His word and the Bible testifies to this fact.

I am married and have two children. One is 16 years old and the other is 14. Can you imagine that after all these years someone would tell me that these are not my children? I do not have to prove they are my children, I have their birth certificate that says so. I lived with them since they were born. How does this person know they are not my kids? After 16 years this person tells me that they are not my children! I know that his claim is not true. After 600 years some one comes and says the Bible has been corrupted! So I ask the question: you mean some of the followers of Jesus died for the wrong cause? They knew Jesus Christ and lived with Him, they knew exactly what He said. If anyone else had said something other than the truth they would have known. As I read the Bible and saw state­ments like “God is love”; “love the Lord your God with all your heart and with all your soul and with all your mind” [Matt. 22:37]; “But I tell you: Love your enemies and pray for those who persecute you” [Matt. 5:44]. Are these verses part of the corrupted Bible? What was changed? Who changed it? When was it changed? And the question: why did they corrupt it? These are all good questions that I have asked. No one seemed to have the answer.

Now I was even more curious and inquisitive. Is there any old Bible manuscript? What is the oldest manuscript of the Bible? I was struck when I found that there are 5,300 known Greek manuscripts of the New Testament [Injil], plus over 10,000 Latin and at least 9,300 other early versions.

There are more than 24,000 partial and complete manuscript copies of the New Testa­ment. These manuscript copies are very ancient and they are available for inspection now. There are also some 86,000 quotations from the early church fathers and several thousand Lectionaries (church-service books containing Scripture quotations used in the early centu­ries of Christianity). The bottom line is the New Testament has an overwhelming amount of evidence supporting its reliability. There are enough quotations from the early church

fathers that even if we did not have a single copy of the Bible, scholars could still recon­struct all but 11 verses of the entire New Testament from material written within 150 to 200 years from the time of Christ. You know they can put the whole Bible together from all these quotations. It is also the testimonies and witness of more than one person about the Bible. So you can see it is impossible to change or corrupt the Bible. Even if we say that some manuscripts have been changed, what about the thousands of other manuscripts? The manuscripts were not all in one language or in one place, so if they had changed some of the Arabic [75 manuscripts], there were the Latin [10,000 manuscripts], the Ethiopic [2,000 manuscripts], the Syriac Pashetta [350 manuscripts], the Bohairic [100 manuscripts], and the Persian [2 manuscripts]. So you can see that this is quite unfeasible to do. I really encourage you to read the Bible for yourself. I know many people who read it and they believed that it is indeed the word of God. Read it and if you have any further question I will be more than glad to answer it.

This article was written for The John Ankerberg Show by Abu Atallah, ©1999.

I have the answers of your questions..