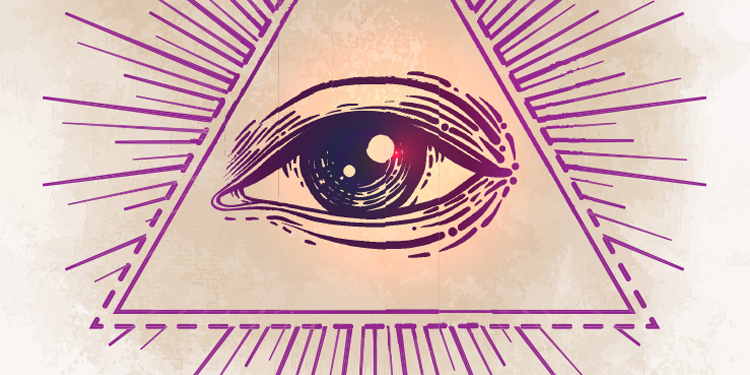 Source of authority: Heindel’s writings; for example, The Rosicrucian Cosmo-Conception.

Claim: To reveal the superior “Western Wisdom Teachings” (as opposed to, for example, the Eastern Theosophic teachings).

“Christ said, ‘The Truth shall make you free,’ but Truth is not found once and forever. Truth is eternal, and the quest for Truth must also be eternal. Occultism knows of no ‘faith once for all delivered…” (Max Heindel, The Rosicrucian Cosmo-Conception, p. 23).

“Jehovistic religions taught and continue to teach a preponderant awareness of sin and error. To the degree they teach Truth at all, they teach it negatively, from the vantage point of what it is not. They teach the separation of man from the.. Deity. They establish obedience to external authority as the ideal” (Charles Weber, “Religious Authority and the Christian Dispensation,” Rays from the Rose Cross, June 1978, p. 244).

Note: In many countries, various Rosicrucian orders, societies or lodges can be found actively promoting variations of occult philosophy and practice. Most United States members are usually found to have former church affiliation in keeping with these occult societies’ claim of compatibility with Christianity. In the U.S. there are approximately ten active Rosicrucian sects.

Whatever their differences, all Rosicrucian societies stem from Gnostic occult traditions, and they stress the possession of secret wisdom passed down through the ages through a secret brotherhood. They believe that such wisdom can only be received by the initiated, and also that such wisdom leads to the development of “higher” or psychic powers. They stress “inner” enlightenment and usually adopt various tenets of Eastern religious philosophy (such as reincarnation and an impersonal concept of the Deity).

Untangling or ascertaining “genuine” Rosicrucian history is a difficult if not impossible endeavor. Too little reliable historical data exists, and there are too many conflicting claims among the various orders. As is true in Masonry (with which it has common elements) doubtful claims are made by Rosicrucians as to their history. The existence of any order prior to the fifteen century has, to our knowledge, never been demonstrated. Of course, many teachings similar to the Rosicrucians can be found in earlier philosophies—Hermetic, Gnostic, Kabbalistic, spiritistic and the occult in general—but similarity does not prove descent, despite what many Rosicrucian’s claim.

AMORC traces its ideological history back to Egyptian mystery schools about 1350 B.C., and in the United States to 1694 A.D. Clymer traces his Rosicrucian Fraternity to 1614 A.D.; Heindel to 1313 A.D. In The Real History of the Rosicrucians, A. E. Waite traces Rosicrucianism to a society begun in 1598 A.D., and many authorities cite the first mention of the Rosicrucians to Fama Fraternitatis (1614), which tells of the purported Christian Rosenkreuz, a so-called founder of the movement. He allegedly received ancient occult wisdom, including the practice of invocation of spirits, in his travels to Syria, Egypt and Arabia. Some hold Rosenkreuz to be a symbolic representation of the famous alchemist and occultist Paracelsus (1493-1541), in that Rosenkreuz’s alleged teachings resemble those of Paracelsus.

A prominent figure during the rise of the Rosicrucians was Jacob Boehme. Although not a Rosicrucian, his teachings influenced what was apparently the first U.S. Rosicrucian society, the Chapter of Perfection, which landed in Germantown, Pennsylvania, in 1694.[1] Boehme (typically known as a Christian mystic) wedded the tradition of the Neoplatonist), the teachings of Paracelsus and other occultists with Protestantism. He influenced both George Fox who founded the Quakers and H. P. Blavatsky who founded Theosophy.[2] Melton notes that Rosicrucianism has had an extensive interaction with Freemasonry and theosophical teachings, and to varying degrees with the tenets of parapsychology and the Western magical tradition.[3]

God: Tripartite: the Absolute, the Supreme Being, God.

The Christ: An evolving spirit (a god) who indwelt Jesus and after the crucifixion infused himself into the earth, thus becoming the earth-spirit. Also the Sun spirit.

Man: Part of God; a god in the making.

Satan: Any adversary in general.

The Fall: Sexual in nature; Adam and Eve are seen as symbolic of men and women in general.

The Bible: A mystical text; only through Rosicrucian “higher consciousness” can it be properly interpreted.

Hell and Heaven: No hell exists; however, there are three heavens where human spirits go to prepare for their next incarnation.

As regards the Rosicrucian Fellowship, there are some gross categorical errors in the descriptions of their theology. The author has combined too many disparate organizations under the Organization listed