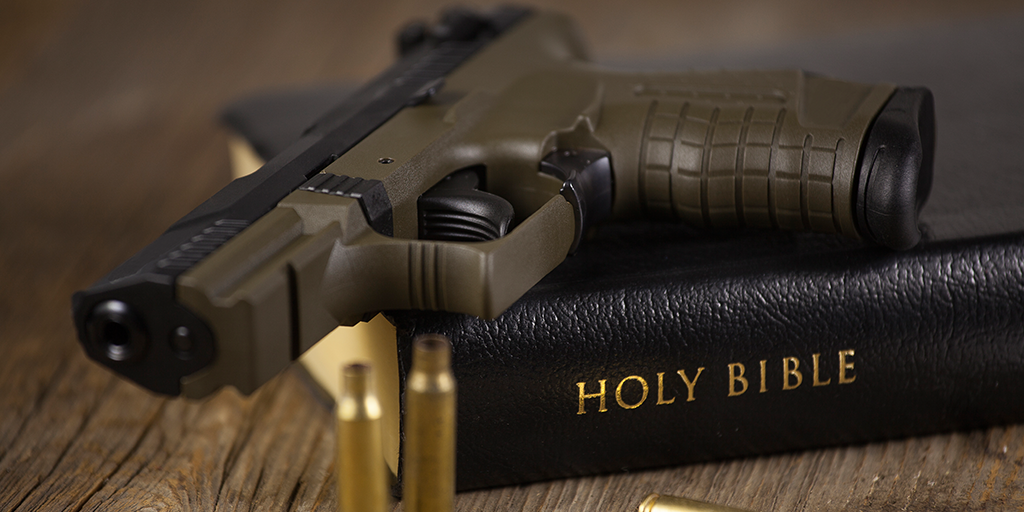 Should Christians Own Guns?

Should Christians own guns? In this discussion, a disclaimer should be made: The Bible was written before guns, but not before armed conflict. The Bible includes detailed descriptions of various wars, including predictions of battles in the end times (such as in Ezekiel 38). Therefore, any Bible discussion about guns is based on principles, not direct commands, and is subject to debate among those studying this issue. What biblical concepts can be found related to guns?

First, at least for Americans, gun ownership is a legal right. The Second Amendment clearly includes the right for all citizens, Christian or otherwise, to “bear arms.” Interestingly, the focus in the Second Amendment was not hunting or sport shooting, but defense. The text reads, “A well regulated militia being necessary to the security of a free state, the right of the people to keep and bear arms shall not be infringed.”

Second, gun ownership is at least an option according to biblical teachings. For example, when soldiers repented at the preaching of John the Baptist, they asked, “What should we do?” John answered, ““Don’t extort money and don’t accuse people falsely—be content with your pay” (Luke 3:14). They were not commanded to leave the military or become pacifists. The disciples also carried small swords at the command of Jesus (Luke 22:38), though Peter was told to put away his weapon at the Jesus’ arrest (Luke 22:51).

From a personal standpoint, one could ask, “If an armed robber came at (me, my child, spouse, parent, or friend) with a weapon, would I intervene with a gun if I could?” Would God permit or even encourage such an action? Again, the Bible does not command a person to own or use a gun, yet it also allows for self-defense and defending others.

Those who argue Christians should not own guns have noble intentions of peace and love. However, in this life there are those who wish to cause harm. We must both recognize this reality and prepare how to best defend ourselves, our loved ones, and our nation in such situations.

In Luke 22:38 it said: “And they said, Lord, behold, here are two swords. And he said unto them, It is enough.”
‭‭It did Not say that all of the disciples were given or were carrying their own small swords as you see above!

Rita, did you bother to look up the context of this verse? It doesn’t seem you did. The disciples were told to sell their cloak and buy a sword if they did not already have one. This implies it is more important have a weapon for protection than the temporary warmth of a cloak. Please read the verse below in context, and better still, always research it yourself: 35 Then Jesus asked them, “When I sent you without purse, bag or sandals, did you lack anything?” “Nothing,” they answered. 36 He said to them, “But now if you have a… Read more »

It’s not about what the weapon of choice, but it is about the intent of use. a baseball bat could also be classified as a deadly weapon if used for the wrong purpose.

Ddar Clare, You state “It is about the intent of use” Strange I thought the subject was about ..What does the WORD of God have to say in His BOOK & NOT about peoples “intent” or otherwise !!! Clearly Scripture..which is God’s message to the saved as well as the unsaved…Therefore it is God and His hall mark for all to start with. It is God’s opinion NOT THE OPINION OF THOSE GOD CREATED THAT SHOULE BE THE FINAL AND ONLY RELIABLE THINKING WORTH TAKING IN. It is because so many people think differently to God in the first place… Read more »

Our “Bill of Rights” says, “…A well regulated militia has the right to bare arms.” So how does that translate into the individual of modern day caring weapons? We are not Colonialists fighting for our land any more.

From Dr Col….Here we go again with yet another word of human wisdom that does NOT ask God for HIS WORD on the subject. We are asked by God to grow in the WORD NOT in human opinion. Besides the founding Fathers were mostly Christians who did their very best to comply with the wisdom of God;s Word in Scripture. For the most part it seems to me they did a dam good job of it. For one thing they did follow Gods\\Word. That is why they agreed with God…which does advise carrying arms for defence. If anyone thinks a… Read more »

Guns for protection is one thing, but how can one justify semi-automatic weapons in the hands of those other than the military? Those are where I have a problem with gun ownership.

Dear Meg, The issue is not the type of weapon. the issue is…Does God Give HIS PEOPLE the right to bare arms….And the answer is a clear YES. God told HIS followers two swords were enough. Go figure out what you make of that as you will. As for me it is clear that God is stating be prepared for what the current situation requires. Do you think two swords are enough when you are facing a Muslim terrorist Meg ??? Do you think a single shot gun is enought against an automatic gun Meg. This does not take into… Read more »

Meg, almost every handgun these days is semiautomatic. I recommend you do some research on firearms. Military assault rifles have select fire that can allow fully automatic fire, civilians are restricted from owning such weapons. Semiautomatic means that each pull of the trigger will fire a bullet. This is standard for most pistols and rifles.

Although most handguns are semi-automatic, many are revolvers. Civilians are normally restricted from owning full automatic weapons, BUT if you want to own them, you must comply with a bunch of laws and procedures to acquire them. They ARE available.

The Second Amendment was written and included to protect citizens from a dictatorial/tyrannical government, first and foremost. Other uses for firearms are target shooting sports, hunting, and collecting. Please read the history of Communist/Socialist countries and societies. Did you know that in Mexico, law-abiding citizens are allowed to own no calibers bigger than .22? No wonder the drug cartels, who don’t abide by the laws, are killing so many people. The citizens can’t defend themselves! Thank God for the Second Amendment. It supports all the other rights.

If Peter was told to put away his weapon at the Jesus’ arrest (Luke 22:51), are we as Christians allowed to use guns, if we are to be arrested for our faith?

Dear Walter, It is clear you did not read John Ankerberg’s excellent opening comments at the top. John did quote Scripture properly. In any inspiration from God it is imperitive to take the WHOLE council of God’s Word. Not just one part out of context. Go back and read John’s proper quote from Ecclesiastes 3:3. Then ask yourself does God know what is right and what it wrong…the answer is a clear YES. So there ARE times when self defemce is RIGHT IN GODS EYES. And that includes KILLING ..no matter what you or I think. Gods Word is to… Read more »