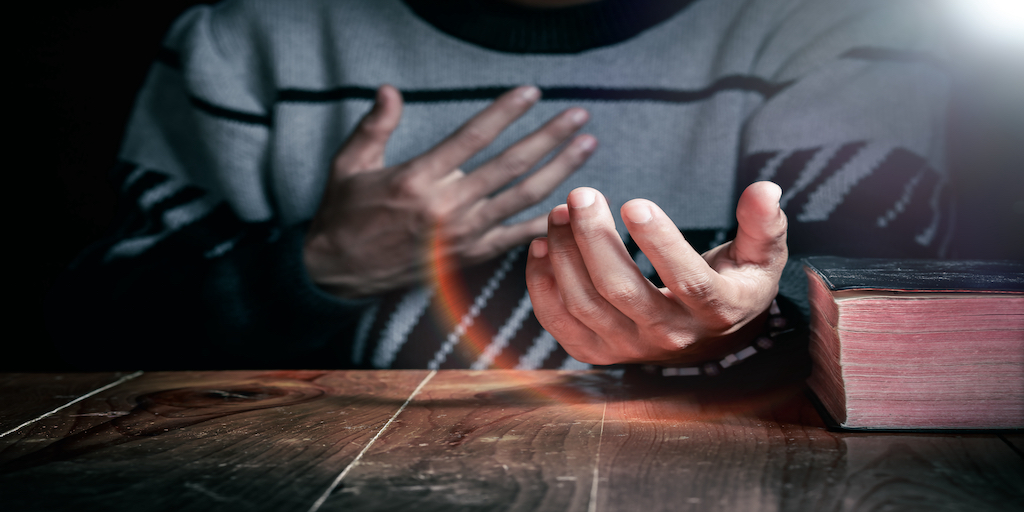 It was my dear friend Sarah, an incredible Bible teacher, who first opened my eyes to the real beauty of this Bible story. In Mark 7 we have the story of Jesus healing a man who was deaf, and who had trouble speaking. Here is a man who was considered “special needs.” People more than likely either mocked him in some way, or totally ignored him. He was bullied. Badly. It must have taken great courage for him to approach Jesus.

But look at what Jesus did. First, He “took him away from the crowds in private” (Mark 7:33). Do you realize what a gift that was to the deaf man? He didn’t know what Jesus would do to or for him, but at least he didn’t have to endure it in front of an unsympathetic crowd.

Next, Jesus made a series of what must have been incomprehensible gestures—incomprehensible to everyone but the deaf man that is, because Jesus was speaking to him in sign language!  “After putting his fingers in the man’s ears and spitting, he touched his tongue. Looking up to heaven, he sighed deeply and said to him, ‘Ephphatha!’ (that is, ‘Be opened!’)” (vv. 33-34).

Did you get that? Jesus touched the man’s ears and tongue (both of which were “broken”), and applied His DNA (spit) to the problem. Finally, He looked to heaven to indicate the source of the healing the man would receive: “Immediately his ears were opened, his tongue was loosened, and he began to speak clearly” (v. 35). Wow. How beautiful is that?

Tim Keller says, “Jesus deeply identifies with this man. All the touching of his ears, touching his mouth—it’s sign language. Jesus is saying ‘Let’s go over here; don’t be afraid, I’m going to do something about that; now let’s look to God.’ He comes into the man’s cognitive world and uses terms—nonverbal speech—that he can understand.”[1]

What needs to you have? Do you need healing? Do you need patience? Do you need a job? Whatever your need is, bring it to your heavenly Father, then keep your eyes open for the sign language from Him, keeping in mind that “Jesus always gives you what you need, and he knows better than you what that is. He’s the Wonderful Counselor.”[2]