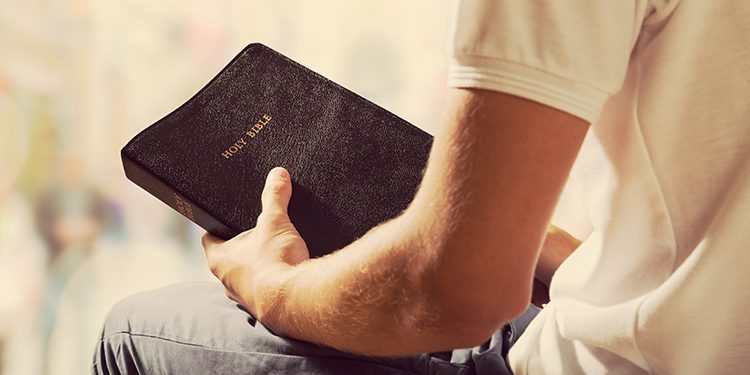 The Bible, the Crucial Subject

The Bible is clearly the most influential book the world has ever known. Abraham Lincoln called it “the best gift God has given to man.” Patrick Henry said, “It is worth all other books which were ever printed.” Noted British statesman William Gladstone wrote that “an immeasurable distance separates it from all competitors” while the famous philosopher Immanuel Kant declared, “The Bible is the greatest benefit which the human race has ever experienced.” A. M. Sullivan observed, “The cynic who ignores, ridicules, or denies the Bible, spurning its spiritual rewards and aesthetic excitement, contributes to his own moral anemia.”

Why do we think the reliability of the Bible, is such a crucial subject? Because of its implications. Throughout human history virtually all people have searched for God at some point in their lives, because apart from God they intuitively sensed that their lives lacked ultimate meaning. Yet the Bible claims to be the revealed Word of God to man (John 1:12,13; 3:16; 17:3; 1 John 5:9-15). Further, it tells us how we may come to know God personally. If the Bible is true, then in its pages we can find ultimate meaning for our lives and the God we have searched for. We can read of His mighty and gracious acts among people and nations in the Old Testament, and we can especially see His love and compassion in the New Testament. For it is undeniably true that if we want to know who God really is, and what He is really like, we need only look at Jesus Christ (John 14:6-11; 12:44,45).

Unfortunately, many people today do not believe in the one true God, and they deny that God has personally revealed Himself in the Bible. They have spawned skeptical theories and written endless volumes attacking the idea that the Bible is an accurate account of God’s intervention in human history and that it reveals His will for man. But even skeptics cannot deny that the Bible’s influence in history is incalculable and that it has literally changed our world窶馬ot just Western history, but all of history.

This topic is vital because if there is solid evidence that the Bible is God’s Word to us, its critics are wrong. Worse, they are leading astray all those who listen to them. If the Bible alone is divine revelation, then by definition it is the most important Book in the world. It alone will tell us what God requires of us.

In light of these undeniable facts, to be ignorant of the Bible’s claims and contents constitutes an abdication of personal responsibility concerning one’s own welfare.

To know that the Bible is reliable is to know that all of what it teaches is reliable. And what it teaches is that the one true God sent His only Son to die for our sins so that we could inherit eternal life as a free gift (John 3:16; Romans 3:22-26). Such a claim is phenomenal in its uniqueness and profundity. If skeptics are given only one reason to objectively examine the claims of the Bible, this alone should be sufficient, because if these claims are true, then God freely offers us more than we could ever imagine. If the Bible is truly God’s Word to us, and if we reject its message of salvation, then no other personal decision they make will be more consequential. Therefore no one can fail to ignore the issue of the reliability of the Bible窶馬ot merely its historical reliability but its spiritual reliability as well.

We have written this article so that Christians will be encouraged in their faith and non-Christians will be challenged to investigate the Bible further窶杯o read it, ponder it, and ultimately to accept it for what it is. Our desire for the reader is expressed in the gratefulness of the apostle Paul to the Thessalonians: “We also thank God continually because, when you received the word of God, which you heard from us, you accepted it not as the word of men, but as it actually is, the word of God, which is at work in you who believe.” (1 Thessalonians 2:13 NIV).