The Book That Won't Go Away | John Ankerberg Show
Donate 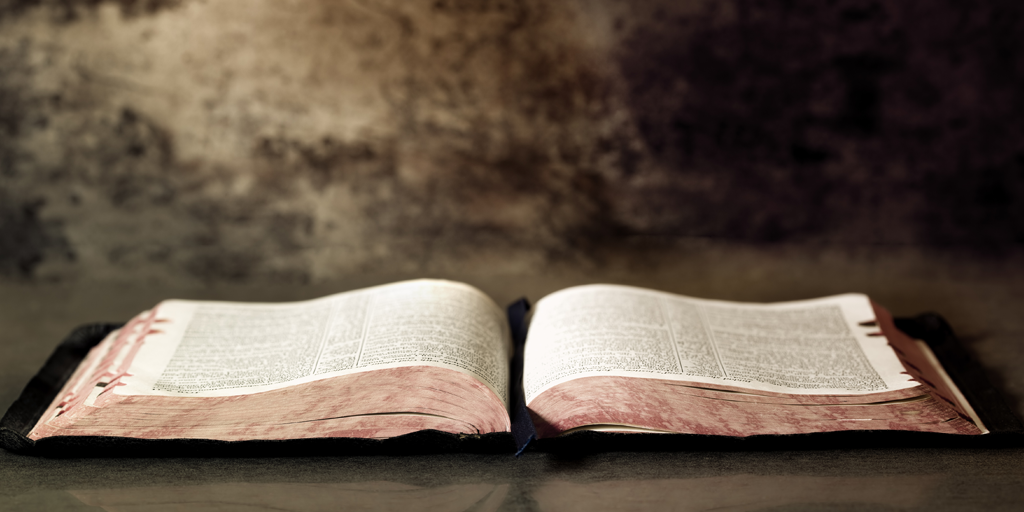 The Book That Won’t Go Away

One of the greatest contentions against Christianity is the Bible. Each day, articles are written that suggest that the Bible cannot be trusted as authoritative or as trustworthy. Historical, scientific, and philosophic arguments suggest it cannot be proven to be what it says it is, the real Word of God. However, perhaps the most common contention against the Bible is simply that it is not relevant.

We live in a time where it is increasingly important to understand the Bible and its relevance as society is facing questions that have never been asked before. Questions regarding same-sex marriage, gun rights, terrorism, and other issues deserve an appropriate biblical response. Principles that guide us to answers to these questions are found in the Scripture. However, the Bible often contradicts our culture. We are forced to make a decision as to whether the Bible is relevant and still speaks truth to modern issues, or whether the Bible is irrelevant and only speaks truth to some spiritual issues.

For example, a Christian coworker and I were speaking of an issue recently regarding terrorism. I shared my view that opposed his. He asked why I believed this view to be correct and I shared Scripture with him, willing to hear the Scripture he believed supported his opinion. Instead, he responded by telling me that I should understand that the Bible was written in another culture thousands of years ago and therefore could not be trusted to speak to modern issues.

This view is not surprising. It is a prominent view in America. In pop culture, for example, Macklemore and Ryan Lewis’s song “Same Love” asserts that the Bible is irrelevant in the discussion on same-sex marriage because it was written “3,500 years ago.” Not alone, many Westerners applaud this type of thinking. In response to this, I offer five points on why the Bible is still relevant today and can be trusted as God’s Word.

The Bible was written by 39 different authors in three different languages from three different continents across a period of 3,500 years of varying cultures, emotional states, financial states, and political states on many controversial issues. Despite this diversity, the Bible never contradicts itself. Most individual authors will contradict themselves over time regarding some issues. Yet the Bible presents 39 different authors who kept the same stance across 3,500 years. The unification of the Bible is truly miraculous.

The Bible speaks to scientific, historic, and prophetic matters and has never been proven wrong. All prophecies that are not regarding the last days have come true. Even further, the prophecies of the Bible are not vague and unspecific like so many prophetic voices from history. For example, God did not just prophesy that a great ruler would come out of a great nation regarding Cyrus, but he prophesied that a ruler named Cyrus would come from a nation that didn’t even exist yet and followed with exactly what Cyrus would do (Isaiah 44:28).

The Bible offers timeless and universal truths about all sorts of matters. Many truths in the Bible are found to be just as wise, just as accurate, and just as true today as when they were first written. For example, Proverbs speaks of the dangers of adultery and how adultery will always destroy, or at best, nearly destroy families (Proverbs 5). The Bible teaches that it is better that a person owe no one money, a truth so many who have lost their property or vehicles wish that would have heeded (Proverbs 22:26-27). How many of us have found the truth of James 3:1-12 teaching on the dangers of words to be true? Simply put, the Bible provides wisdom, principles, and truths that are still true, wise, and relevant today.

Perhaps one of the greatest evidences that the Bible is relevant is simply that the Bible still answers questions that have never disappeared from humanity. Was there a creator? Is there purpose to my life? Am I loved? Is there reason and order in the world? Is there hope for humanity? Is there such a thing as good and evil? All of these questions have been asked since nearly the beginning of humanity. Books continue to be written, philosophies invented, and answers suggested regarding all of these questions. The Bible answers these and additional questions in detail form Genesis to Revelation.

I submit that the greatest evidence of the Bible’s relevancy is simply the fact that it is still changing lives today. If the Bible were irrelevant and only for a culture 2,000 years ago, we could expect that it would have faded into non-existence and that only ancient stories of transformation would exist. However, lives continue to be changed through the words found within the Bible. Marriages are restored, prodigal children return, sins are forgiven, orphans are fed, and so much more simply because the words of the Bible bring life to so many across the world.

The Bible will always be scrutinized because, as God’s Word, it will always be counter-cultural. However, whenever it is suggested as irrelevant, take solace in knowing that there are at least five reasons to trust the Bible as authoritative and relevant. Though many have tried to destroy it, the Bible is and will forever be the book that just won’t go away.