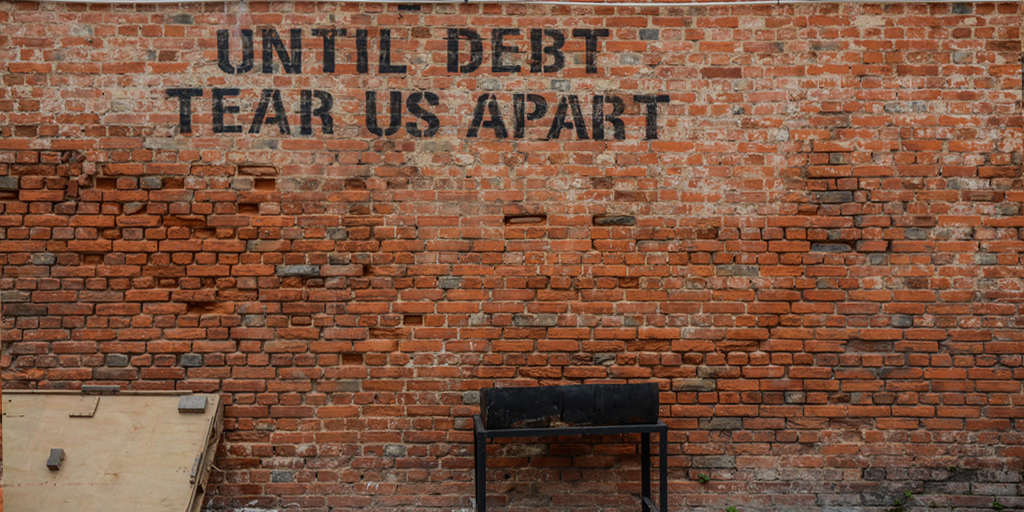 The Fall of the American Economy
By: Dr. David Jeremiah

In these three programs, you’ll hear the research behind the fall of the American economy and why the nation’s current progression will lead to disaster. You’ll also learn about the emerging global government.

The Bible predicts the rise of a future, global government that will be led by a single leader called the Antichrist. As economic concerns grow, both in America and internationally, nations find themselves collaborating together to rebound, granting concessions in the process that make global control an increasing reality.  In this week’s John Ankerberg Show, we’ll look at some of the moves taking place in the recent economic recession that reflect increased global control. In addition, we’ll see what Bible prophecy teaches about the coming global government and how today’s activities might reflect these predictions.

There’s an ever-increasing presence of the new global economy that is coming into our world. And what has precipitated this in part has been a series of economic crises in the United States that have led to our government gaining more and more control of our society. We’re also witnessing a new phenomenon here, a growing electronic financial net that is surrounding the earth, creating the global economy and setting the stage for end-time realities. In this week’s John Ankerberg Show, we’ll continue our discussion of how this potential threat could cause the downfall of America. Further, we’ll see how Bible prophecy has mentioned a global economy far in advance, offering insights into what we should be on the alert for today.

From Crisis to Consolidation – How Economic Instability Leads to Global Government
By: Dr. David Jeremiah

In these three programs, we take a further look at the road from economic crisis to consolidation and investigate five key financial signs of the end times already unraveling in today’s current events.

The Spread of Global Technology and the Disparity of Wealth
By: Dr. David Jeremiah

In Revelation, we are told concerning the Antichrist and the False Prophet, “He also forced everyone, small and great, rich and poor, free and slave, to receive a mark on his right hand or forehead, so that no one could buy or sell unless he had that mark.” In this session, we’re going to talk about, “Is the technology available right now to fulfill this prophecy if the Antichrist and the False Prophet came on the scene?” Further, the escalating disparity of wealth continues to drive large numbers of people in our world into a state of dependence that both shows how many would submit themselves to a global leader who would promise food and peace, along with the centralization of wealth into the hands of a few as predicted in Scripture.  In this program, we’ll look at some of these technologies and global issues relevant to this issue. As we do, you’ll see that what the Bible predicts could take place in our world today more easily than ever before in history.

The Priority of Oil and the Materialism of Society
By: Dr. David Jeremiah

How financial signs are leading toward the fulfillment of Bible prohecy. Further, we’ll see how these Bible prophecies offer insights into what we should be on the alert for today.

I like the News from this media, because it makes my heart would be peace and going strong to Jesus Christ the Lord God.