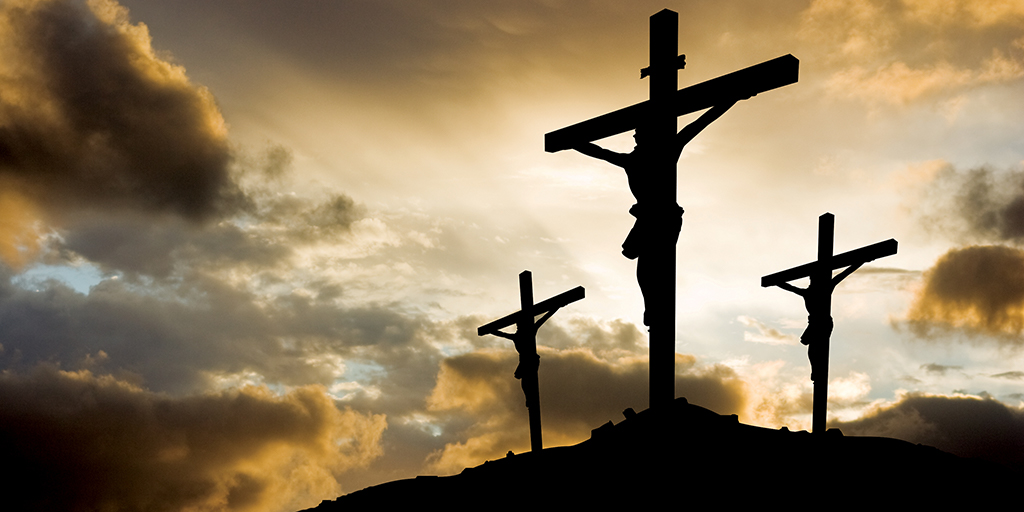 The Death of Christ

The death of Christ is the necessary prerequisite to his resurrection, which is the crowning proof of Jesus’ claim to be God. Further, Islam, one of the chief opponents of Christianity, denies that Jesus died on the cross (McDowell, 47f.). Many skeptics challenge the reality of Christ’s death.

There is overwhelming historical and factual evidence that Jesus died on the cross and rose again on the third day. The evidence for Christ’s death is greater than that for almost any other event in the ancient world. The historicity of the Gospel records has been confirmed by a multitude of New Testament Manuscripts and contemporary eyewitnesses.

Skeptics and Muslims choose from among various versions of the theory that Jesus did not die on the cross. One is that a drug put Jesus in a coma-like state, so that he later revived in the tomb. The clear witness of Matthew’s narrative is that he refused even the drug customarily offered to the victim before crucifixion to help deaden pain (27:34). He accepted only vinegar later (vs. 48) to quench his thirst.

If the Bible has any credibility whatsoever, its New Testament authors all say specifically or speak from the necessary implication that they believed Christ died on the cross (cf. Rom. 5:8; 1 Cor. 15:3; 1 Thess. 4:14). Neither fainting nor swooning nor being drugged would have produced the vigorous victor over death described in the resurrection appearances. The evidence that Christ actually died on the cross is overwhelming:

Jesus’ injuries made death unavoidable. He had no sleep the night before he was crucified; he was beaten and whipped, and he collapsed while carrying his cross. This prelude to the crucifixion alone was life-draining.

The nature of the crucifixion assures death.

In 1968, an ancient burial site was uncovered in Jerusalem containing about thirty-five bodies. It was determined that most of these had suffered violent deaths in the Jewish uprising against Rome in A.D. 70. One of these was a man named Yohanan Ben Ha’galgol. He was about twenty-four to twenty-eight years old, had a cleft palate, and a seven-inch nail was still driven through both his feet. The feet had been turned outward so that the square nail could be hammered through at the heel, just inside the Achilles tendon. This would have bowed the legs outward as well so that they could not have been used for support on the cross. The nail had gone through a wedge of acacia wood, then through the heels, then into an olive wood beam. There was also evidence that similar spikes had been put between the two bones of each lower arm. These had caused the upper bones to be worn smooth as the victim repeatedly raised and lowered himself to breathe (breathing is restricted with the arms raised). Crucifixion victims had to lift themselves to free the chest muscles and, when they grew too weak to do so, died by suffocation.

Yohanan’s legs were crushed by a blow, consistent with the common use of the Roman crucifragium (John 19:31-32). (Baker Encyclopedia of Christian Apologetics, p. 48.)

Jesus hung on the cross from 9 in the morning until just before sunset (Mark 15:25,33). He bled from gashes in his hands and feet and from the thorns that pierced his scalp. These wounds would have drained away much blood over more than six hours. Plus, crucifixion demands that one constantly pull up by the hands and push on the injured feet in order to breathe. This caused excruciating pain from the nails. A day of this would kill someone in good health.

Beyond these injuries, Jesus’ side was pierced with a spear. From this wound flowed a mixture of blood and water (John 19:34), a proof that physical death had occurred. This detail alone, and its confirmation by modern medical experts, strongly validates the claim that this narrative is an eyewitness account. An article in the Journal of the American Medical Association (21 March 1986) concluded:

Clearly, the weight of historical and medical evidence indicates that Jesus was dead before the wound to his side was inflicted and supports the traditional view that the spear, thrust between his right rib, probably perforated not only the right lung but also the pericardium and heart and thereby ensured his death. Accordingly, interpretations based on the assumption that Jesus did not die on the cross appear to be at odds with modern medical knowledge. [1463]

The Roman soldiers, accustomed to crucifixion and death, pronounced Jesus dead. Although it was a common practice to break the legs of the victim to speed death (so that the person could no longer breathe), they did not believe it necessary to break Jesus’ legs (John 19:33).

Pilate double-checked to make sure Jesus was dead before he gave the corpse to Joseph to be buried. “Summoning the centurion, he asked him if Jesus had already died. When he learned from the centurion that it was so, he gave the body to Joseph” (Mark 15:44-45).

Jesus was wrapped in about 100 pounds of cloth and spices and placed in a sealed tomb for three days (Matt. 27:60; John 19:39-40). If he was not dead by then, the lack of food, water, and medical treatment would have finished him.

References to the Crucifixion.

According to Julius Africanus (ca. 221), the first-century Samaritan-born historian, Thallus (ca. 52), “when discussing the darkness which fell upon the land during the crucifixion of Christ,” spoke of it as an eclipse (Bruce, 113, emphasis added). The second-century Greek writer, Lucian, speaks of Christ as “the man who was crucified in Palestine because he introduced a new cult into the world.” He calls him the “crucified sophist” (Geisler, 323). The “letter of Mara Bar-Serapion” (ca. A.D. 73), housed in the British Museum, speaks of Christ’s death, asking: “What advantage did the Jews gain from executing their wise King?” (Bruce, 114). Finally, there was the Roman writer, Phlegon, who spoke of Christ’s death and resurrection in his Chronicles, saying, “Jesus, while alive, was of no assistance to himself, but that he arose after death, and exhibited the marks of his punishment, and showed how his hands had been pierced by nails” (Phlegon, Chronicles, cited by Origen, 4:455). Phlegon even mentioned “the eclipse in the time of Tiberius Caesar, in whose reign Jesus appears to have been crucified, and the great earthquakes which then took place” (ibid., 445).

The earliest Christian writers after the time of Christ affirmed his death on the cross by crucifixion. Polycarp, a disciple of the apostle John, repeatedly affirmed the death of Christ, speaking, for example, of “our Lord Jesus Christ, who for our sins suffered even unto death” (Polycarp, 33). Ignatius (30-107), a friend of Polycarp, wrote, “And he really suffered and died, and rose again.” Otherwise, he adds, all his apostles who suffered for this belief, died in vain. “But, (in truth) none of these sufferings were in vain; for the Lord was really crucified by the ungodly” (Ignatius, 107). In Dialogue with Trypho the Jew, Justin Martyr noted that Jews of his day believed that “Jesus [was] a Galilean deceiver, whom we crucified” (Martyr 253).

This unbroken testimony from the Old Testament to the early Church Fathers, including believer and unbeliever, Jew and Gentile, is overwhelming evidence that Jesus suffered and died on the cross.

This article was written for The John Ankerberg Show By: Dr. Norman Geisler; ©2000.