The Ten Commandments in Context 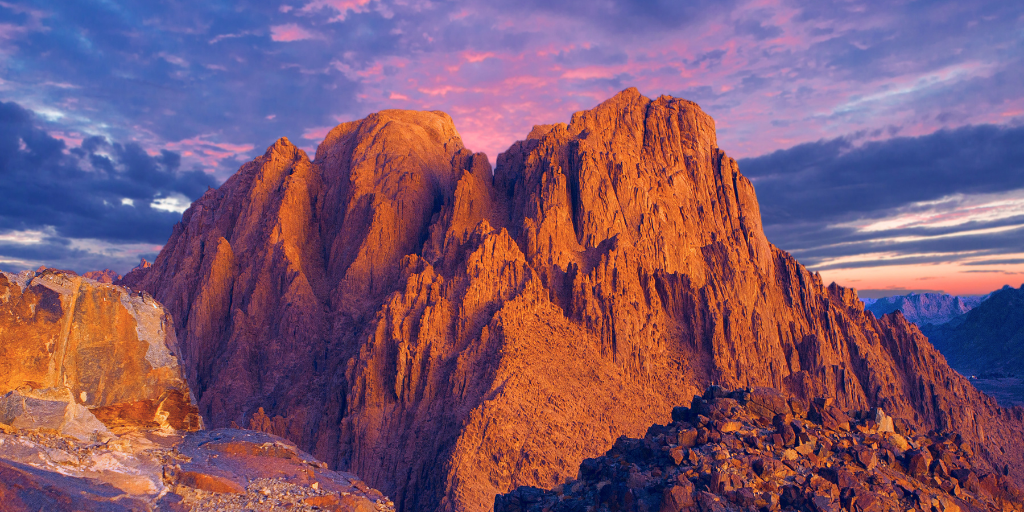 Where do we consider the Ten Commandments in Context with the rest of the Bible? The Israelites had been living for 400 years as slaves to the Pharaohs in Egypt. Through a series of miraculous events, they have now been set free, and are on their way to the land God promised to give their nation.

The Promise of the Ten Commandments

Exodus 3:16-17: “Go, assemble the elders of Israel and say to them, ‘The Lord, the God of your fathers—the God of Abraham, Isaac and Jacob—appeared to me and said: I have watched over you and have seen what has been done to you in Egypt. And I have promised to bring you up out of your misery in Egypt into… a land flowing with milk and honey.’” Exodus 4:30 says, “And when they heard that the Lord was concerned about them and had seen their misery, they bowed down and worshiped.”

The Israelites had a front row seat as God did exactly as He promised. Of course, it wasn’t easy. Despite frogs, gnats, boils, darkness and rivers of blood, Pharoah stubbornly refused to allow the Israelites to leave—until his own firstborn son fell victim to the tenth plague.

But, at last, they were on their way. Of course, there were still obstacles to be overcome, including being trapped between Pharaoh’s army and the Red Sea, running out of drinkable water, running out of food, being attacked by Amalekites,… And each time they complained! They’d rather be back in Egypt, in slavery—the very conditions they had been so desperate to escape.

Finally, after three months, the Israelites came to the Desert of Sinai and set up camp at the base of Mt. Sinai. It is here that God would lay out a covenant with Moses detailing how the Israelites should live in the Promised Land as His covenant people. Included in the covenant were the rewards offered for obedience, and the punishments for failure to obey. “Now if you obey me fully and keep my covenant, then out of all nations you will be my treasured possession” (Exodus 19:5).  The people pledged, “We will do everything the Lord has said” (v. 8), but that promise was broken even before Moses came back down off the mountain.

Now, as God prepared to deliver His law to Moses, He gave the Israelites very strict instructions of what they were to do, and how they were to prepare to receive His law. Here’s just a part of the preparations:

“The Lord said to Moses, ‘I am going to come to you in a dense cloud, so that the people will hear me speaking with you and will always put their trust in you.’ Then Moses told the Lord what the people had said.

“And the Lord said to Moses, ‘Go to the people and consecrate them today and tomorrow. Have them wash their clothes and be ready by the third day, because on that day the Lord will come down on Mount Sinai in the sight of all the people. Put limits for the people around the mountain and tell them, “Be careful that you do not approach the mountain or touch the foot of it. Whoever touches the mountain is to be put to death. They are to be stoned or shot with arrows; not a hand is to be laid on them. No person or animal shall be permitted to live. Only when the ram’s horn sounds a long blast may they approach the mountain”’” (Exodus 19:9-13, emphasis added).

The same people who had promised to “do everything the Lord has said,” couldn’t even keep that pledge while the visible and audible presence of their God was right in front of them. Exodus 32:7 tells us what happened. Remember, Moses is still on the mountain receiving the law from God: “Then the Lord said to Moses, ‘Go down, because your people, whom you brought up out of Egypt, have become corrupt. They have been quick to turn away from what I commanded them and have made themselves an idol cast in the shape of a calf. They have bowed down to it and sacrificed to it and have said, “These are your gods, Israel, who brought you up out of Egypt.” I have seen these people,’ the Lord said to Moses, ‘and they are a stiff-necked people.’”

Next time: You shall have no other gods before me (Exodus 20:2).