The Tomb Was Empty 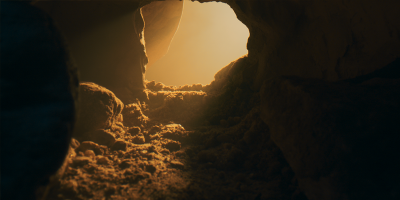 In our current series with Dr. Gary Habermas, he lists 12 facts about Jesus that are accepted by more than 90 percent of even skeptical scholars.

One fact that is not on that list is the empty tomb. However, as Dr. Habermas explains, that is not because there is not compelling evidence. In fact, he says the evidence for the empty tomb equals or perhaps even surpasses evidence for other facts on the list. The reason he doesn’t include it is that “only” about 75% of skeptical scholars accept it as a historical fact.

Of course, the Romans were concerned someone might want to steal the body because they had heard (or heard about) times when Jesus said things like: “The Son of Man is about to be delivered into the hands of men, and they will kill him, and he will be raised on the third day” (Matthew 17:22-23). Of course, they did not believe He would be raised, so they assumed someone would do their best to make the body go away. And of course, the body was not there Easter Sunday morning!

Since all this took place in Jerusalem, it would be a simple matter to go to the tomb and confirm there was no body.

No, the problem is not that the tomb was empty. The problem is the implication of the empty tomb. Paul tells us in Romans 1 Jesus Christ “was descended from David according to the flesh and was declared to be the Son of God in power according to the Spirit of holiness by his resurrection from the dead” (Rom. 1:3-4, emphasis added).

You see, if you accept that Jesus was raised from the dead (the implication of the empty tomb), then you must deal with the declaration (from God) that Jesus is God. If Jesus is God, then He is also your Creator, and has the right to make certain demands of you.

So what will you do? Will you refuse to believe the tomb was empty because God raised Jesus from the dead? Or will you continue to cling to unsatisfactory alternate theories in your effort to deny God?

If you declare with your mouth, “Jesus is Lord,” and believe in your heart that God raised him from the dead, you will be saved (Romans 10:9).