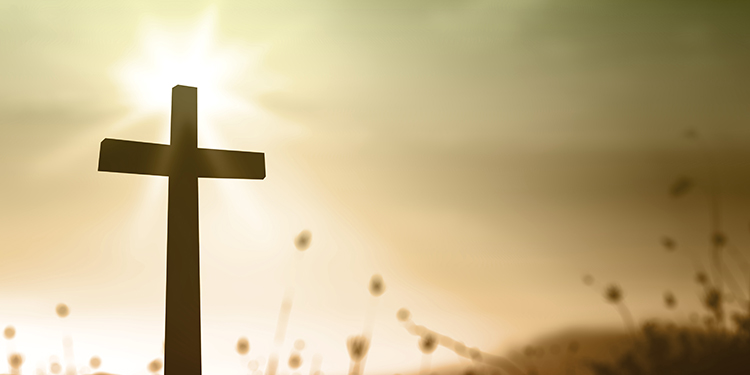 What Does Religious Science Teach About Salvation?

What Does Religious Science Teach About Salvation?

According to Religious Science [RS], men and women need no salvation from sin, death or the wrath of God. Everyone is already saved, if they will only realize it. In Gateway to Life, Holmes states, “The only salvation necessary is from ignorance”; that is, ignorance of one’s innate divinity and the negative effects that flow from this ignorance. “There is no need to seek unity with God and the Universe. We already have it. It is something we must become aware of.”[1] “Today is the day of salvation. This does not mean a salvation of the soul as though it were lost.” [2] Holmes, who claimed to “believe in Jesus’ teachings,” emphasized, “There is no such thing as a lost soul.”[3] “It is impossible that any soul can be lost.”[4] “DEATH CANNOT ROB HIM [MAN] OF ANYTHING IF HE BE IMMORTAL.” [5] “We do not have to save the world; the world is not lost, just confused.” [6]

On the other hand, Jesus declared, “What good will it be for a man if he gains the whole world, yet forfeits his soul?” (Matt. 16:26). Jesus also said, “The Son of Man has come to save that which was lost” (Matt. 18:11 NAS); and, “I mention it that you may be saved” (John 5:34). Saved from what? From the “resurrection of damnation” (John 5:29 KJV). In context, He was speaking of a resurrection to judgment for those who refused to believe in Him (John 5:24-34). Indeed, Jesus stated clearly that many people were lost. Judas was, and he “went to his own place” (John 17:12 NAS; Acts 1:25). In fact, Jesus taught that many people are on the broad road that “leads to destruction,” because of the many false teachers in the world (Matt. 7:14-15), teachers who lull people into false security that there is no coming judgment to eternal punishment (Matt. 7:26-27, 46).

According to Religious Science, then, Jesus Christ is not man’s savior from sin; man is his own savior from ignorance. Holmes stated: “The thing that interests me is that every man shall find his savior within himself. If this is the only place he is going to discover God, you may be sure it is the only avenue through which any way-shower shall lead him to God. There is no other way. Jesus knew this.” [7] Did Jesus know this? Was He not the One who said, “I am the way…. No one comes to the Father except through me” (John 14:6)? Did He not say, “I am the door” (John 10:7)? Was He not the One who said that, far from there being an inward Savior, evil came from within?

And He was saying, “That which proceeds out of the man, that is what defiles the man. For from within, out of the heart of men, proceed the evil thoughts and fornications, thefts, murders, adulteries, deeds of coveting and wickedness, as well as deceit, sensuality, envy, slander, pride and foolishness. All these evil things proceed from within and defile the man.” (Mark 7:20-23)

Yet Holmes states in The Science of Mind, “There is no way we can know God except by studying man…. If we study the true nature of man, then we shall have delved into the real nature of God.” [8] “Nothing can save us but ourselves.”[9]

Religious Science also teaches a “gospel” of works-salvation,[10] which the New Testament writers condemned as a false gospel (Gal. 1:6-8, chapters 2-3). Holmes declared in The Science of Mind:

No one has the power to hurt us or to save us but ourselves.[12]

No one else can do any of this for me. We alone must do the applying for the Science of Mind to be a practical dynamic factor in everyday living. It’s up to us. [13]

Jesus said: “I am the way, the truth, and the life: no man cometh unto the Father but by Me.” How true this is! We cannot come unto the Father which art in Heaven except through our own nature. Right here, through our own [divine] nature, is the gateway and the path leads to illumination, to realization, to inspiration, to the intuitive perception of everything. [14]

Note Holmes’ rejection of Jesus’ words here. Jesus taught that the only way to God was “by Me,” by faith in Jesus, in His person. Holmes completely ignores this and interprets “Me” as enlightened human nature. This is the typical pattern in Religious Science biblical usage: to cite a verse, ignore its plain meaning and then distort it to teach RS principles.

Also in Religious Science, when forgiveness is referred to, it is a human act. God cannot “forgive” because there is nothing to forgive. Real man is divine and perfect and requires no forgiveness. Unreal man, within his faulty consciousness, may feel the need for forgiveness, but if so, it is his own act to accomplish. “Forgiveness is our own act.” [15]

As there is no sin within people to be forgiven, Christ never died for sin, for sin is an illusion. Further, the divine Essence (God) cannot suffer because there is no suffering in the One reality. “God has forever hung Himself upon the cross of men’s indifference; God has forever, but without suffering, given Himself but we have not received the gift.”[16]

In The Voice Celestial (an “inspired” poem) by Ernest and Fenwick Holmes, we read that “Jesus made no claim that he had paid Man’s debt to God, nor must God’s wrath be stayed nor be appeased by sacrifice of blood.”[17] Further, Jesus never even died on the Cross. “Concealed from sight in sacred mystery. In which the Savior seems to die and then the drama ends when he is seen again. The world should witness, it should clearly see there is no death.” [18]

But the Scripture and Jesus Himself denied Holmes’ teachings when they claim (many times) that He came to die for the world’s sins. For instance:

This is my blood of the covenant, which is to be shed on behalf of many for forgiveness of sins (Matt. 26:28 NAS).

Christ died for our sins according to the Scriptures (1 Cor. 15:3 NAS).

Without shedding of blood there is no forgiveness (Heb. 9:22 NAS).

He is the atoning sacrifice for our sins, and not only for ours but also for the sins of the whole world (1 John 2:2).

Religious Science has clearly denied the most plain and fundamental teachings of the Bible, and so it must forfeit the right to be called Christian.

Holmes also redefined the new birth, which to him involved recognizing we are not separate from God. “Question—What does the Bible mean by being born again? Answer—Jesus said, ‘ye must be born again.’ His disciples asked, how can this be? And Jesus answered, ‘Ye must be born of Spirit.’ We must have a spiritual rebirth. We must be born out of the belief in externalities into the belief of inner realities, out of the belief that we are separated from God, into the belief that we are a part of a Unitary Wholeness [God].” [19] In The Philosophy of Jesus Holmes said: “There must come a new impulse to the mind, a new way of looking at things. This is what Jesus called the new birth.”[20]

However, the essence of Christian conversion is to recognize oneself as a sinner separate from God and to turn from sin toward God (repentance) by placing faith (trust) in Christ’s death for one’s sins. If this happens, regeneration, or the new birth, will have occurred (John 3:3-5). One’s nature is changed (2 Cor. 5:17), eternal life is imparted (John 6:47, 63) and one will discover a desire to live one’s life for the one true God. Essential to this whole process is the necessity of recognizing our separation from God due to sin: “But your iniquities have made a separation between you and your God” (Isa. 59:2). Unless that separation is removed by faith in Christ who died for our sins, we will remain in a state of alienation from God.