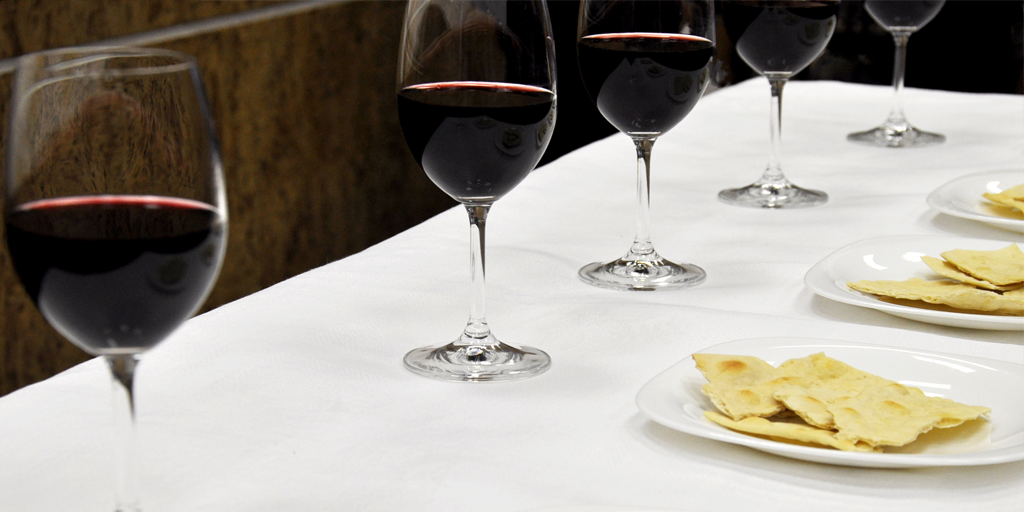 Once a year, on the Jewish equivalent of Nissan 14th, Jehovah’s Witnesses and their potential converts hold the “Lord’s Evening Meal,” remembering Christ’s death. They pass the bread and wine, but very seldom does someone partake of the elements. This is the evening they actually acknowledge that Christ died for their sins, provided they are obedi­ent to the partakers, the anointed remnant of the 144,000. This year’s event was held on April 16th, after sundown.

I well remember how we ordinary Jehovah’s Witnesses were denied communion at the Kingdom Hall of Jehovah’s Witnesses. I remember sitting there hearing the talk during the “Lord’s evening meal.” (Notice they don’t call it sharing, or communion, because that was denied us ordinary Jehovah’s Witnesses with the “earthly” hope.) We were sternly told why we could NOT partake—we weren’t in fellowship with Jesus. That was limited to the rem­nant of the 144,000 heavenly class! The whole gist of the talk from the platform was to discourage partaking of the coming elements of the bread and wine!

The Watchtower magazine of February 15, 2003 spends several pages (20-22) discour­aging its members from even thinking that they can partake! First it brings up the point that by the 1930’s the number 144,000 was complete, so only occasional vacancies caused by unfaithfulness on the part of the “anointed” could cause one to believe they could fill that position, and partake. This was supposedly extremely rare.

Then they suggest that perhaps one is partaking when one should not be partaking, so they should stop. This is because the number partaking should be decreasing as the “anointed remnant” are dying off, if their doctrine is true. However, to their embarrassment, this is not happening. Numbers keep rising. They are desperately trying to stop the partaking!

Next they suggest that perhaps someone has been wrongly encouraged to partake, “even hearing voices with messages to that effect.” The point is that the Watchtower takes prece­dence over voices from heaven! Even if you think God is speaking to you, don’t partake!

Next they present soul-searching questions each one is to ask himself, like “Do I want to be prominent?” “Am I ambitious for authority now or as a future joint heir with Christ?” Participants are encouraged to be humble and not partake.

Next they point out that perhaps the member previously believed they were going to heaven, by the Church they attended. They therefore need to adjust their thinking to the earthly hope, and forget about sharing in the body and blood of Christ.

Jehovah’s Witnesses are often on medication for nerves. I personally remember the many who were on Valium throughout the sixties, particularly taken before going out in service to calm their nerves. There are more modern drugs now. It is probably for this reason the Watchtower magazine tells them to ask themselves, “Do I use medications that affect my emotions? Am I inclined to have deep emotions that I could misjudge?” Obviously emotions should play no part in the partaking of the Watchtower wine and bread.

Also the smarter ones with more knowledge are warned that their superior intellect is no reason to partake. We personally knew a couple of “anointed” ones who were not the sharpest tacks in the box! Still, all others had to hold them in reverence, and defer to them, even if they were wrong.

Finally the Watchtower points out that only the anointed partakers have the “new birth” in Jesus Christ, only they can be a “new creature in Christ,” and only they can have the “heav­enly hope.” The rest attending the memorial celebration are there only to support the anointed, themselves being devoid of the spirit which the others have. It’s a truly humbling experience, being constantly reminded of how unworthy one is, and to what a low class one belongs, existing only to serve the anointed, and carry out their orders.

I often wondered why they filled the glass so full, making it hard to pass when no one was going to drink any anyways! We were usually invited to the get-together held after­wards at the elder’s home, where we polished off the bottle of wine since it no longer had significance in our eyes. A sad story. Denying Christ and drinking socially afterwards!

I remember one time someone had brought a hard of hearing old Anglican man who helped himself to the elements. The gasp could be heard all over the Kingdom Hall. Whis­pered speculation ran rampant that he might be a visiting member of the dying class of the remnant, and how blessed we were that he was near our Kingdom Hall during his travels. Most of those attending had never personally met anyone of the remnant… but, alas, he was only an old, misinformed Anglican! We were all so disappointed. Now I know he knew more than we did! He at least knew he could partake of the elements and belong to Christ!

I also remember, as a new Jehovah’s Witness learning that I could never be part of the group that was close to Christ—that door was closed. Even then, I longed for fellowship with Christ and wished earnestly that I had been born sooner so I could spend eternity with Him.

Later on, it was made plain by this elite group that Christ was not even our mediator for those of us with the earthly hope. Christ was the head, the elite group came next, and we fell in line way down in the pecking order, dependent on the “remnant” to secure salvation for us. We believed the Watchtower articles that encouraged us to “work hard for the re­ward of eternal life.”

I’m sure there are former Mormons as well reading this, who were offered nothing but white bread and water for communion. That is because the Mormon Christ supposedly secured their salvation, not by his shed blood on Calvary, but by his drops of sweat as He prayed in the Garden of Gethsemane. How sad for the Mormons.

Each of the various cult groups seeks to insert itself between the believer and Christ. Direct communion is therefore broken down, and persons get their eyes and hearts off of Jesus and onto these earthly leaders. We were also lied to about who Jesus really is, effectively blocking us from reaching Him under the influence of the cult.

The Watchtower organization boldly proclaimed in its magazine to “Come to Jehovah’s Organization for salvation.” What blasphemy! It is Jesus alone who provides salvation and is our mediator. I invite all readers to lay aside their preconceived ideas and turn to the Bible alone for instruction.

Let’s consider 1 Timothy 2:5, 6: “For there is one God and one mediator between God and men, the man Jesus Christ, who gave Himself as a ransom for all, the testimony borne at the proper time.”

We need to ask ourselves, Is there anything between us and God, that might be stand­ing in the way of communication with our Savior? Could that obstacle be our view of Jesus Christ, Himself? We may have come out of a cult group that misrepresented Christ, and we’re still struggling to rid our minds of cult doctrine and twisted scriptures, colored by our former cult views.

Without going into a theology lesson let me say this:

We are to share communion with “Emmanuel,” “The God with us.” This fulfills the prom­ise made in Matthew 1:23: “BEHOLD THE VIRGIN SHALL BE WITH CHILD, AND SHALL BEAR A SON, AND THEY SHALL CALL HIS NAME IMMANUEL” which translated means ‘God with us’.”

Jehovah’s Witnesses need to realize that the Greek word used here for “God” is Ho Theos, which they say is limited to Jehovah, and for once they are right! Jesus is Jehovah with us. So, the Word became flesh and dwelt among us and the Word was God.

Jesus Christ is truly God and truly man, and we believe the words in Colossians 2:8,9: “See to it that no one takes you captive through philosophy and empty deception, accord­ing to the tradition of men, according to the elementary principles of the world, rather than according to Christ. For in Him all the fullness of Deity dwells in bodily form.”

Let’s set aside all the philosophies inflicted upon us by the cult groups and let’s believe the word of God, that All the fullness of Deity dwells in Christ, even while He walked the face of the earth.

Acts 20:28 gives this counsel to all who would be elders in the congregations of true believers: “Be on guard for yourselves and for all the flock, among which the Holy Spirit has made you overseers to shepherd the church of God, which He purchased with His own blood.”

God purchased the Church with His own blood. We take communion to thank Him for doing just that, and to show that we are willing to be members of His body, by partaking of the wine, symbolizing His shed blood. We recognize Him as God and Savior.

How, then, do we become part of this arrangement, where we are recognized as belong­ing to God and showing that by partaking, or sharing in the body and blood of Christ?

We become Christ’s by being “born from above,” or being “born again.” True communion with Christ begins with the new birth.

In our next article we will discuss how we can be “born from above”, and be eligible to partake of the communion elements in the true biblical sense, and what this communion truly means.

This article was written for The John Ankerberg Show by Lorri MacGregor in ©May 2003.