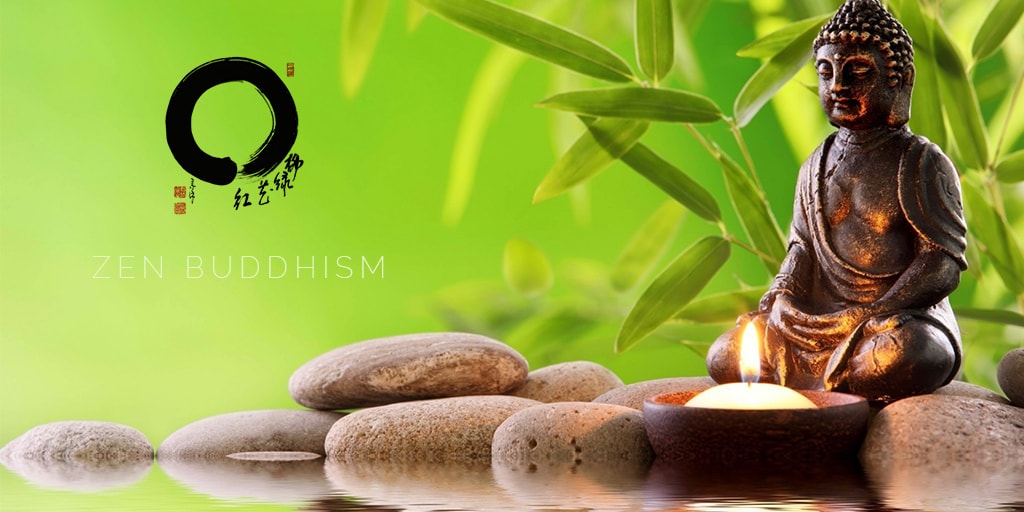 One logical starting point for talking with Zenists would be to point out and then drive
home the personal and social consequences of Zen. The basic issue is whether Zen can offer
people what they truly need in life, and usually want—purpose, value, peace, meaning and
so on. Because no one wishes to end his life and discover he had been deceived, Zen
believers can be encouraged to critically examine the implications of their philosophy for
themselves, their children and their society. If one were to make a list of what Zen offers
through zazen and what Christianity offers through a personal relationship with Jesus
Christ, the result would be striking, such as in the chart below.

Nevertheless, Shunryu Suzuki claims that Zen supplies genuine value to life. “When you
realize this fact, you will discover how meaningless your old interpretation was, and how
much useless effort you had been making. You will find the true meaning of life and… you will enjoy your life.”[1] We can only disagree. It is logically impossible to find true meaning in
life given the acceptance of Zen nihilism. If Zenists find meaning and enjoyment in life it is
not because of a Zen philosophy that is atheistic, irrational and replete with implications of
ultimate despair. In Zen, nothing has value and nothing finally matters. If Zenists find
meaning in life, it is because they are living with some Christian assumptions, however
unwittingly, not Buddhist ones.

It is also important to discover how open an individual Zen practitioner is to discussion,
because some are not willing to talk about such important issues. For many Zenists, “one
who knows does not speak and he who speaks does not know.”

Clearly, there is little one can say to someone who denies language and reason, and also
wishes not to listen. A Zenist may claim, as one did, “I do not care if I go to hell.”[2] But some
will care. Most of the time, Zenists have to live in the world God created, not the internal
Zen world formed by altered states of consciousness. Again, practitioners of Zen must live
their lives as if Christian presuppositions were true and Zen presuppositions false. How do
Zen practitioners explain this, if their philosophy really is true?

But if their philosophy is true, what difference does it make? Nothing matters, not even Zen.
And if it is false, Zen becomes a terrible waste of time. Indeed, the more one truly lives the
Zen philosophy, the more open one should be to consider other options. Zen is so contrary
to the way the world functions and to the manner in which we were created to live that it
will sooner or later self-destruct for many practitioners. This is why there are many quite
frustrated dabblers, as well as frustrated committed Zenists, who are ready for a change in
religious conviction. They are tired of the toil, turmoil, torture and meaninglessness they
have experienced under the constraints of Zen.

Dr. Lit-sen Chang’s interest in Zen began at a young age. He became an influential Zenist,
being elected the first President of Kiang-nan University.[3] He was so committed that he
diligently followed the Zen path for some fifty years. Yet upon conversion to Christ,
whatever value Zen had for him withered like an unsolved koan. In his exposé, Zen-
Existentialism: The Spiritual Decline of the West, he warns: “I should say now that what Zen
offered me was merely a technique of self-intoxication or a sense of false security…. [satori
was] a result of many years of the most strenuous devastation of rational understanding.”[4]
“Such philosophy of radical freedom and subjectivism which makes man autonomous from
all objective forms and divine law and revelation, will surely lead mankind to an horrible
chaotic and nihilistic darkness.”[5] He concludes:

In a word, Zen is not only biblically and theologically untenable, but also
psychologically and socially detrimental. As we pointed out in another chapter, Zen
is a technique by which to achieve “a mental breakdown.” It is “a bankruptcy of thought process” or “mental catastrophe”…. It is a cult of iconoclasm, a disastrous
surrender to Nihilism. Zen has been exaggerated as “the way of liberation,” but it is
rather a kind of mystical “self-intoxication,” “a childish dependence upon magical
omnipotence,”… In Japan, it was “condemned by other sects as dangerous to culture
because of its iconoclastic teachings.” While it had been used by Japanese militarists
as an incentive for aggressive war, it is entirely “impotent to do something tangible
to aid suffering humanity, judging by the cities and slums and rural misery of Asia.”
Now many Westerners, weary of their conventional religion and philosophy, find
some charm in Zen and have become prey to its plausible teachings. If unchecked,
the consequences will be surely disastrous to our culture.[6]

With many millions of people exposed to Zen today, we are already experiencing the
consequences. But should not the Zen practitioner bear (and feel) some degree of
responsibility for the burdens he has placed upon society by his nihilism? And what of the
harm Zen philosophy has wrought to Christian belief in the West? If nothing really matters,
why are many Zenists so desirous of converting Christians to Zen and of undermining
Christian philosophy? Will they not themselves suffer the consequences culturally and
spiritually?

So-called Zen Christians especially should rethink their priorities. As we have seen, in Zen
there is no room for Christian morality, or for Jesus Christ (as Savior or anything else), or
for a personal God or for personal immortality. In adopting Zen, uninformed Christians
seem to have no idea of the consequences or the cost of abandoning Christianity. Is there
any idea of what has been exchanged, of what was lost and what was gained? Quite literally,
everything was lost and nothing was gained. In any field of life other than mystical religion,
such an exchange would not be contemplated for even a moment.

Dr. Tucker Callaway was a Christian personally familiar with Zen and also a missionary to
Japan. He spent over twenty years in dialogue with Buddhists in their temples. He also
personally took up the practice of zazen so that Zenists would know that he knew Zen as a
practitioner and yet still chose to be a Christian. His book, Zen Way—Jesus Way contrasts,
point by point, the Christian and Zen doctrines, including their presuppositions and views
on oneness, Reality, freedom and so on. Dr. Callaway clearly shows that everything is not
the same and that the Zen way is not the Jesus way. “Those who say all religions are
essentially the same either have little substantial information on the matter, or else they
are committed to a Zenlike monistic philosophy which demands the denial of all differences
as a necessary dogma of their religious faith. These must preach ‘tolerance,’ with avid
intolerance for anyone who disagrees.”[7] Further:

Both Zen and Jesus say, “The truth will make you free.” Zen truth is the insight
gained in Enlightenment. The freedom it engenders is the liberty to accept
everything just as it is with no hang-ups, no inhibitions; with thankfulness and
serenity. No matter how different one set of moral rules may seem from another,
Zen knows there is no difference. The Enlightened One is delivered from bondage to
all rules…. The one limiting factor for Only-Mind is its own nature…. Only-Mind is not free to violate its own nature. Only-Mind cannot sin. And since Only-Mind is
everything, nothing can sin. The impossibility of sin in Zen is a dramatic evidence of
its absolute qualitative difference from the Jesus Way.[8]

Zenists may deny sin, but because sin is real, because all Zenists do sin, and because
acknowledgment of sin is necessary to salvation, this is another vital point for discussion
with Zen practitioners. Sin constitutes the Zenist’s fundamental dilemma before God. “But
your iniquities have separated you from your God; your sins have hidden his face from you,
so that he will not hear” (Isa. 59:2). In the end, then, Zen believers must choose between
themselves as “no self,” or Only Mind, or themselves as personal individuals who need
redemption in Jesus Christ: “If anyone would come after me, he must deny himself and take
up his cross and follow me. For whoever wants to save his life will lose it, but whoever
loses his life for me and for the gospel will save it. What good is it for a man to gain the
whole world, yet forfeit his soul? Or what can a man give in exchange for his soul?” (Mark
8:34-37).

Zenists may respond, “The answer, the eternal home, will never, never be found so long as
you are seeking it, for the simple reason that it is you yourself.”[9] But Jesus says, “Ask and it
will be given you; seek and you will find; knock and the door will be opened to you” (Matt.
7:7). And besides, how can the individual be the solution to his own problems when as an
individual he does not even exist? Indeed, Zen philosophy has fatal problems at every point
one cares to examine it, whether in the field of metaphysics, morality, epistemology or
practical living.

Even in all its alleged glory, Zen offers no answers. Indeed, nothing exists, so how can there
be answers, let alone an eternal home in Zen? There is only a deafening silence. Remember
D. T. Suzuki argues that even after enlightenment we still “know not definitely what the
ultimate purport of life is.”[10] But, with Jesus Christ, the Zenist can know. “These things I
have written to you who believe in the name of the Son of God, in order that you may know
that you have eternal life” (1 John 5:13 NAS, emphasis added). “Truly, truly, I say to you, he
who believes has eternal life” (John 6:47 NAS, emphasis added).