Yahweh Rohi – The Lord is My Shepherd 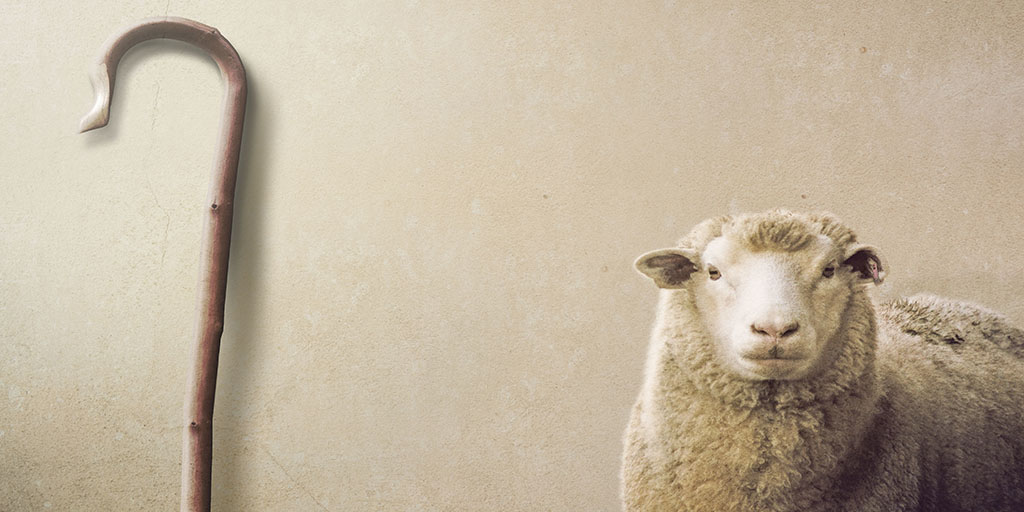 Philip Keller gives us a beautiful description of what the shepherd means to the sheep. He explains, “[David] knew from firsthand experience that the lot in life of any particular sheep depended on the type of man who owned it. Some men were gentle, kind, intelligent, brave, and selfless in their devotion to their stock. Under one man sheep would struggle, starve, and suffer endless hardship. In another’s care they would flourish and thrive contentedly.”[1]

He goes on to talk about the vastness and intricacy of the universe, then continues, “All this is a bit humbling. It drains the ego from a man and puts things in proper perspective. It makes me see myself as a mere mite of material in an enormous universe. Yet the staggering fact remains that Christ, the Creator of such an enormous universe of overwhelming magnitude, deigns to call Himself my Shepherd and invites me to consider myself His sheep—His special object of affection and attention. Who better could care for me?”[2]

Sheep cannot take care of themselves. Keller says, “they require, more than any other class of livestock, endless attention and meticulous care.”[3] They are especially vulnerable to dangers from weather and predators, and often from their own foolishness. For example, I recently saw a video clip of a sheep being pulled out of a crevasse, only to run a few steps and fall right back in!

In the Old Testament, rulers were frequently referred to as shepherds. In a culture where many subjects were herdsmen of one sort or another, that image would have brought to mind an authority figure who provided for his subjects. “One ancient Sumerian wisdom text offers a particularly good parallel to Psalm 23: ‘A man’s personal god is a shepherd who finds pasturage for him. Let him lead him like sheep to the grass they can eat.’ For the psalmist, there is but one shepherd, his personal God, Yahweh (Genesis 48:15).”[4]

As the Good Shepherd Jesus did indeed lay down His life for us, becoming the once-for-all-time sacrifice for our sins (Hebrews 10:12), and by that sacrifice “perfect[ing] for all time those who are being sanctified” (v. 14).

When you accept Jesus’ sacrifice for you, when you believe and receive His gift of salvation, you come under His care as your Good Shepherd. All these benefits and blessings found in Psalm 23 are automatically yours—for the rest of your life.

Over the past few months we have been looking at just a few of the names of God that are revealed in the Bible. Tony Evans reminds us, “In Scripture, a name is much more than nomenclature. It represents reputation and character. It reflects the heart of who someone is.”[5] As we come to the end of this series, I want to share something I found in Elmer Towns’ excellent book, The Ultimate Guide to the Names of God. Here he shows how each verse, each phrase, of Psalm 23 reveals an aspect of God’s character. As he explains, “Psalm 23 is structured to show that our needs are matched by the caring response of God,”[6]  our Good Shepherd!

Little wonder that this psalm has become so beloved. As we draw this series to a close, may I ask you to pray and read this psalm once again, remembering the many facets of God’s character and care that are revealed within these words? May you come to love your Shepherd even more as you absorb the depth of His care for you.

A psalm of David.

The Lord is my shepherd, I lack nothing.
He makes me lie down in green pastures,
he leads me beside quiet waters, he refreshes my soul.
He guides me along the right paths for his name’s sake.
Even though I walk through the darkest valley,
I will fear no evil, for you are with me;
your rod and your staff, they comfort me.

You prepare a table before me in the presence of my enemies.
You anoint my head with oil; my cup overflows.
Surely your goodness and love will follow me all the days of my life,
and I will dwell in the house of the Lord forever. (NIV)