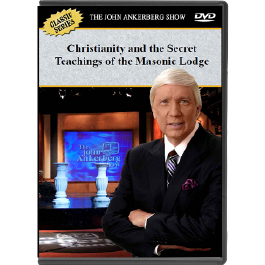 Christianity and the Secret Teachings of the Masonic Lodge

Former worshipful masters Jack Harris and Jim Flannagan reenact some of the rights and creeds of the higher degrees of Freemasonry. This is interspersed with clips from our former series “Christianity and the Masonic Lodge: Are They Compatible” which included a Thirty-second degree Freemason Bill Mankin states that Freemasonry has no symbolism or teaching to make it a religion and that it doesn’t conflict to be a Christian and a Freemason. Cults expert Dr. Walter Martin responds by citing Masonic rituals, oaths, and prayers, explaining that Freemasonry is without a doubt a distinct religious system with teachings and rituals that are in contradiction to Christianity.