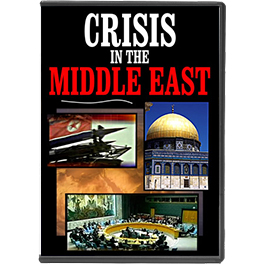 Crisis in the Middle East

Where does the Bible predict that Iran, Libya, Turkey, the Sudan, Russia, Syria and Egypt, will all come against Israel in the last days? Two of these nations, Iran and Syria, have in the last few months, worked together for the first time in history to attack Israel. Why are other nations in the Middle East worried about Iran and Syria working together? Have we now entered into the first stages of World War III? Will the escalating Islamic terrorist attacks against Israel, Western and European nations, coupled with North Korea’s threats, and Iran’s nuclear capabilities, eventually bring the world to the brink of war? What about the future of Iraq? Over 5, 500 civilians have been killed in the last 60 days. Civil war is looming over the country between Shiites and Sunnis. What surprising things does the Bible predict will eventually take place in Iraq? Will there ever be peace in the Middle East? Will the nations of the world be successful in placing a peacekeeping force in southern Lebanon and the Gaza Strip to protect Israel from Hezbollah and Hamas? Have we arrived at the time the Bible predicts nations outside of Israel will have to guarantee Israel’s protection from those who want to destroy her? Does the chaos in the world, the crisis in the Middle East, the spreading attacks in different nations by Islamic terrorists, the possibility of worldwide epidemics and economic uncertainty, indicate that Christ’s return to Earth is near?