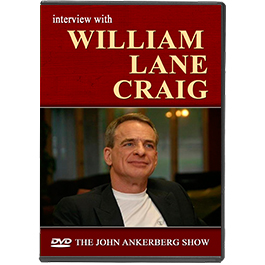 Is there a difference between Christian evidence and secular evidence? How does archaeology help us in learning about the historical Jesus? What kind of evidence should we expect to find about the historical Jesus? Guest and bible scholar Dr. William Lane Craig sits down with Dr. John Ankerberg to discuss these questions. William Lane Craig is an American Christian apologist. He is known for his work on the philosophy of time and the philosophy of religion, specifically the existence of God and the defense of Christian theism. He has made contributions to the philosophy of religion, and his defense of the Kalām cosmological argument is the most widely discussed argument for the existence of God in contemporary Western philosophy. He has authored or edited over 30 books including The Kalam Cosmological Argument (1979), Theism, Atheism and Big Bang Cosmology (co-authored with Quentin Smith, 1993), Time and Eternity: Exploring God’s Relationship to Time (2001), and Einstein, Relativity and Absolute Simultaneity (co-edited with Quentin Smith, 2007).