Skip to content
Use code summer25 to save 25% on any book
Spend $90 or more to receive free ground shipping in the US! 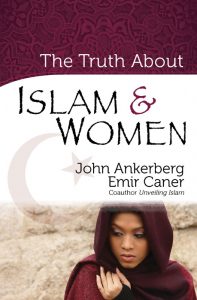 The Truth About Islam & Women – Book

As the son of a devout mosque leader, immersed in the Islamic worldview, Emir Caner offers you the real picture of women under Islam. He and John Ankerberg delve into the claims of Muslim apologists and help open your eyes to: the conditions of near slavery women suffer in many Islamic cultures, Muhammad’s ambivalence toward females, the contempt for women found in the Qur’an and the Muslim traditions, the basis for women’s subjugation in Islam’s teachings, the dehumanizing double standard regarding men’s and women’s sexual behavior. Ankerberg and Caner leave no doubt why, in the light of history, Christianity is the truly radical religion regarding the treatment and status of women. A great source for understanding and discussion.