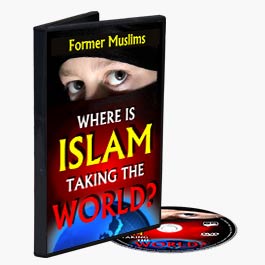 Where Is Islam Taking the World?

Program 1: Is it true that if a Muslim converts to Christianity, the law demands that person to be stoned to death or beheaded for the crime of conversion? Program 2: Why the war between the East and West is not one of ideology, but of theology. Why did the publishing of cartoons about Muhammad cause such a reaction across the Muslim world? How can Christians share the Gospel with Muslims? Program 3: Does the Qur’an teach that Islam will dominate the world? Is the world headed for a major clash between Islam and Christianity? Program 4: Is it true that Muslims plan to spend $3 billion to introduce Islam to every person in America by 2013?

Be the first to review “Where Is Islam Taking the World?” Cancel reply