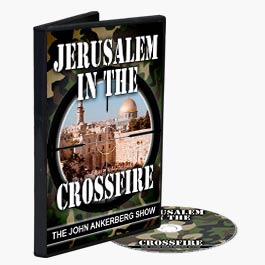 Jerusalem in the Crossfire

Half a billion people in the European Union now constitute the greatest economic power in the world. In the past few months the president of the EU has traveled throughout the Middle East calling for a new peace initiative between Israel and the Palestinians, while at the same time calling for a new leader of the EU. This new leader will be stronger than any national leader in the world. According to the Bible, is the European Union the infrastructure for the Revised Roman Empire spoken about by the prophet Daniel? And does the Bible teach the political leader identified as Antichrist will arise from the European Union? Are there plans underway in Jerusalem to rebuild the Jewish Temple? Islam considers the Temple Mount and the Dome of the Rock to be the third most sacred place in Islam. If it is destroyed, or the Jews try to rebuild their temple, it could cause World War III. What events are under way that could bring a major confrontation?