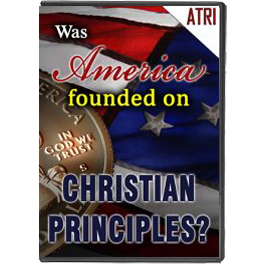 Was America Founded on Christian Principles?

Who coined the phrase “separation of church and state”? Why did the Supreme Court in 1962 reverse the meaning of the First Amendment which it had defended for almost 200 years? How can we maintain good government? Why is a public servant’s private life more important than his public life? What were the Founding Fathers’ intentions toward God, prayer, biblical principles in American schools, political life, and government? Excerpts are given from Christopher Columbus’ log, statements from early colonists, the Mayflower Compact, the first public school laws, and the original entrance requirements to Harvard, Princeton, and Yale. (Formerly known as The Founding Fathers: Did they intend for America to be founded as a Christian Nation?)