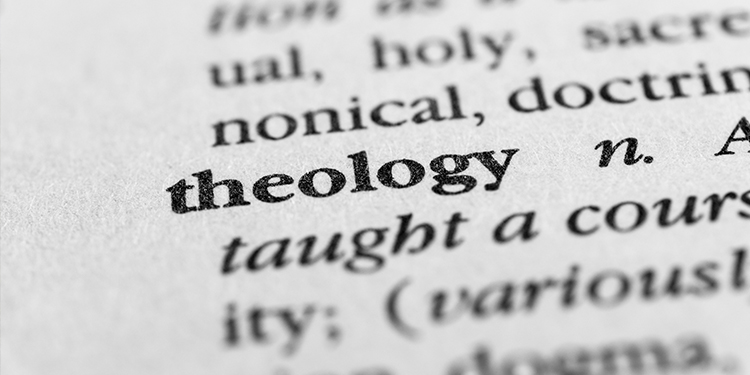 A Study of Theology III – Part 6

Dr. Figart continues his study of the Nature of Christ.

A Study of Theology III – Part 6

1).        Though Christ sometimes operated in the sphere of deity and at other times in the sphere of humanity, He always acted as one Person. There was never any conversation between the Son of God and the Son of Man; they were one and the same Person.

2).        His two natures do not transfer attributes; infinity cannot be transferred into finiteness. An essence is composed of the sum of its attributes; thus, to transfer even one attribute is to change the essence. (cf. the Lutheran view of the ubiquity of humanity of Christ in the Lord’s Table).

3).        Thus, the two natures of Christ are never to be confused or co-mingled. There is no mixture of the two to form a third substance; the human remains human, and the divine remains divine. Yet they are united in one Person without the loss of attributes, and they maintain their separate entities and identities.

Example: The Lord Jesus is our Redeemer. As man (Jesus) He could die, but only as God (Lord) would His death have infinite value as payment for sin. Job. 19:25.

2).        Attributes in which the whole Person is the subject, but the predicate is true of the divine nature only. Example: His eternity; “Before Abraham was, I am” John 8:58. Subject: “I” Predicate: “am before Abraham came to be.” Eternity applies only to the divine nature in the past; yet as to His Person, Christ is eternal! See John 17:5.

3).        Attributes in which the whole Person is the subject, but the predicate is true only of the human nature. Example: “I thirst” John 19:28. Subject: “I” Predicate: “thirst” Only His human nature could thirst, yet, His whole Person was involved on the cross, or salvation would be worthless.

5).        His Person may be described according to the human nature, but the predicate of the divine nature. Example: “What and if ye shall see the Son of man ascend up where He was before?” John 6:62. Subject: “Son of man” Predicate: “shall ascend up where He was before.” Obviously the human nature did not exist before the incarnation, yet the predicate ascribes eternity to the Person, “He.”

6).        His Person may be described according to the divine nature, but the predicate is of both natures. Example: John 5:25-27. Subject: The Son of God speaks and the dead live Predicate: This same Person executes judgment because He is the Son of Man. This is possible only because the attribute of speaking is possessed by both natures a demonstrated by the fact that the human nature is specifically mentioned as in view when He judges.

7).        His Person may be described according to the human nature, but the predicate is of both natures. Example: Matt. 27:46 Subject: “My God…” Speaking as a human in relation to God; Predicate: “why hast Thou forsaken me?” “Me” refers to both natures (His Person). The God-man was judicially forsaken because He was bearing the sin of the world. God died in the sense that deity lost a body which had been given to it. The fellowship of deity was affected, but the unity of deity was not broken.

1).        Redemption: When Christ offered Himself as a sacrifice for sin it was an act of His whole Person. As a man, Christ could die, but only as God could His death be of infinite value. Thus, His blood was shed as part of the act of the Divine-human Person. It was verily the blood of God. I Cor. 2:8.

3).        Prophet: Ordinarily a prophet does not need a divine nature, but in the case of Christ, He was “declaring” God’s nature, John 1:18, so only through the God-man, the Logos, could this expression of God be manifested.

4).        King: Through His human nature Christ was linked to the royal family of David, Lk. 1:31-33, but only a divine king could have a universal and everlasting reign.

5).        Worship: Even while on earth Christ was worshipped, though His glory was veiled, Jn. 9:35-38. To worship anyone in the strict religious sense is to ascribe divine perfections to that Person. The humanity of Christ nevertheless entered into that worship and became the object of the adoration of saints and angels, Heb. 1:6.

7).        Immutability and Impeccability: The union of the two natures of Christ did not change either nature, but it did require the absence of a sin nature and the lack of a human father. Yet, there was no contradiction to His humanity, since these two things (sin and a father) were also absent from Adam in his innocency.

a).        Because of His true human nature Christ was capable of temptation.

b).        Temptation implies the possibility of sinning.

d).        If He was not really tempted Christ cannot sympathize with us.

b).        Though He had a human nature, it was “apart from sin” (no sin nature) Hebrews 4:15b, so that temptation had to come from outside. Hodge would agree that Christ’s temptation differs from ours.

c).        Christ had to be tempted as to His Person, since the divine nature by itself could not be tempted.

a).        We do not agree that temptation implies the possibility of sinning. An impeccable person can be attacked (tempted) even though he cannot be defeated (yield to sin). It is possible to attempt the impossible.

c).        Temptability depends upon susceptibility, and Jesus was susceptible to all forms of temptation except that which springs from a fallen nature, just as Adam was susceptible before the Fall.

1).        Hodge’s View: If Christ could not sin, there was no point in the temptations and they were not real.

a).        In Matthew 4 the temptation to turn stones into bread was real because He is a true human being and was hungry. As Son of God He had real power to do this and Satan tempted Him on that basis.

c).        Comparison with Adam: If Christ’s human nature had not been supported by His divine nature He could have sinned, as Adam did. But the hypostatic union of the two natures acted as a safeguard.

d).        Hebrews 4:15 He was “tempted in all points… yet apart from sin” His all points were far greater than our all points. They included every possible sphere and the greatest possible exertion of Satan’s power! Christ was tempted in realms which we never enter, but which were real temptations for Him.

e).        “…touched (sumpatheo= sympathy) with the feeling of our infirmities…” True ground for sympathy does not require falling in sin, but merely the knowledge of the power of temptation. Christ knows this better than anyone; He went farther into the realms of temptation than we have.

1).        Immutability: Unchangeableness, Hebrews 13:8. Christ was holy before the incarnation; He is still holy. Otherwise He could sin in heaven now and our salvation would be in jeopardy!

3).        Omniscience: Infinite wisdom enables Him to know the awful consequences of sin beforehand; thus He would exert His infinite power to avoid these consequences.