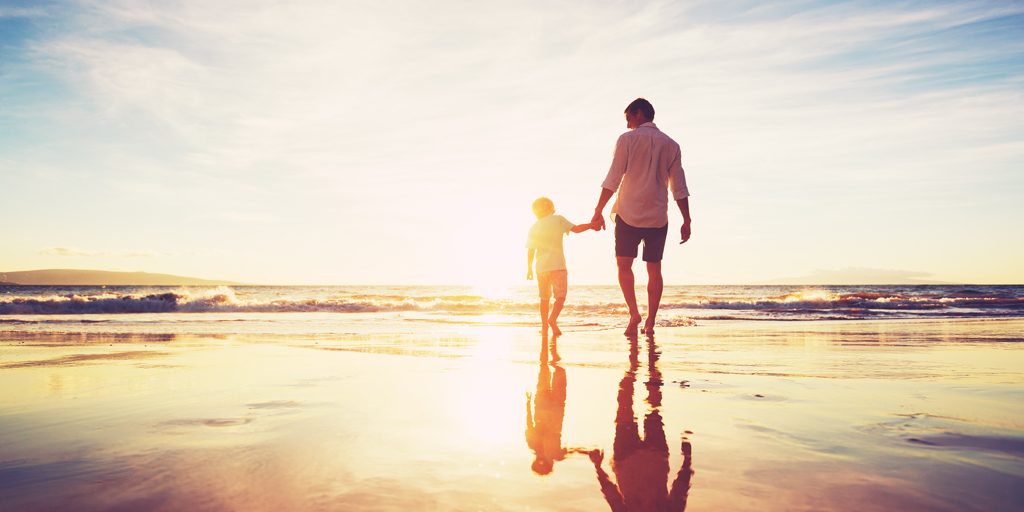 “Throughout Scripture we find analogies that point to God’s ability to reveal himself in ways we can understand.”[1]

One of the ways God has chosen to reveal Himself to us is through the idea of fatherhood. Of course, every analogy—even this one—breaks down at some point, so it’s important not to press them too far. We all understand the idea of “father.” Some have great fathers; others had very bad fathers; and the majority fall between those two extremes. So we must not assume God’s fatherhood mirrors your own father in every respect.

On the other hand, as Alister McGrath points out, “…the analogy of God as Father also indicates what human fathers ought to be like. The same care, compassion and commitment God shows toward us are meant to be reflected in the attitude of human fathers toward their children.”[2]

So let’s briefly explore some of the ways in which God is revealed as Father.

There is a sense in which God is the father of all. After all, He created us. Paul mentions this in Acts 17:28: “‘In him we live and move and have your being’; as even some of your own poets have said, ‘For we are indeed his offspring.’”[3] However, as R.C. Sproul cautions, calling God “Father involves far more than acknowledging his powers of creation.”[4]

God also has a unique, father relationship with Israel. Deuteronomy 32.6 says, “Is he not your father, who created you, who made you and established you?”  Throughout her history Israel has seen powerful displays of God’s love, His provision and His discipline.

By far the most astonishing way that God is our Father is through adopting us as His sons and daughters.  “He predestined us for adoption as sons through Jesus Christ, according to the purpose of his will” (Ephesians 1:5). Albert Mohler explains, “It is one thing to assert that the Father ‘Makes his sun rise on the evil and on the good, and sends rain on the just and on the unjust’ (Matt. 5:45). It is quite another to affirm that God is obligated to save all because he is Father.”[5]

Scripture clearly tells us who can be called God’s sons and daughters: “But to all who did receive him, who believed in his name, he gave the right to become children of God.” And just like a human father, God lovingly works in our lives to make us “like him” (1 John3:2). What an amazing idea!

Scripture also reveals God as a loving father: “See what kind of love the Father has given us, that we should be called children of God; and so we are” (1 John 3:1).

These beautiful lyrics from Ian Smale provide a fitting doxology to this article:

Father God, I wonder how I managed to exist
Without the knowledge of your parenthood and your loving care.
But now I am your son, I am adopted in your family,
And I can never be alone, ‘Cause Father God, you’re there beside me.[6] (Ian Smale)

All You Need to Believe, C. Donald Cole

[3] “Here Paul quoted from pagan poets Cleanthes and Aratus, who had said that Zeus was the Father of human beings because he had created them. Of course, Paul insisted that the God of the Bible was the real creator, and not Zeus. But Paul also affirmed the idea that to create something is to become its Father.” Richard L. Pratt, Jr., ST312 The Apostles’ Creed, © Third Millennium Ministries & Christian University Globalnet.