Are We Really Catholic Bashing? 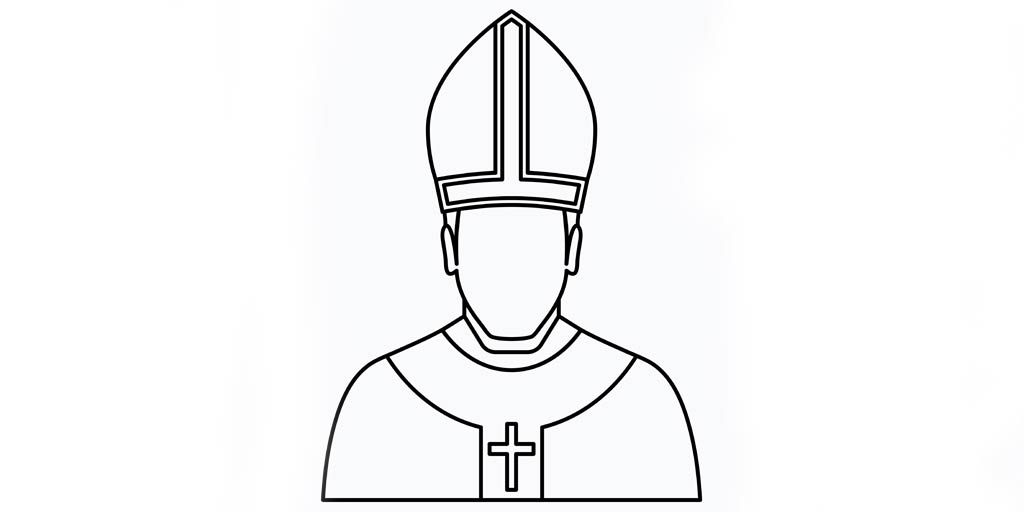 Throughout the last 13 years we have made the Roman Catholic Church our primary mission field. It has been our heart’s desire to see Roman Catholics embrace the Lord Jesus Christ as their all-sufficient Savior and enjoy the salvation He sovereignly secured for all who trust Him alone. Needless to say, we have received thousands of letters, e-mails and phone calls from disgruntled, irate, annoyed, threatening or confused Catholics who tell us we are Catholic bashers and do not know anything about their religion. Some are zealous for God, but without biblical knowledge. Others have an unbending loyalty to the Pope and his teachings. We recently received a letter which covers many issues that are usually brought forth when Catholics are confronted with the biblical Gospel. Following is the letter and my response.

I hope you can open your heart enough to truly hear what I’m about to tell you. First, you were not a “hard-core” Catholic. You are like a lot of people who were raised Catholic, who really did not know or understand their faith. I was like you at one time. I was raised Catholic, but did not practice my faith for years. But thanks to the grace of God, the Holy Spirit, and my devout wife, I rediscovered my Catholic faith as an adult. I love my faith and its glorious tradition handed down from Peter and Paul and the Apostles.

Regarding your belief in the Bible alone, who do you believe compiled the Bible? Before the Protestant Reformation, Catholics wrote the only Bibles in existence. The King James Bible and all Protestant Bibles are based on the Catholic Bible, but many words were changed to justify Protestant beliefs. You see, Catholicism was the only game in town for over a thousand years until the Eastern Orthodox Church split with Rome and the Protestant Reformation further splintered Christians. The doctrines of Catholic faith have not significantly changed in 2000 years! Yet Paul writes in 1 Corinthians 11:2 those who “hold fast to traditions that you were taught, either by an oral statement or by a letter”. In 2 Thessalonians 3:6 Paul says “Shun any brother who conducts himself not according to tradition they received from us.” The Gospel of John 21:25 states that not everything Jesus said was recorded in scripture.

Does being born-again mean that it is open season on Catholics? Is Catholic bashing a requirement for being born-again? Why the constant attacks on Catholicism, an attack on those who receive Christ in the Eucharist on a weekly, or in my case, a daily basis? Do you really believe that if you’re Catholic you’re going to hell? When it was written that early Christians needed to be “born-again”, the target audience was those who were not already baptized. Taken in that context, the need to be born-again does not apply to Catholics since Catholics have already been baptized, and are thus reborn.

I would like to address each one of your points. First, the Catholic Church was not even around to compile the Hebrews Scriptures. The Old Testament was closed 400 years before Christ’s life, death and resurrection. Furthermore, it was the apostles and the eye­witnesses to the events of Christ’s first coming who wrote the New Testament, not Catholics. The Roman Catholic Church did not exist in the first century. It can not be the one true church founded by Christ because it does not profess the faith of the apostles. Its teach­ings and traditions prove, beyond a doubt, that it has departed from the apostolic faith.

Jude warned the early church to contend for the faith against apostates. In verse 4 of his epistle, he wrote, “For certain men whose condemnation was written about long ago have secretly slipped in among you. They are godless men, who change the grace of our God into a license for immorality and deny Jesus Christ our only sovereign and Lord.” Jude identifies the apostates by certain characteristics that resemble the Roman Catholic Church. Catholics deny Jesus as the only sovereign and Lord by supplanting His authority with an authority of their own. They have turned the grace of God into a commodity that can be bought, bartered or merited through indulgences and sacraments. They have per­verted the Gospel of grace into a gospel of faith plus works. They have denied the su­premacy and sovereignty of Christ and given His divine attributes and titles to Mary and the Pope. They have denied the sufficiency of the word and work of Christ. These are just some of the characteristics that would convict the Catholic Church of being apostate not apostolic.

The Roman Catholic Church declares itself to be the church that Jesus started 2000 years ago. It further pronounces that the church never changes its dogmatic teachings. With this in mind we, once again, can examine the teachings of the Catholic Church today and prove they do not resemble the first century church. Nowhere in the New Testament do we see:

You said “the King James Bible and all Protestant Bibles are based on the Catholic Bible, but many words were changed to justify Protestant beliefs.” You are incorrect. The King James Bible was translated from the original languages of Scripture (Hebrew and Greek) while the first Roman Catholic Bible, known as the Douay-Rheims Bible was trans­lated from Latin in the 16th century. Needless to say, a translation from the original lan­guages would be much more accurate than a translation from a translation. Furthermore, it is not the King James Bible that departed from the original canon but the Roman Catholic Bible. In 1546 the Council of Trent added the Apocryphal books to the canon in an attempt to justify the doctrine of Purgatory. Jerome rejected them when he was translating the Bible into Latin in 450 because they were never part of the Hebrew canon. The texts include Judith, the Wisdom of Solomon, Tobit, Sirach, Baruch, Maccabees I & II, Esdras I & II, additions to the Book of Esther, the Book of Daniel, and the Prayer of Manasseh.

Have you considered the references to tradition in the New Testament appear mostly as warnings against using them to nullify the word of God or to hold people captive (Mark 7:7- 13; Col. 2:8-9). Only three times is tradition used in a positive sense. The few references you cited are exhortation for Christians to follow apostolic traditions. Please note the tense. Each reference is given in the past tense, i.e. the tradition which you were taught, (2 Thes. 2:15); which you have heard (2 Tim. 2:2); and, as I [Paul] delivered them to you (1 Cor. 11:2) Man’s tradition, which crept into the church after the apostles, is what we are to ear­nestly contend against (Jude 3). Followers of Jesus Christ are exhorted to earnestly con­tend for the faith which was delivered to the saints at the time the last apostle went to glory. “The faith” is made up of the Word of God and the traditions which “were taught” by the apostles. We must contend against other traditions because religious leaders and institu­tions can become corrupt (Mat. 23). The only assurance to genuine faith is from the objec­tive, infallible Word of God (John 17:17).

You noted that the Gospel of John 21:25 states that not everything Jesus said was recorded in scripture. Do you know why John included what he did in his Gospel? He tells us. “These [things] have been written that you may believe that Jesus is the Christ, the Son of God; and that believing you may have life in His name” (John 20:30-31). Have you believed what John wrote? Unfortunately many Roman Catholics would have been indoctri­nated to trust their clergy rather than what is written in the divinely inspired Scriptures. Consider what John has written about the Lord Jesus Christ:

John also answers your questions on being born-again. He wrote: “But as many as received Him, to them He gave the right to become children of God, even to those who believe in His name, who were born not of blood, nor of the will of the flesh, nor of the will of man, but of God” (John 1:12-13). Please note that those who are born-again “believe in His name.” Is it possible for a 7-day old infant to believe or have faith in anything? Please also note that those who are born-again are born of God not of any human initiative. You can not be born-again because you were born into a Christian family, or because of self-will or because of your parents’ decision to baptize you. It is God who calls and draws those He has chosen (Eph. 1:4; John 6:44; Rom. 8:30). The Bible teaches that anyone (Catholic or non-Catholic) who has not been born-again will not enter the kingdom of God, but instead suffer everlasting torment in the eternal lake of fire.

I do not know why Catholics so often refer to us as Catholic bashers. If we really wanted to bash Catholics we would ignore them and let them march proudly towards an eternity without Christ. It is our love for Catholics and for our Lord that motivates us to be faithful to the great commission. It is our compassion for Catholics that persuades us to proclaim that Jesus Christ is sufficient to save sinners completely and forever, a doctrine that most Catholics deny. And finally it is our desire to exalt our Lord by exposing any teaching or tradition that robs Him of the glory, honor and praise that He alone deserves. It is my prayer that you will come to Jesus with empty hands of faith, bringing nothing but your sins to the cross! Only then will you know the peace of God which surpasses all understanding.

This article was written for The John Ankerberg Show by Mike Gendron; ©2003.