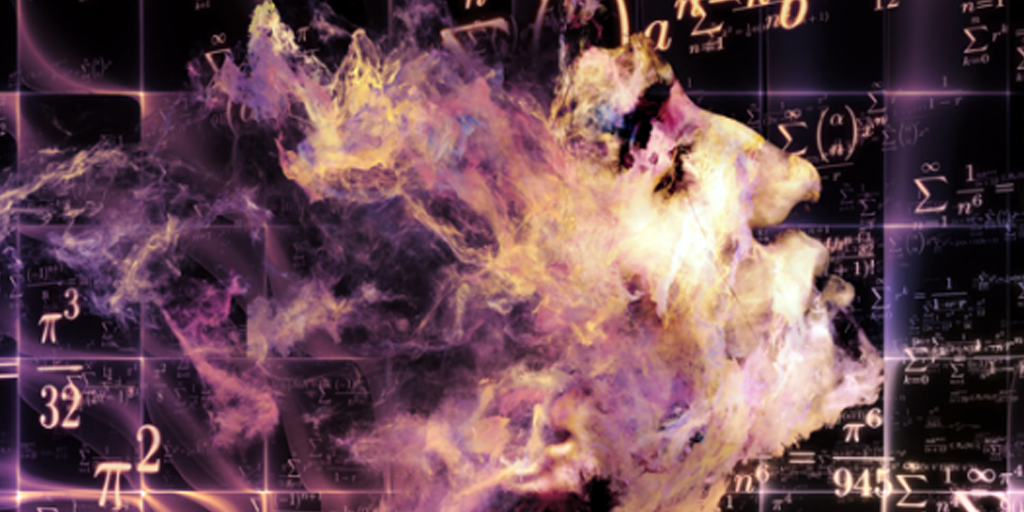 The Westminster Confession of Faith declares that the chief end of man is to glorify God and to enjoy Him forever. At the time it was written, few Westerners had any real doubts as to which God it referred to. Today it is a different story entirely. The sheer number of religions confuses people when it comes to truth claims. So is it possible to discover which concept of God is true and which religion is true? We think it is. Let’s begin by finding out what we can know at the intuitive level.

There is a particular fact that no one, not even the most diehard atheist, can logically deny. The vast majority of men and women throughout history have believed in God. It is probably also true that the majority of the greatest thinkers among humanity, including scientists, have believed in God.[1] In light of this, one might argue atheism is little more than an infected blemish on the face of history.[2]

The famous psychologist Carl Jung once observed that the “idea of an all-powerful divine being is present everywhere, if not consciously recognized, then unconsciously accepted. Therefore I consider it wiser to recognize the idea of God consciously; otherwise something else becomes god, as a rule something quite inappropriate and stupid.”[5] Even if skeptics and others say that they aren’t certain of God’s existence or that they disbelieve in God, they still know He exists. One reason the Bible spends no time arguing for God’s existence is because it really isn’t necessary.  In the material below we have provided sufficient examples from Sweeney’s book to illustrate our point. Collectively, they show the raw power of the intuitive knowledge of God, even when such knowledge is perverted into mysticism and pantheism.

Famous writer Kurt Vonnegut, Jr., who describes himself as a rationalist, still believes in God. Even though he judges God’s performance as “quite heartless,” declaring we have “a lousy God,” he nevertheless says that he believes in “pretty much the Unitarian God, where spring is celebrated and where there is a feeling of something terribly important going on in the universe, something unified, an awareness of that”.[6] Actor Richard Chamberlain, known for his roles in “Shogun” and “The Thornbirds,” declares, “We are pieces of God.”[7] Star Trek producer Gene Roddenberry has said, “As nearly as I can concentrate on the question today, I believe I am God; certainly you are; I think we intelligent beings on this planet are all a piece of God, are becoming God.”[8] Actor Martin Sheen replies, in response to whether or not he prays, “Only when I get in trouble.” Asked where he directs the prayer he says,

It just goes. I feel like I’m making contact. I don’t feel that I’m talking to myself when I pray. I don’t think people who pray do, do they? If they’re really praying, they are in touch with Another, which I think is God, or part of God, or at least the presence of God in us.[9]

As I got into the creative business, then I realized that creativity and God were connected, directly connected. Whether you believe in God or not. You had to believe, if you believed in creativity, you had to believe in some creator. And if you believed in some crea-tor, where do you end up? You must go to that prime creator, which has set our universe in motion. Things are too ordered in the universe to be the result of chaos. There is no way you can get away from the fact that there’s got to be some sort of divine idea to the whole thing.[10]

Even novelist and screenplay writer of Exorcist fame, William Peter Blatty, speaks of his relationship with God in quite personal terms:

It’s very mysterious that one man, being of sound mind, can give his life for another. I think that kind of love, that kind of inherent goodness speaks very loudly for a good God. And so with all the problems, I personally have always felt that my relationship to God is that of a son who writes lots of letters. He never gets a letter back, but he keeps hearing reports from mutual friends of what his father is doing. And his father seems to be taking the attitude of “look, trust me, I’m taking care of you.” And I do trust him, I trust God very definitely. There have been so many personal interventions in my life.[11]

To me, proving the existence of God is not important because everybody believes in God no matter what they say…. When you look back over your life, carefully, you remember all kinds of moments when you felt God near you; when you felt that somehow or other you lucked out; when you got something you didn’t deserve.[12]

William Shoemaker, one of the greatest jockeys in the history of racing, confessed:

I must admit that I’m really not very religious. I do believe in God, but I don’t really follow it as well as I probably should. I’m not into it like some people, but I believe in God and sometimes in my life I have asked him to help me when I thought I really needed it. That’s happened to me many times, and I think he’s helped me. I think he’s been great to me. God’s been good to me in my career. I feel like he’s trying to look out for me, you know, maybe more so than the average guy.[13]

In an interview, former President George Bush recalled being shot down over the Pacific during World War II:

I was a 20-year-old kid; the other two men in the plane were dead, and flames all over us. Of course, I cried out to God to save me. I remember floating in that rubber raft in the middle of the ocean and yet… feeling that God was going to help somehow and that I was going to live.[14]

That God is good to all men is indeed the scriptural testimony. God desires that none should perish and that men should “love life and see good days” (1 Peter 3:10). God “gives to all men generously and without reproach” (James 1:5). In all past generations. God “did good [to you] and gave you rains from heaven and fruitful seasons, satisfying your hearts with food and gladness” (Acts 14:17). “I know that there is nothing better for men than to be happy and to do good while they live. That everyone may eat and drink, and find satisfaction in all his toil—this is the gift of God” (Ecclesiastes 3:12,13). Truly, “the earth is full of the goodness of the Lord” (Psalm 33:5). “The Lord is gracious and compassionate, slow to anger and rich in love. The Lord is good to all; he has compassion on all he has made…. The Lord is faithful to all his promises and loving toward all he has made. The Lord upholds all those who fall and lifts up all who are bowed down…. You open your hand and satisfy the desires of every living thing” (Psalm 145:8, 9, 13, 14, 16).

Of course, while God is good and loving, this is not necessarily true of men, and it is certainly not true of the devil and his demons. These are the source of most evil and suffering in the world.[15]

But in spite of the evil in the world, as Ralph Waldo Emerson once noted, “All I have seen teaches me to trust the Creator for all I have not seen.” The testimony of everything in life and creation is a testimony to the existence of God, and to His power, majesty, and glory. Walt Whitman commented, “To me every hour of the light and dark is a miracle. Every cubic inch of space is a miracle.”[16] Biologist Lewis Thomas once wrote about the fertilized egg:

The mere existence of that cell should be one of the greatest astonishments of the earth. People ought to be walking around all day, all through their waking hours, calling to each other in endless wonderment, talking of nothing except that cell. If anyone does succeed in explaining it, within my lifetime, I will charter a skywriting airplane, maybe a whole fleet of them and send them aloft to write one great exclamation point after another, around the whole sky, until all my money runs out.[17]

Dr. Thomas is quite correct. The ovum is indeed a miracle. And if the DNA content of the human body were printed as chemical “letters,” and placed in a book, it would fill the Grand Canyon 50 times! But what about a single atom? A solitary atom—so small that 10,000 of them could be placed one on top of the other in the thickness of this piece of paper—has enough power in it to produce an atomic bomb! Nothing unusual here, either. The truth is there are literally thousands of “miracles” everywhere we look—and yet skeptics tell us confidently, “there is no God.”

This sense of wonder and the miraculous, in even ordinary things, also underscores that the intuitive knowledge of God is everywhere. Personal statements such as those cited above are repeated in various ways throughout Sweeney’s book—and could, certainly, be repeated six billion more times were we to interview everyone in the world. They clearly illustrate the truth of Romans 1 and 2 which declare that everyone intuitively knows God exists, everyone has a conscience, and everyone knows they are personally accountable to a divine Being. For example, the following Chinese belief in divine accountability is seen in every religion and culture in one manner or another: “A very old idea in Chinese philosophy holds that there are spirits, in both microcosm and macrocosm, that record one’s good and bad deeds.”[18]