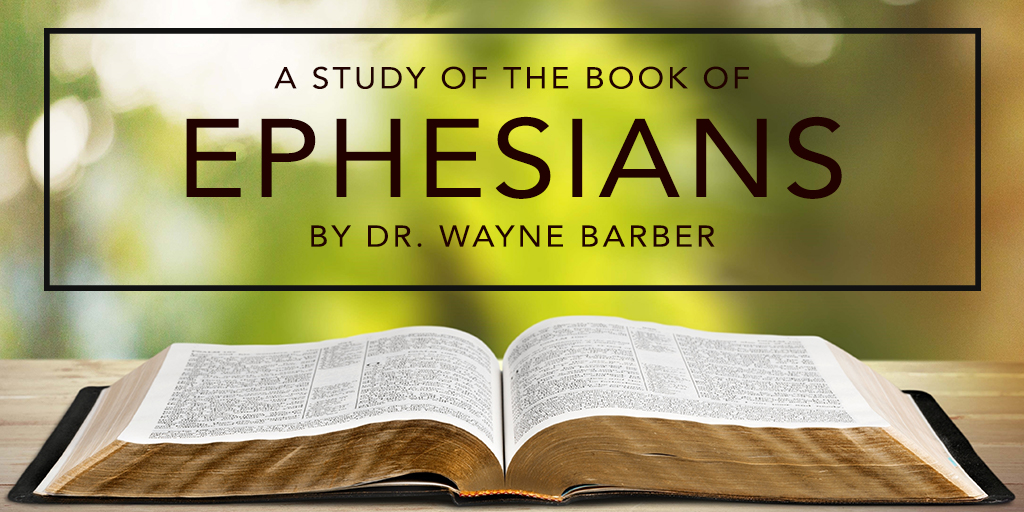 The Spirit-Filled Believer in the Work Place – Part 2

Many of you have people working under you. What does God expect from the masters, as the text would say? What does God expect from the people who are in charge of the work force? Well, verse 9, is dedicated to these folks. “And, masters, do the same things to them,…” In that one little phrase, Paul just summed up the previous two verses. The same kind of attitude, the same kind of integrity that is expected in the employee is expected in the employer. In other words, his whole heart is to do what is best for his workers. If you want a person who is a believer filled with the Spirit of God to do what is best for you and for the company that you are working for, then the Spirit-filled employer also is commanded and commissioned to put his best into the employees. In other words, in a sense, the employees are serving him as they serve the Lord, but he is also serving his employees as he serves the Lord. Both are looking out for each other.

One of the greatest things a Christian employer can do is set the standard in how he pays the wages of the people who work under him. Some of the things I have heard in recent days of how people are paid by Christians bothers me deeply in my spirit. I was doing a meeting several months ago in a particular area. There was a man who was very, very wealthy. He owned a huge company. He had over 100 employees in his company. They told me about this man. He will give generously to the church, but he will not take care of the people who work for him. As a result of that, he has damaged and killed his testimony before the Lord. Listen, it doesn’t matter what the world is paying. Christians take care of Christians. They meet needs. Whatever needs are there, the employer is to be looking out for the best of the people who are working for him. Just as the employees give and give and give above and beyond to please the Lord Jesus, the employer gives and gives and gives to please the Lord who is above. He takes care of them. He sets the standard. The world is not the standard. He is the standard. It was given in the law in Leviticus 19:13. They said, “You pay the man on the day he works for you. Don’t even let the sun go down until you have paid the man for what he has done.” Why? Because they had a need and they needed it now. Don’t wait two days. Don’t wait two weeks. The application of that is, meet the needs of the people who are working for you. Meet them on time. I believe Christians should set the standards in this world as to what salaries ought to be. Christians ought to be the ones determining what the salaries ought to be, not the secular world who are only out for themselves.

So they are servants to their employees just like the employees are servants to them. But it is all as unto the Lord. Verse 9 adds something else. He says, “…and give up threatening,…” The New American Standard lays it out exactly the way it is. The word “threatening” is the Greek word that means threatening. “What are you talking about, Wayne?” In other words, if you are going to motivate the work force, if you are going to motivate them to work, don’t go around threatening to fire them if they don’t work. That is not the way it goes. You see, there are a lot of people who live that way.

In this day and time, to put you into the context, the penalty for a slave not obeying his master could be death. Now very rarely did the people kill them, but they would constantly hold over their heads the threat. “You don’t work, you die.” An ole boy would get up, go to work and do a good job. Why? Because he didn’t want to get killed by his master. Now, if the Christian masters were forbidden to use that kind of threat, what do you think it means in the Christian community today when we don’t even have slavery and you are the employer over some employees? You never, ever, ever threaten people that you are going to somehow get rid of them.

The word “threatening” kind of caught my attention. It doesn’t mean that you have actually done anything. You are threatening to do something. It is used over in Matthew 16:3. It talks about a violent storm that was brewing. It says, “The skies were threatening.” That is the exact same word. You kind of get the idea. You see it in their face. You hear it in their voice. They haven’t done it yet. But buddy, you had better run and take cover because the storm is about to come. They are threatening you with what they want you to do. It is amazing how this principle applies in a lot of places, but here we are told you are not do that.

A parent sometimes thinks that is the way they are to rule over their children. It is not. And it is not the way an employer rules over employees. Well, it goes on to say in verse 9, “…knowing that both their Master and yours is in heaven,…” In other words, a Christian employer has no option but to be constantly filled with the Spirit of God. He has a Master. He is under authority. As a matter of fact, the way God treats him is the way he is supposed to treat the people who are under him. Daily he is to come to work filled with the Spirit of God.

Earlier I asked you, “How many employers would love to have some of these employees who have these qualities in their life?” Well, let me turn the question around. How many of you who are Spirit-filled employees would love to have an employer who was constantly, moment by moment, filled with the Spirit of God? It works both ways. If we are going to be Christians, it has to get into the work place. It has to get out there where we are Monday through Saturday. That is what Paul is trying to tell them. When you are filled with the Spirit of God, you are going to see your world influenced and your world potentially changed.

Verse 9 goes on to say, “…and there is no partiality with Him.” In other words, the Christian employer, filled with the Spirit of God, is never to show favoritism. He is never to show in any way that he is particular to one person or to another. This is very, very important. If you are a person running a company, your people watch you all the time. You know, this principle again just fits so many areas of life. I know so often we kind of catch the flack. It is amazing what you hear and try to forget. You don’t because we are all human. Don’t you wish we weren’t human? I wish I could just turn a switch and step into divine living. But I can’t do that. I am still human. I hear sometimes the callous statements that are said. “The staff doesn’t have time for anybody in the church.” I want to tell you something, folks. When you start singling out individuals as your friends, what you have just done is excluded everybody else who is around. One of the things that to me ought to be modeled by the staff is a staff person should be the same to everybody. If we start focusing in on one individual, we are doing that at the expense of everybody else who might be in that circle of friends. So this is a very important point here. There is no partiality. There is no way in which you can just identify certain ones. You don’t show favors. You don’t give perks to certain people in your office without giving them to everybody in your office. It ought to spread from the top all the way down.

Look at what it says in verse 10. It says, “Finally, be strong in the Lord,…” In other words, “Okay, finally I am summing it up now. I have finished saying what I was going to say. Now I am going to talk to you about the warfare that you are in. Then I am going to finish this epistle.” One verse is all he gives to the Christian employer, Spirit-filled employer. What are they required to do? The very same thing that the employees are required to do. They are to have the attitude of Christ. They are to have the integrity of Christ. They are not to show any favoritism. They are to take care of their people. They are not to threaten them in any way. And they are to model in front of them the Spirit-filled life every day, moment by moment. You see, our whole focus is Jesus Christ and He covers every single area of our life.