Evil Does Not Disprove God 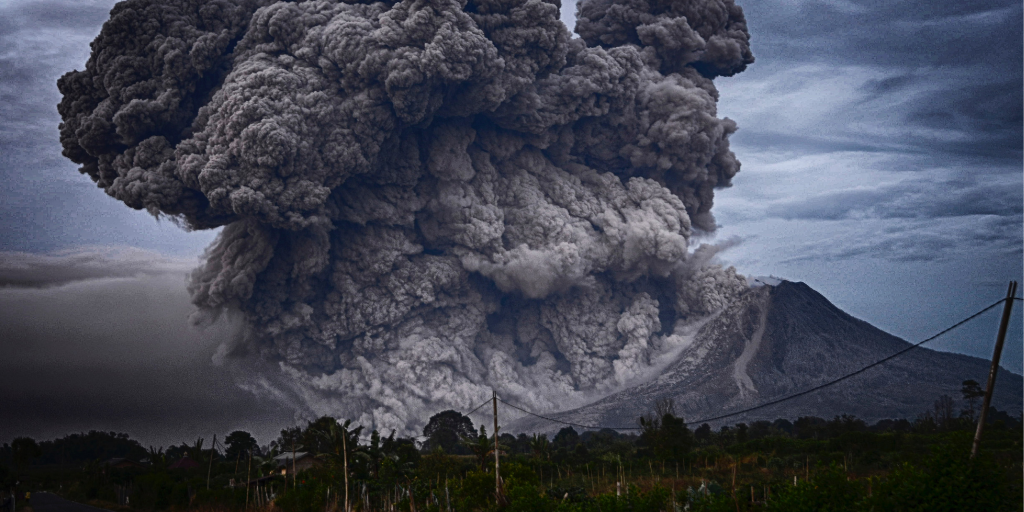 Today we face the reality of both moral evil (evil committed by free moral agents, involving such things as war, crime, cruelty, class struggles, discrimination, slavery, ethnic cleansing, suicide bombings, and various injustices) and natural evil (involving such things as hurricanes, floods, earthquakes, and the like). Atheists typically claim that such moral and natural evil disproves the existence of God. The Christian, however, believes there is a coherent explanation for evil that is consistent with the existence of an all-good, all-powerful God. In this article—and the other articles in this series—I will provide theological and philosophical support for the Christian view.

Foundationally, if one is going to claim there is no God because there is so much evil in the world, one must first ask by what criteria something is judged evil in the first place? This is a philosophical dilemma for the atheist. How does one judge some things to be evil and other things not to be evil? What is the moral measuring stick by which people and events are morally appraised? The late Robert Morey put it this way:

How do you know evil when you see it? By what process do you identify evil?… My point is that, as Socrates demonstrated a long time ago, to make a distinction between particulars in which one is good and one is evil, you must have a universal or absolute [standard] to do it…. Without an infinite reference point for “good,” no one can identify what is good or evil. God alone can exhaust the meaning of an infinite good.[i]

There is another observation that bears mentioning. When God originally created the universe as the divine Architect, it was perfectly good in every way. Genesis 1:31 tells us: “God saw everything that he had made, and behold, it was very good.” There was no evil.

But in affirming “there was no evil,” I must then ask: What is evil? From a philosophical perspective, evil is not something that has an existence all its own; rather it is a corruption of that which already exists. Evil is the absence or privation or corruption of something good. Rot, for example, can only exist so long as the tree exists. Tooth decay can only exist so long as the tooth exists. Rust on a car, a decaying carcass, blind eyes, and deaf ears illustrate the same point. Evil exists as a corruption of something good; it is a privation and does not have essence by itself.[ii]  Norman Geisler tells us, “Evil is like a wound in an arm or moth-holes in a garment. It exists only in another but not in itself.”[iii]

This brings me to the primary point I want to make. The universe was originally created good. There was no evil. Today, however, not everything is good. A great deal of evil now exists in the universe that was once entirely good. That can mean only one thing. Something dreadful has happened between then and now to cause the change. A colossal perversion of the good has occurred.

Theologically, the Bible is clear that God exists and that He created the universe in a perfectly good state. The Bible is also clear that things have changed dramatically since God created the world. Because of sin—which infected the entire human race—things are not now as they were created to be (Genesis 3). God’s original good design has been corrupted by an intruder—the intruder of sin. Moral evil is pervasive today.

We may also surmise that even natural evils involving earthquakes, tornados, and floods are rooted in the fall of humankind. This may sound surprising, but keep in mind that when Adam fell, one of the consequences was that the earth was cursed (Genesis 3:17). Romans 8:20 tells us that the entire creation was subjected to futility and the bondage of corruption and decay. Natural disturbances are not unexpected on such an earth.

Having said all this, I want to bring this initial article on evil to a close with the observation that our all-good God has a good purpose for allowing evil in the world—at least on a temporary basis. Between eternity past and eternity future is a tiny dot of time in which humans live on a temporal earth. It is only during this tiny dot of time that God allows (not deterministically causes) evil, and I believe there will be a positive good for all eternity future as a result of God’s allowance of evil during this relatively short dot of time.

While some of God’s actions may seem incomprehensible to us in the present, it is no different from a young child not comprehending why his parents would allow something so dreadful as a visit to the dentist where he or she experiences the horror of drilling in the teeth. Just as human parents operate according to a higher wisdom than children do, so God operates according to an infinitely higher wisdom than humans do—especially when it comes to the issue of allowing hurtful things to occur on earth.

In terms of what God’s sovereignty means to you and me and our struggle with “bad things” happening, we can rest assured that all such things are subject to God, and nothing can touch us unless God in His wisdom allows it. When He allows it, we can be sure that He does so for our own good.[v]

Anyone who doubts that God has the ability to sovereignly weave events in daily life for our utmost good should read the book of Esther in the Bible. In this book, we find God sovereignly and providentially working behind the scenes relentlessly on behalf of His people. He does the same for us. Often, though, we do not recognize that God is at work. The late Jerry Bridges is right when he says:

From our limited vantage point, our lives are marked by an endless series of contingencies. We frequently find ourselves, instead of acting as we planned, reacting to an unexpected turn of events. We make plans but are often forced to change those plans. But there are no contingencies with God. Our unexpected, forced change of plans is a part of His plan. God is never surprised; never caught off guard; never frustrated by unexpected developments. God does as He pleases and that which pleases Him is always for His glory and our good.[vi]

The hard thing for us is that God does not sit us down and say, “Okay, listen, I’m going to allow some bad stuff to happen this next week, but I’m in control, and I’m using this event to bring about a great good. So don’t worry about it. Everything’s fine.” Certainly, God did not sit down and explain to Job why he was about to suffer so terribly.

You and I are given the privilege of going behind the scenes in Job’s life by reading the book of Job. But we are not able to “go behind the scenes” and discern the mysterious ways that God works in our lives. That is why we must trust Him. We may not—indeed, we generally are not—aware of why God engineers our circumstances the way He does. But we may always rest assured that He always has our best interests at heart.

I believe that each of our lives can be likened to a single thread in the tapestry of life. As single threads, we cannot see the entire tapestry, and are therefore ignorant of the overall scheme of things. God, however, is the Master-Craftsman, weaving each thread just as He sees fit, bringing about an eventual masterpiece. One day, once we are in heaven, I believe we will be able to see the entire tapestry. Then, and only then, will we be able to say, “Ah, I get it now! Now I see how it all fits together. Now, at last, I can see how each circumstance God allowed into my life was ultimately for my own good. How awesome is our God!”

This article is introductory in nature. Be sure to consult the other articles in this series.

This article was adapted from two of Ron Rhodes’ books, both of which may be consulted for full treatments of the subject: