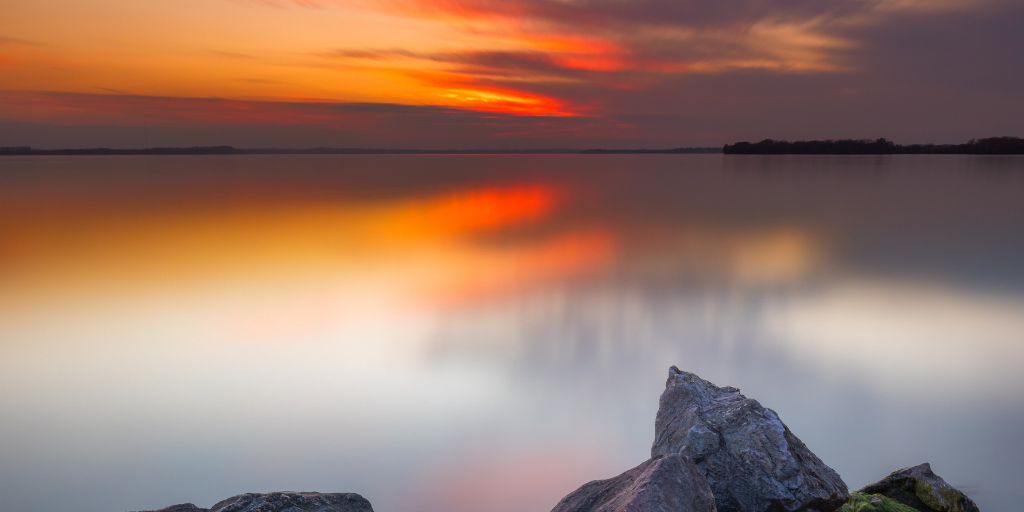 Throughout my long life as a Christian, God has answered many prayers in amazing ways. I praise Him for that!

There have also been times when God—for His own sovereign reasons—said “no” to my prayers. I do not understand why, but He said “no,” and I continued to trust Him anyway.

There are countless examples. To mention one, a friend of my family—a teacher at a Christian elementary school—was in a tragic motorcycle accident. Her husband was steering the motorcycle, and she sat behind him on the seat, holding onto his waist. She and her husband were in their early forties. Even though she had on a helmet, she suffered a brain injury when the accident occurred. We prayed and prayed that God would heal her. But she went to be with the Lord in just a few days. God said “no” to our prayers. I do not understand why she had to die at such a young age. But matters of life and death are in God’s sovereign hands. The good news is that we will one day rejoin our departed friend at the reunion in heaven (1 Thessalonians 4:13-18).

There are also many biblical examples where God said “no” to His people:

Moses and the Promised Land: After God forbade Moses to cross the Jordan into the Promised Land because of his disobedience at Meribah (Numbers 20:12), Moses pleaded with God to change His mind. But God responded, “That is enough… Do not speak to me anymore about this matter…. You are not going to cross this Jordan” (Deuteronomy 3:26-27). Moses, one of the greatest spiritual giants in human history, was handed a big No from God.

The Apostle Paul’s Thorn in the Flesh: The apostle Paul also received a big No from God. This is documented for us in 2 Corinthians 12:2-9:

I know a man in Christ who fourteen years ago was caught up to the third heaven. Whether it was in the body or out of the body I do not know—God knows. And I know that this man—whether in the body or apart from the body I do not know, but God knows—was caught up to paradise. He heard inexpressible things, things that man is not permitted to tell. I will boast about a man like that, but I will not boast about myself, except about my weaknesses. Even if I should choose to boast, I would not be a fool, because I would be speaking the truth. But I refrain, so no one will think more of me than is warranted by what I do or say. To keep me from becoming conceited because of these surpassingly great revelations, there was given me a thorn in my flesh, a messenger of Satan, to torment me. Three times I pleaded with the Lord to take it away from me. But he said to me, “My grace is sufficient for you, for my power is made perfect in weakness.” Therefore I will boast all the more gladly about my weaknesses, so that Christ’s power may rest on me.

The apostle Paul saw “the third heaven,” the resplendently beautiful dwelling place of Christ and the saints. This glorious, awe-inspiring experience would likely have tempted him to boast about it pridefully, especially when some in the city of Corinth challenged his apostleship. So, God allowed him to suffer a “thorn” to keep him humble and dependent. God had a purpose in allowing him to suffer.

Notice that the thorn was “in the flesh” (2 Corinthians 12:7). The word “flesh” is the usual word in the Greek language used to denote the physical substance of which the body is composed. Paul’s suffering was physical in nature. And it hurt.

The word for “thorn” carries the idea of “a sharpened wooden shaft,” “a stake,” or “a splinter.” This gives us some indication of the pain Paul was forced to endure—a pain that God would not take away. One of my former mentors, J. Dwight Pentecost, explains it this way:

When Paul talked about the thorn in the flesh, it wasn’t a little prick such as one gets from a rosebush. He wouldn’t have talked about being buffeted had it been something insignificant. This was a very serious and grievous suffering. It extended over a period of time because he said he prayed to the Lord three times that this thorn might be taken away; but God chose to deny his request.[i]

Our text tells us that a messenger of Satan—a demon—was behind this thorn that tormented Paul (2 Corinthians 12:7). The Greek word for “torment” literally means “to strike,” “to beat,” “to harass,” or “to trouble.” This is the same word used for the soldiers violently striking and beating Jesus during His trial (Matthew 26:67). Paul’s physical ailment was beating him down. So he asked God to remove it.

God’s “no” to Paul was not in any way related to sin on Paul’s part, nor any lack of faith on Paul’s part. The affliction was not for punishment but for protection—that is, protection from a self-inflated attitude. Because of this, Paul accepted without hesitation God’s verdict on the matter.

We might speculate that prior to Paul becoming a Christian, he may have boasted about being a Hebrew of Hebrews, and he likely gloried in keeping the law in the power of his own strength. But now, as an apostle of Christ, we find him boasting in his weakness, for when he is weak, Christ’s power is all the more abundantly showered on him.

Paul thus said: “That is why, for Christ’s sake, I delight in weaknesses, in insults, in hardships, in persecutions, in difficulties. For when I am weak, then I am strong” (2 Corinthians 12:10). The word “delight” in this verse means “to approve” or “to be well pleased with.” It refers to an active delighting in God’s ways, regardless of the outward circumstances in life. Through his suffering, Paul learned all about God’s complete sufficiency in all things. Just as God intended, the “thorn” produced in Paul a dependence that revealed Christ’s power.

Truth be told, most Christians receive more no’s from God than they care to admit. In this way, God is not unlike human parents who must often say no to their children for their own good. Though we will often be ignorant of God’s specific reasons, He always has His children’s highest good in mind when He says no. Moreover, He always gives them the grace to accept it.

Christian pastor Paul Powell once said that “though God does not exempt us from suffering and He does not explain to us why our suffering comes, He does enter into our experiences with us and helps us through them. God doesn’t save us from trouble; he saves us in trouble.”[ii] I think Powell is right.

There are many biblical examples of this:

• God did not prevent Shadrach, Meshach, and Abednego from being thrown into the fiery furnace, but He did accompany them and save them in the fiery experience so that they came out of it unscathed (Daniel 3:15-28).

• God did not prevent Hagar from being mistreated by Sarah, but He was with Hagar in her time of suffering (Genesis 16).

• God did not keep Joseph from being sold into slavery and taken to Egypt, but He was with Joseph in all of his unfair circumstances (Genesis 27–50).

• God did not keep David from being severely persecuted by Saul, but God did sustain and rescue David in these persecutions (1 Samuel 19:1–26:25).

• God did not keep the apostle Paul from going to jail, but He was with Paul in his jail experiences (Ephesians 3:1; Philippians 1:7; Colossians 4:10).

• God did not keep the apostle John from being exiled on the island of Patmos, but He was with John in his time of exile (Revelation 1:9-10).

We conclude that God’s pattern is often to save in, not from. This means that though we are not exempt from trials, we can count on the fact that God will with us through all of them.

This brings to mind Psalm 23:4, in which David reflected: “Even though I walk through the valley of the shadow of death, I will fear no evil, for you are with me; your rod and your staff, they comfort me.” The divine shepherd does not exempt us from difficult circumstances, but He is always with us in them.

Some of the content of this article is derived from three of Ron Rhodes’ books, each of which may be consulted for further study:

Miracles Around Us (Harvest House Publishers, 2000).

Understanding the Bible from A to Z (Harvest House Publishers, 2003).

Some of the content of this article is derived from two of Ron Rhodes’ books, both of which may be consulted for further study: