Heaven for Infants and Young Children Who Die – Part 1 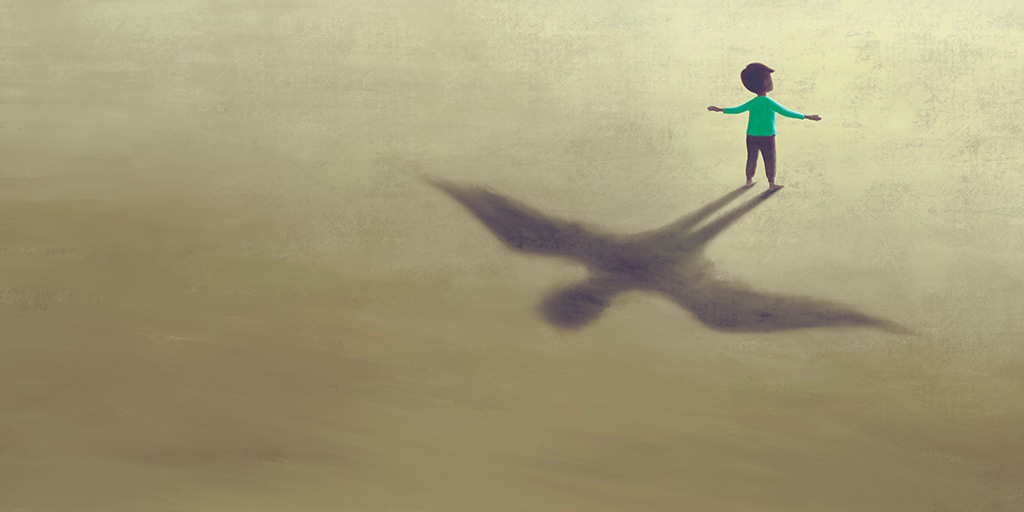 There is perhaps nothing more difficult in the world than for a parent to bury a child. How heart-wrenching it is for a mother and father to watch as the casket containing their beloved son or daughter is lowered into the ground.

Understandably, an issue of great concern to Christian parents relates to the eternal status of those who die in infancy or early childhood. Infants, toddlers, and most little children obviously do not have the capacity to “believe” in Jesus Christ for salvation. The same may be said of some mentally handicapped people. They simply do not have the mental ability to place saving faith in Jesus. So, what about heaven for those who cannot believe? What do the Scriptures—the fountain of truth—teach?

Throughout the centuries various theories on this issue have been suggested by Christian thinkers.[1] Some have argued that infants are sinless and morally innocent, and hence are automatically saved if they should die. However, this view goes against the clear scriptural teaching that all human beings are born with a sin nature (Psalm 14:1; Romans 3:23; 5:12; James 3:2; 1 John 1:8-10; more on this below).

Others have focused their entire attention on the love of God. Since God is a God of love, it is argued, He would not send an infant to hell. While this view correctly recognizes God’s love (1 John 4:8), it ignores God’s other attributes—such as His holiness (1 Peter 1:16). God does not violate His holy standards in order to show love. God never “lovingly” overlooks the sin nature of any human being (including infants).

All of these viewpoints have serious weaknesses from a scriptural perspective. Nevertheless, I strongly believe that the Scriptures teach that every infant who dies is immediately ushered into God’s glorious presence in heaven. In what follows, I will present the scriptural considerations that have settled the issue in my mind.

The Universal Need for Salvation

At the outset, we must recognize that the whole of Scripture points to the universal need of salvation—even among little children. All of us are born into this world with a sin nature and are in need of redemption. All of us—including infants who cannot believe—are lost (Luke 19:10), perishing (John 3:16), condemned (John 3:18), and are under God’s wrath (John 3:36).[2]

How do we know that everyone is born into this world with a sin nature? In Psalm 51:5 David said, “Surely I was sinful at birth, sinful from the time my mother conceived me.” All people, before being redeemed by Christ, are “by nature objects of wrath” (Ephesians 2:3). All descendants of Adam are born in sin (1 Corinthians 15:22). “There is no one righteous, not even one” (Romans 3:10).

As theologian Robert Lightner puts it so well,

Babies are beautiful and lovely, but they are also lost. They are delightful, but also depraved. They are filled with life, but they are also dead in trespasses and sins. It is not their acts of sin which place them in a state of sin. They are depraved and under divine condemnation at the moment of birth. Apart from Jesus Christ there is no salvation, neither for those who can nor for those who cannot believe.[3]

When Do Children Become “Responsible”?

Of course, there does come a time when children become morally responsible before God. Christians have often debated what “age” constitutes the so-called age of accountability. Actually, it is not the same for every person. Some children mature faster than others. Some come into an awareness of personal evil and righteousness before others do.

One Bible verse that helps us to make sense of this issue is James 4:17: “Anyone, then, who knows the good he ought to do and doesn’t do it, sins.” It would seem that when a child—through the process of maturity—truly comes into a full awareness and moral understanding of “oughts” and “shoulds,” he or she at that point has reached the age of accountability.[4]

Even though the child does not become morally responsible before God until this time, I must emphasize that he or she nevertheless has a sin nature that alienates him or her from God from the moment of birth. All human beings are thus engulfed in sin. And whatever solution one comes up with in regard to the issue of infant salvation must deal with this problem.

The solution, it seems to me, must be that at the moment the infant dies—and not before—the benefits of Jesus’ atoning death on the cross are applied to him or her. At that moment, the infant becomes saved and is immediately issued into the presence of God in heaven. This view is in keeping not just with the love of God, but with His holiness and justice as well.

In addressing this important issue, it is critical to realize that God’s primary purpose in saving human beings is to display His wondrous grace. In Ephesians 1:7-8 we read, “In him we have redemption through his blood, the forgiveness of sins, in accordance with the riches of God’s grace that he lavished on us with all wisdom and understanding.”

One must ask, “Would the ‘riches of God’s grace’ be displayed in wisdom and understanding in sending babies and little children to hell?” I think not. It would be a cruel mockery for God to call upon infants to do—and to hold them responsible for doing—what they could not do. At that young age children simply do not have the capacity to exercise saving faith in Christ.

I believe it is the uniform testimony of Scripture that those who are not capable of making a decision to receive Jesus Christ, and who have died, are now with Christ in heaven, resting in His tender arms, enjoying the sweetness of His love.

There are numerous factors that lend support to this viewpoint, the most important of which I summarize below.

No Infants Mentioned in Hell

It is highly revealing that in all the descriptions of hell in the Bible, we never read of infants or little children there. Not once. Only adults capable of making decisions are seen there. Nor do we read of infants and little children standing before the great white throne judgment, which is the judgment of the wicked dead and the precursor to the lake of fire (Revelation 20:11-15).

The complete silence of Scripture regarding the presence of infants in eternal torment militates against their being there. “Not once in all the references to infants is there so much as a hint that they will ever be damned to eternal perdition after death, should they die before they have opportunity to respond to the gospel.”[5]

As we examine instances in which Christ encountered children during His earthly ministry, it would seem that children have a special place in His kingdom. Consider the following moving account of Jesus’ interaction with little children:

At that time the disciples came to Jesus and asked, “Who is the greatest in the kingdom of heaven?”

“And whoever welcomes a little child like this in my name welcomes me. But if anyone causes one of these little ones who believe in me to sin, it would be better for him to have a large millstone hung around his neck and to be drowned in the depths of the sea….

“See that you do not look down on one of these little ones. For I tell you that their angels in heaven always see the face of my Father in heaven.

“What do you think? If a man owns a hundred sheep, and one of them wanders away, will he not leave the ninety-nine on the hills and go to look for the one that wandered off? And if he finds it, I tell you the truth, he is happier about that one sheep than about the ninety-nine that did not wander off. In the same way your Father in heaven is not willing that any of these little ones should be lost” (Matthew 18:1-14).

None of the little children opposed Jesus. All of them allowed Jesus to do with them as He pleased. There was no rejection on their part. And, oh, how Jesus loved them! I do not think there is any way someone could read this passage and conclude that it is within the realm of possibility that Jesus could damn such little ones to hell!

This article is an excerpt from The Wonder of Heaven: A Biblical Tour of Our Eternal Home, by Ron Rhodes (Harvest House Publishers, 2009). Used by permission.