Learn it, Love It, Live It | John Ankerberg Show
Donate 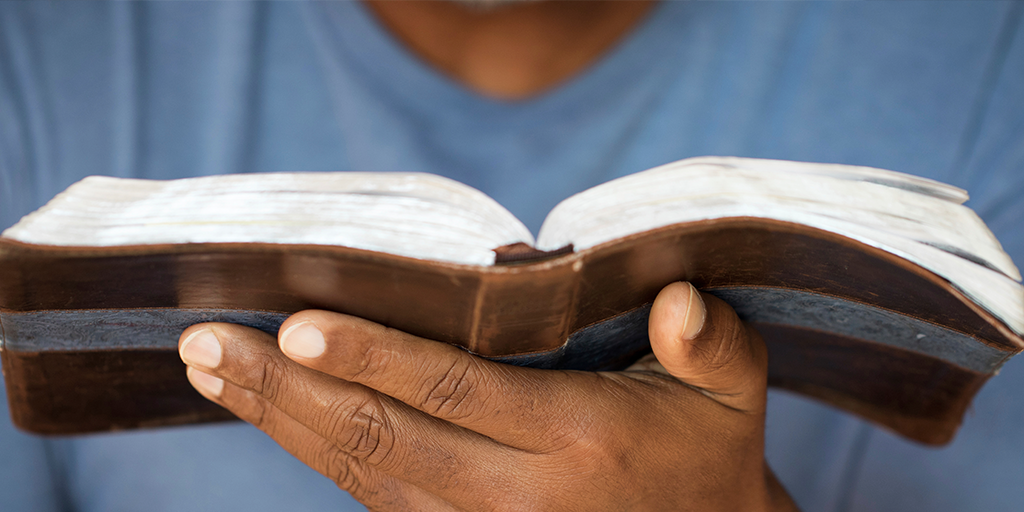 Learn it, Love It, Live It

In this article we will consider a value that is very important to God and I trust to us as well – the subject of biblical authority. Orthodox Christians believe that God’s Word is the final authority for our lives – it is the only infallible rule of faith and practice. Our text is Luke 5:1-11:

One day as Jesus was standing by the Lake of Gennesaret, with the people crowding around him and listening to the word of God, he saw at the water’s edge two boats, left there by the fishermen, who were washing their nets. He got into one of the boats, the one belonging to Simon, and asked him to put out a little from shore. Then he sat down and taught the people from the boat. When he had finished speaking, he said to Simon, “Put out into deep water, and let down the nets for a catch.” Simon answered, “Master, we’ve worked hard all night and haven’t caught anything. But because you say so, I will let down the nets.” When they had done so, they caught such a large number of fish that their nets began to break. So they signaled their partners in the other boat to come and help them, and they came and filled both boats so full that they began to sink. When Simon Peter saw this, he fell at Jesus’ knees and said, “Go away from me, Lord; I am a sinful man!” For he and all his companions were astonished at the catch of fish they had taken, and so were James and John, the sons of Zebedee, Simon’s partners. Then Jesus said to Simon, “Don’t be afraid; from now on you will catch men.” So they pulled their boats up on shore, left everything and followed him.

It’s a beautiful story of our Lord coming into the lives of the disciples and changing their lives. What will God’s Word do for us if we allow it to have the same place in our hearts that the disciples allowed Jesus to have on them? I’d like to share some observations about this story.

In this text, we see a dramatization of this core value in Peter’s life. As with Peter…

5. Consistent obedience produces consistent results. The disciples discovered this, when they brought up their nets so full that they began to break. They had to call their partners over alongside to share the load, and both boats still almost sank. The results they received that day were based upon their obedience to Jesus’ Word.

Question # 1:Does the Bible claim to be God’s Word?

Often, I wonder when we hold the Word if we realize what we have in our hand. God forbid that we should take His Word for granted or fail to heed its commands!

Permit me to give you some history of people’s treatment of the Word of God: In 600 BC King Jehoiakim is literally tearing the Bible up page by page and throwing it into the fire, and imprisoning all the prophets and priests. Then, 90 years after the death of Christ, John is banished to the Isle of Patmos. He’s in prison on that lonely island. Why? Because of the Word of God and the word of his testimony. In 300 AD John Wycliffe translates the Bible into English, then everyone who possesses a copy in English is killed. They became martyrs. As these martyrs in England are burned, they hold those scriptures close to their breasts. Forty years later, in 340 AD some are so upset with John Wycliffe that they dig up his remains and throw them into the river. In 1536, William Tyndale, who has again translated the New Testament is burned at the stake. It’s safe to say that literally thousands of people have written, translated and distributed this Word, and then died for their efforts.

The Bible was written over a 1500-year span – by 40 generations, by over 40 authors from every walk of life including kings, peasants, philosophers, fisherman, poets, statesmen, and scholars.

Voltaire, the French infidel who died in 1778, literally traveled the world, especially “enlightened Europe,” speaking against the Word of God. And he predicted that 100 years after his death, the Bible would no longer be on earth. Well, Voltaire died and 50 years later, the Geneva Bible Society bought his home. Using the presses he had to produce his atheistic treatises, they have been producing Bibles ever since. “Heaven and earth will pass away, but My Word will never die.” [Luke 21:33]

Question # 2: How can I apply my study of the Bible to my daily life?

Answer: Ezra 7:10, “For Ezra had devoted himself to the study and observance of the Law of the LORD, and to teaching its decrees and laws in Israel.” Four ways to take God’s Word and apply it.

Question # 3: What convictions should I have concerning the Bible?

There are three things we have to do when we come to the Word: Three key phrases:

The Psalmist said, “Your Word have I hid in my heart so that I might not sin against You.” When we learn, love and live God’s Word, we begin to develop biblical convictions. Permit me to briefly share a few of these convictions with you:

1. Even when I don’t understand it, I’ll trust what God said.

I will not ultimately place my trust in my own insight, even when I don’t understand God’s Word, I will still trust it. Proverbs 3:56 says, “Trust in the LORD with all your heart and lean not on your own understanding; in all your ways acknowledge him, and he will make your paths straight.”

Be careful about developing preconceived ways in which God is going to answer your prayer. Let God answer the way the seems best to Him not to us.

2. Although it seems illogical, I’ll obey what God has said.

I will obey what God has said, even if it doesn’t make sense. Remember Mary in John 2, at the wedding in Cana of Galilee? They ran out of wine and Mary looks at the servants and says, “Whatever he says to you, do it.”

3. While human opinions vary, God’s Word is consistently true – I need it more than physical food.

Would you not agree that spiritual food is more important than physical food? The Psalmist said, “I esteemed the words of Your Mouth (spiritual food) more than my necessary (physical) food.” When we give God’s Word its rightful place – it begins to change our lives!

Biblical convictions come into our lives when…

The bottom line: As we hide God’s Word in our hearts, it will change our lives, so I would encourage us today and every day to: learn it, love it and live it and then share it with others.