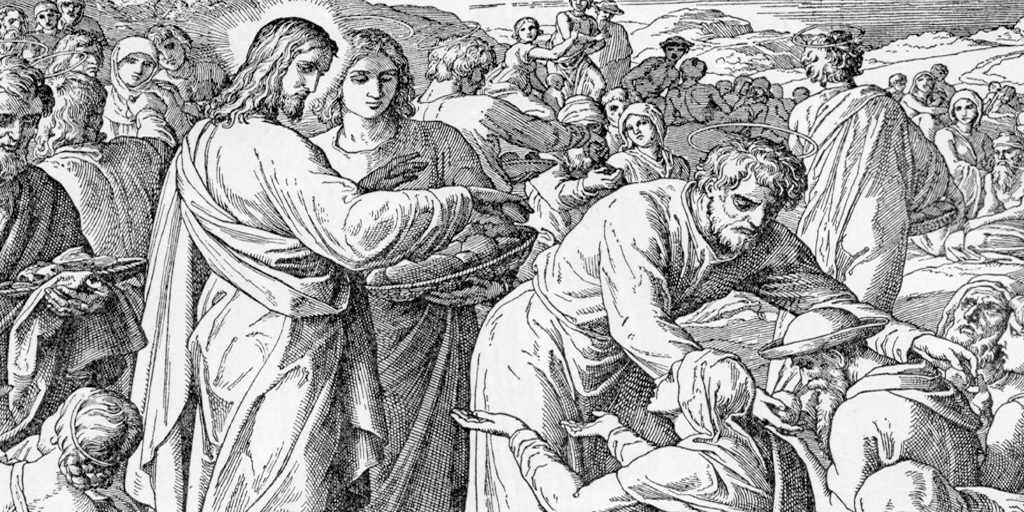 Crucial to the apologetic use of miracles is the ability to distinguish true miracles from false ones. Many religions claim to be “proven” by miraculous deeds. While Judaism claims that Moses’ rod became a serpent and Christianity holds that Jesus walked on water, Islam’s Muhammad is supposed to have moved a mountain, and Hindu gurus claim the power to levitate themselves.

New Age prophet Benjamin Creme offers a spirit of power and divination that “overshad­owed” Jesus and is now available to followers of “the Christ”: “It is this which has enabled them to perform what at that time were called miracles, which today are called spiritual or esoteric healing. Daily, all over the world, there are miracles of healing being performed….”

If a miracle is properly an act of God that suspends natural laws with a purpose of con­firming the source of truth in God, what are we to make of such sales pitches? Can we tell what is truly miraculous from what is not of God and could be demonic? Is it possible to define a miracle in such a way as to exclude false claims and other kinds of unusual events?

The Problem of Definition

According to theism, a miracle is a supernatural intervention by a transcendent God into the natural world. But pantheism, like atheism, says that there is no God beyond the universe. Hence, all events have natural causes. They disagree only on whether “natural” is limited to the physical or can include the spiritual. As the pantheistic “Jesus” of the Aquarian Gospel of Jesus Christ says, “All things result from natural law.” Even Christian Science says that a miracle is, “that which is divinely natural, but must be learned humanly; a phenomenon of Science.” Instead of saying that there are no miracles, pantheists redefine miracles as a manipulation of natural law. In a classic view of pantheism, the Star Wars films, Luke Skywalker learned to use “the force” (natural law) in an almost spiritual power that enabled him to do his incredible deeds. Pantheists have even tried to incorporate advanced physics into explanations of the supernormal. Fritjof Capra’s book The Tao of Physics is an updated version of the pantheistic doctrine that all matter is at heart mystical: “The basic oneness of the universe is not only the central characteristic of the mystical experience, but is also one of the most important revelations of modern phys­ics. It becomes apparent at the atomic level and manifests itself more and more as one penetrates deeper into matter, down into the realm of subatomic particles.”

So the source of pantheistic “miracles” is not an all-powerful personal God who is be­yond the universe. It is an impersonal Force within the universe. Hence, these unusual events are not really supernatural; they are only supernormal.

Christianity does not deny that supernormal events take place, but we deny that they are truly unique or have any apologetic value in confirm­ing religious truth claims. The definition of a true miracle has three basic elements that are reflected in the three words associated with miracles in the Bible: power, sign, and wonder.

The power of miracles comes from a God who is beyond the universe. The nature of miracles are that they are wonders, which inspire awe because they transcend natural laws. The word sign tells us the purpose of miracles: They confirm God’s message and messenger. The theological dimension of this definition is that miracles imply a God outside the universe who intervenes in it. Morally, because God is good, miracles produce and/or promote good. In their doctrinal dimension, miracles tell us which prophets are true and which are false. Teleologically (purposefully), miracles are never performed for entertain­ment. They have the purpose of glorifying God and directing people to him.

Pantheistic “miracles” don’t meet this definition because their power is not from God. New Age writer David Spangler identified the source of miracles for pantheists when he wrote, “Christ is the same force as Lucifer but moving in seemingly the opposite direction. Lucifer moves in to create the light within…. Christ moves out to release that light.” So the power for supernormal events in pantheism comes from Lucifer, or Satan, even though it is called Christ when it goes out from the individual.

From a biblical perspective there are tests to distinguish miracles from New Age or occultic influences that might be called “magic.” Miracles are God-ordained supernatural interventions. Magic is supernormal manipulation of natural forces. The following chart summarizes these differences:

Magic uses occult means to perform its acts. These are practices which claim to conjure powers from the spirit realm. In many cases they do just that; but it is demonic power. Some practices directly linked to demonic power in the Bible are:

Many who practice and teach pantheistic “miracles” admit that they use occult practices and recommend them for others. These tests clearly show that such claims to supernatural powers are not miracles.

Biblical miracles are superior and unique. The magicians of Egypt tried to reproduce Moses’ works by means of illusions with some success (Exod. 7:1 9ff.; 8:6ff.), but when God brought forth gnats from the dust, the sorcerers failed and ex­claimed, “This is the finger of God” (Exod. 8:19). Elijah silenced all claims of the prophets of Baal when he called down fire from heaven when they could not (1 Kings 18). Moses’ authority was vindicated when Korah and his followers were swallowed up by the earth (Numbers 16). Aaron was shown to be God’s choice as priest when his rod budded (Num­bers 17).

In the New Testament, Jesus healed the sick (Matt. 8:14-17), made the blind to see (Mark 8:22-26), cleansed lepers (Mark 1:40-45), and raised people from the dead (Luke 8:49-56). His pattern continued in the apostles, as Peter healed the beggar at the Temple gate (Acts 3:1-11) and raised Dorcas from the dead (Acts 9:36-41). Hebrews 2:4 tell us the purpose of these miracles: “God also testified to it by signs, wonders and various miracles, and gifts of the Holy Spirit distributed according to his will.” As far as the purposefulness, goodness, and confirmation of God’s message, there is no comparison between these miracles and bending spoons.

Biblical prophecy is also unique in that, while most predic­tions are vague and often wrong, the Scriptures are remarkably precise and accurate. God foretold not only the coming of the destruction of Jerusalem (Isa. 22:1-25), but also the name of Cyrus, the Persian ruler who would return them (Isa. 44:28; 45:1).

This was 150 years before it all happened. The very place of Jesus’ birth is cited in about 700 B.C. (Micah 5:2). The time of his triumphal entry into Jerusalem was predicted accurately by Daniel in 538 B.C. (Dan. 9:24-26). No fortune-teller can boast of anything like this accuracy or consistency. Christ predicted his own death (Mark 8:31), the means of his death (Matt. 16:24), his betrayal (Matt. 26:21), and his resurrection from the dead on the third day (Matt. 12:39-40). There is nothing like this anywhere in the occult prophecies or miracles. The prediction and resurrection of Jesus stands alone as the unique and unrepeatable event of history.

F. Capra, The Tao of Physics

B. B. Warfield, Counterfeit Miracles