No Second Chance After Death 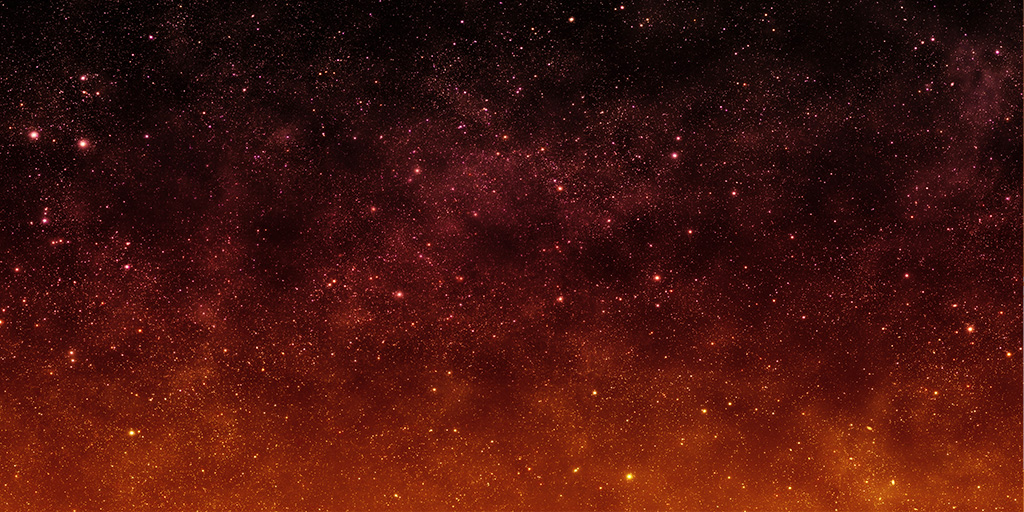 Some people believe sinners will have a second chance to become saved after they die. In some cases, they misinterpret a particular Bible verse they think supports this idea. In other cases, they assume that God’s love will compel Him to provide another chance. Is there a second chance after death?

Such a view contradicts the clear teachings of Scripture. Consider the words of Jesus in Luke 16:19-31:

“There was a rich man who was clothed in purple and fine linen and who feasted sumptuously every day. And at his gate was laid a poor man named Lazarus, covered with sores, who desired to be fed with what fell from the rich man’s table. Moreover, even the dogs came and licked his sores. The poor man died and was carried by the angels to Abraham’s side. The rich man also died and was buried, and in Hades, being in torment, he lifted up his eyes and saw Abraham far off and Lazarus at his side. And he called out, ‘Father Abraham, have mercy on me, and send Lazarus to dip the end of his finger in water and cool my tongue, for I am in anguish in this flame.’ But Abraham said, ‘Child, remember that you in your lifetime received your good things, and Lazarus in like manner bad things; but now he is comforted here, and you are in anguish. And besides all this, between us and you a great chasm has been fixed, in order that those who would pass from here to you may not be able, and none may cross from there to us.’ And he said, ‘Then I beg you, father, to send him to my father’s house—for I have five brothers—so that he may warn them, lest they also come into this place of torment.’ But Abraham said, ‘They have Moses and the Prophets; let them hear them.’ And he said, ‘No, father Abraham, but if someone goes to them from the dead, they will repent.’ He said to him, ‘If they do not hear Moses and the Prophets, neither will they be convinced if someone should rise from the dead.’”

Once the rich man died and was in a place of great suffering, he had no further opportunity for redemption. Nothing could be done at that point to ease his situation. There was no possibility of a second chance. The Believer’s Bible Commentary affirms: “We learn here that the choices of this life determine our eternal destiny, and once death has taken place, that destiny is fixed.”[1]

This is even more evident in Hebrews 9:27, which assures us that “it is appointed for man to die once, and after that comes judgment.” We live once, die once, and are judged once. The idea of a second chance cannot be forced into this verse. The Expositor’s Bible Commentary tells us:

Human beings are “destined to die once.” This is not something within their control. A condition of life here on earth is that it ends in death. There is a finality about it that is not to be disputed. But it is not the complete and final end. Death is more serious than that because it is followed by “judgment.” People are accountable, and after death they will render account to God.[2]

Scripture is clear: We live once, die once, and are judged once! It is therefore no wonder that the apostle Paul spoke to the Corinthians with such urgency: “Now is the day of salvation” (2 Corinthians 6:2). No one should wait to respond to the gospel, for death could come at any time (see Ecclesiastes 9:12). This brief life on earth is the only time we have to decide for or against Christ. Once we die, there is no further opportunity to believe in Jesus for salvation.

Assessing the Claim that 1 Peter 3:18-19 Implies a Second Chance

In 1 Peter 3:18-19 we read, “Christ also suffered once for sins, the righteous for the unrighteous, that he might bring us to God, being put to death in the flesh but made alive in the spirit, in which he went and proclaimed to the spirits in prison.” The King James Version renders the latter part of the verse, “…he went and preached unto the spirits in prison.” Some people reason that if spirits in the afterlife can listen to preaching, they must be able to respond to gospel preaching and become believers in the afterlife. This implies there is a second chance for everyone to believe in God in the afterlife.

Such a view is untenable. Many evangelical scholars believe the “spirits in prison” mentioned in this passage are not the souls of unbelieving sinners but rather fallen angels—demonic spirits who grievously sinned against God. It may be that these spirits are the fallen angels (“sons of God”) of Genesis 6:1-6, who were disobedient to God during the days of Noah. This same group of evil angels is alluded to in 2 Peter 2:4-5 and Jude 6. According to this interpretation, these evil angels disobeyed God, left their proper angelic realm, and somehow entered into sexual relations with human women.

The Greek word rendered “preach” (kerusso) in the King James translation of 1 Peter 3:19 is not the word typically used for preaching the gospel, but instead points to a proclamation, as in a declaration of victory. This passage may imply that the powers of darkness thought they had destroyed Jesus at the crucifixion, but in raising Him from the dead, God turned the tables on them, and Jesus Himself proclaimed the victory to these wicked fallen angels. If this is the correct interpretation, it is clear the verse has nothing to do with human spirits hearing and responding to the gospel in the afterlife.

Other Bible expositors hold a different view. They suggest that Jesus—between His death and resurrection—went to the spirit prison where the spirits of the wicked dead are incarcerated. He then “preached” to the wicked contemporaries of Noah (who are mentioned in the very next verse—verse 20). Christ’s preaching, however, was not a gospel message but was instead a proclamation of their condemnation and Christ’s glorious victory.

Still other Bible expositors believe this passage refers to Christ preaching through the person of Noah to those who—because they rejected Noah’s message—are now spirits in prison. One must keep in mind that 1 Peter 1:11 tells us that the Spirit of Christ spoke through the Old Testament prophets. And Noah is later described as a herald (or preacher) of righteousness (2 Peter 2:5). So, the Spirit of Christ may have preached through Noah to the ungodly humans who, much later, at the time of Peter’s writing, were now “spirits in prison” awaiting final judgment.

Regardless of which of the above interpretations is correct, evangelical scholars unanimously agree that this passage does not teach that people can hear and respond to the gospel in the next life. They reject a “second chance” because Scripture emphatically teaches that those who refuse to turn to Christ by faith in this present life are irrevocably consigned to a destiny in the lake of fire (Daniel 12:2; Matthew 25:46; Mark 9:44-48; Luke 16:23; 2 Peter 2:4; Revelation 20:15; 21:8).

Assessing the Claim that 1 Peter 4:6 Implies a Second Chance

First Peter 4:6 states: “This is why the gospel was preached even to those who are dead, that though judged in the flesh the way people are, they might live in the spirit the way God does.” Some interpret this verse to mean that people might be able to respond positively to the gospel in the afterlife and thus have a “second chance” for salvation after death.

• “It is appointed for man to die once, and after that comes judgment” (Hebrews 9:27). This verse alone negates any possibility of a second chance.

• The Lord knows how “to keep the unrighteous [dead] under punishment until the day of judgment” (2 Peter 2:9, insert added for clarification). This verse indicates that the Lord is keeping the wicked dead in spirit prison until the future great white throne judgment (Revelation 20:11-15). No mention is made of a second chance.

As for the meaning of 1 Peter 4:6, it apparently refers to those who are now dead but who heard the gospel while they were still alive. This makes sense in view of the tenses used in the verse: The gospel was preached in the past to those who are presently dead. These individuals heard the gospel of Christ when they were still alive, but had died by the time Peter wrote this letter. The Amplified Bible translation reflects this understanding: “The good news [of salvation] was preached [in their lifetimes] even to those who are dead.” Seen in this light, 1 Peter 4:6 does not support the idea of a second chance.

What About the Love of God?

Some people argue for a second chance of salvation based on the love of God. They reason: Surely God in His love, compassion, and mercy will give those who reject Christ another chance for salvation beyond death’s door. So, no worries!

That means that time is running out for every person still alive on earth. Ecclesiastes 9:12 tells us that “man does not know his time [that is, the time of his death]. Like fish that are taken in an evil net, and like birds that are caught in a snare, so the children of man are snared at an evil time, when it suddenly falls upon them” (insert added for clarification). If this passage tells us anything, it tells us that death often comes suddenly, without warning. The implication is that we must take steps now to be prepared for the moment. This sense of urgency would be unnecessary if we had a second chance following death.

People would be wise to take Proverbs 27:1 to heart: “Do not boast about tomorrow, for you do not know what a day may bring.” Each new day may bring the prospect of death. It is therefore wise to turn to Christ for salvation while there is still time.

Now is the day of salvation!

This article was adapted from three of Ron Rhodes’ books: