Questions About Life After Death 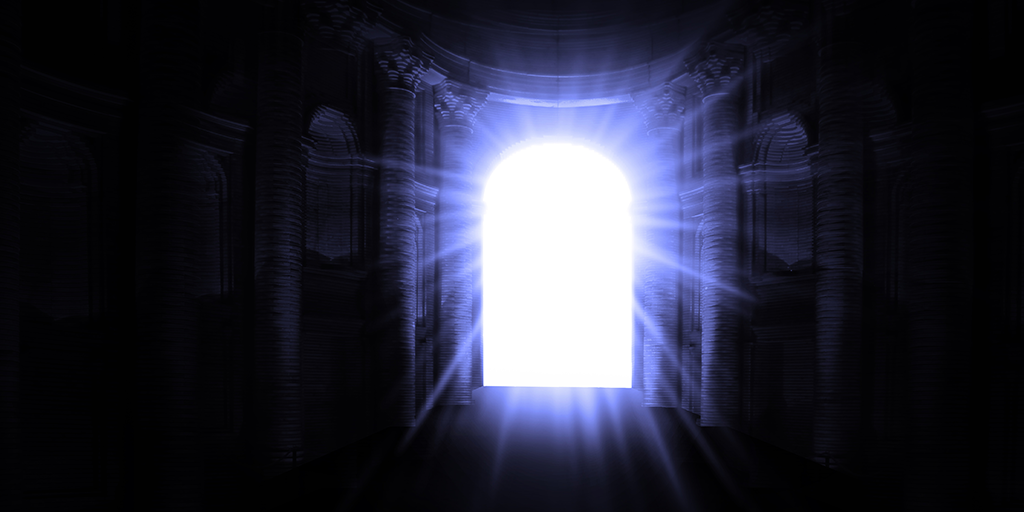 The call came early one morning, when I was barely awake. But I quickly realized that the caller was deeply concerned. She wanted to know what happens to people after they die. Her husband had died recently, and she had a friend who had lost her father and had some of the same concerns the caller had.

I believe this is a common concern. It is amazing how many people who consider them­selves Christians and are members of some church still seem to be confused on this ques­tion. The Parable of the Rich Man and Lazarus, found in Luke 16:19-31, is a good resource for understanding of this issue. Let us see what it tells us.

1. WE PASS AT THE MOMENT OF DEATH TO OUR ETERNAL REWARD.

The Scriptures know no other possibilities of reward or existence beyond the grave than these two—heaven and hell. These “places” are presented as “rewards” in the Parable of the Sheep and Goats in Matthew 25:46. Those who did not serve the Lord through others are consigned to eternal punishment; but the ones who DID serve God through others are called “righteous” and enter into eternal life.

2. THE SOUL, OR HUMAN SPIRIT, IS INDESTRUCTIBLE.

Death brings a change, not an end. In the Scripture we find that we pass by means of death directly to our eternal destiny—as is told us of Dives and Lazarus. Also, in Luke 23 we have the account of one of the thieves who was being crucified beside Jesus saying, “Lord, remember me when you come into your kingdom.” Jesus’s reply to him is clear-cut: “Truly I say to you, today you shall be with me in Paradise” (Luke 23:43). The force of the Greek text is even stronger: “…THIS VERY DAY you shall be with me in Paradise.”

Thus, the Bible-believing Christian cannot believe in either annihilation (nothingness after death), soul-sleeping, or a probationary period (purgatory), if we truly take the Bible, God’s Word, as our ultimate authority in religion.

3. THERE IS CONSCIOUS EXISTENCE IN THE SPIRIT LIFE FOLLOWING DEATH.

In the case of Dives and Lazarus, such obviously was the case. Both men knew who they were and WHERE they were. So will it be for everyone.

Recognition remained. They knew each other and “Father Abraham.” We, too, will recognize others in the life to come. Many people, in the very moment of death, have spoken in such a way as to show they recognized Jesus and loved ones who were waiting to greet them.

Moral awareness remained, also. Dives was aware that he had messed up in his life on earth. But he had made his choice and it was too late to change.

Memory remained. Dives remembered his brothers who were still on earth, and was concerned for them and their eternal destiny.

ously gave to Dives to see from hell to heaven. There is no other Scripture which would support our thinking this is generally true. We must conclude that this portrayal was a teaching tool to show important truths.

4. AFTER DEATH IT IS TOO LATE FOR REPENTANCE AND MERCY.

This earthly life is our opportunity and preparation time. We have a stewardship of life and we are accountable. This surely is one of the main points of this story. It is pitiable, but clear from this illustration, that there is no relief for the sufferings of hell. When Dives begged Father Abraham to send Lazarus to dip his finger in water and cool off his tongue, because he was in torment in flame, Father Abraham gently reminded Dives that he should have thought ahead, while he was still alive on earth.

Other Scriptures confirm this teaching (Matthew 25:41; Mark 9:48; 2 Thessalonians 1:9). Then, too, it is made clear that there is no possibility of passing from heaven to hell or vice-versa. Father Abraham spoke of the “great chasm” fixed between heaven and hell.

5. NO ONE CAN COME BACK TO EARTH AFTER DEATH TO WARN US.

We must hear and heed God’s Word NOW. We must lay up treasures in heaven while there is still opportunity here. We are faced here and now with the choice of where and how we will spend eternity.

When Dives next begged Father Abraham to send Lazarus back to earth to warn Dives’s brothers, lest they wind up like him, Father Abraham says they have ample testi­mony in the Scriptures, and if they do not heed that they would not heed even if someone went to them from the dead.

This seems clearly to say there is also a fixed gulf between heaven, hell and earth, and that the dead cannot know what is going on here on earth and cannot communicate with the living. In Revelation 21:4 we are told: “And God shall wipe away every tear from their eyes; and there shall no longer be any death; there shall no longer be any mourning, or crying or pain; the first things have passed away.” This is speaking of the blessed life of those in heaven. If they could be aware of what is going on here on earth, they would surely experience “crying, mourning and pain.” So, this tells us that there is no communica­tion between the dead and the living.