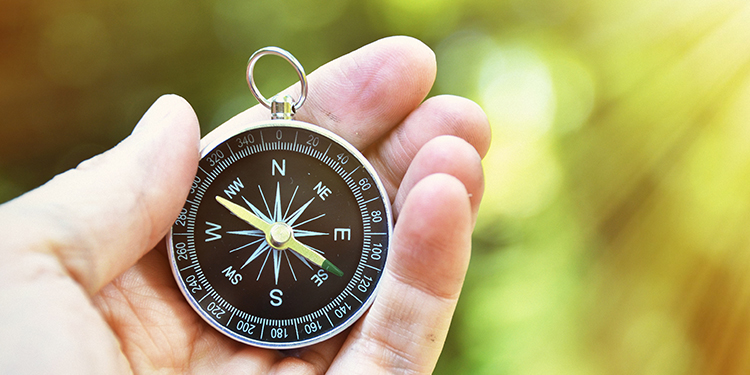 Purpose: To reveal the divine nature of mankind, abolish religious division (such as to reveal the unity of the teachings of Christ and Krishna) and provide direct experience of God through kriya yoga.

Source of authority: The writings of Sri Yukteswar, Paramahansa Yogananda, Daya Mata and other qualified leaders, but principally those of Yogananda.

Claim: To possess and disseminate “a knowledge of definite scientific techniques to attaining direct personal experience of God.”

Examples of key literature: Yogananda’s Man’s Eternal Quest and Autobiography of a Yogi. This latter 600 page book was released in 1946 and is the best known publication of the movement. Issued in some twenty languages, according to the SRF website it is “used as a text and reference work in numerous colleges and universities.” It is also considered by many to be a spiritual classic; for example, the website cites Columbia University Press as stating that “there has been nothing before, written in English or any other European language like this presentation of yoga.” Self-Realization is the principal periodical.

“If you want to know Jesus, meditate on the Christ Consciousness in him,” Paramahansa Yogananda, SRF website.

Note: Two modern offshoots of Self Realization Fellowship (SRF) include sects established by two of Yogananda’s disciples, Swami Kriyananda (Melvin Higgins), founder of the Yoga Fellowship, and Roy Eugene Davis, founder of the Center for Spiritual Awareness in Lakemont, GA (a.k.a. Christian Spiritual Alliance). In a letter to John Weldon, SRF declared that these former disciples have not been affiliated with SRF “for many, many years and their activities are not related to those of our Guru’s society.” They also believe such splinter groups are being disobedient to the divine will. “We are sad because we know, from Guru-Deva’s words to us, that this is not the divine will.”[1]

Jesus: A man who realized the Christ.

The Christ: The divine part of man.

The Trinity: Brahman personified; for instance, the Father is Sat (divine Bliss); the Son is tat (universal consciousness); the Spirit is aum (cosmic vibration).

Salvation: By knowledge and works.

The Bible: One of many scriptures, all of which are believed to teach the same key truths of Yogananda and SRF.

Death: Ultimately one with life.

Heaven and Hell: States of consciousness.

The Self-Realization Fellowship (SRF) was the second major Hindu movement to come to America after Vedanta. The occasion was the 1920 International Congress of Religious Liberals in Boston, sponsored by the American Unitarian Association. This congress had selected Paramahansa Yogananda to come to America to represent India and Hindu spirituality. (“Yogananda” means bliss, ananda, through divine union, yoga.)

Yogananda personally initiated over 100,000 students into kriya yoga, the “distinctive” SRF meditative yoga practice. Like all yogas, kriya yoga is designed to awaken and energize the chakras, the purported psychic centers along the spine, which is said to lead to “God-realization,” the personal awareness of one’s underlying unity with the ultimate divine essence.

Paramahansa Yogananda was born Mukunda Lal Ghosh in Gorakhpur, India, January 5, 1893. He evinced the typical traits of a guru: 1) he displayed various occult powers from childhood, which were interpreted as evidence of divine blessing; 2) though he had been exposed to Christianity early on, he purposefully rejected it by the age of eight and 3) according to his autobiography, he was at times so “drunk with God” from occult practice that he brought numerous problems into his life.

In 1995 the SRF celebrated the seventy-fifth anniversary of their work in the United States. Today SRF has 500 yoga meditation centers on 5 continents in 55 countries, including a network of over 20 schools and colleges in India. In the United States, there are some 30 temples and meditation centers with meditation groups in about 20 states.[2] The most popular lay minister at the Los Angeles headquarters is television star Dennis “McCloud” Weaver, an SRF disciple for some 40 years.

Among the “Aims and Ideals” of the SRF (as set forth by Yogananda in all SRF literature and as given at their website) are the dissemination of their Hindu spiritual practices throughout the world. They include the following: teaching “that the purpose of life is the evolution, through self effort, of man’s limited mortal consciousness into God Consciousness”; “to reveal the complete harmony and basic oneness of original Christianity as taught by Jesus Christ and original Yoga as taught by Bhagavan Krishna”; to promote spiritual and cultural harmony between East and West, to liberate man from spiritual ignorance and to “serve mankind as one’s larger Self.” Showing the unity between the teachings of Christ and Krishna is held to be central to SRF goals. In other words, SRF maintains that the true, original and principal teachings of Jesus, the Jewish Messiah, were the same yoga teachings as those of the mythological god Krishna of the Hindus. We will critically examine this naive idea later.

SRF claims religious tolerance and pluralism, and even to be Christian. However the essentially Hindu outlook of SRF is illustrated in Yogananda’s definition of “self realization” as the recognition of our own divinity. It is “The knowing—in body, mind, and soul—that we are one with the omnipresence of God; that we do not have to pray that it comes to us, that we are not merely near it at all times, but that God’s omnipresence is our omnipresence….”[3] The essential beliefs of SRF parallel Vedantic Hinduism in the monistic, or non-dualist (advaita), tradition. These beliefs however, are modified for Western and Christian consumption. For instance, the highest and impersonal God of Vedanta (Brahman) is referred to in Christian terms as “The Father.”

The third of SRF’s 11 “Aims and Ideals” declares that its purpose is not just to reveal the “complete harmony and basic oneness” of Christianity and Yoga but to show that “these principles of truth are the common scientific foundation of all true religions.” Three of these “principles of truth” are: (1) the impersonal Brahman alone is real; (2) all else is maya (illusion); and (3) that spiritual growth comes by realization of God (Brahman, one’s true self) or self-realization through kriya yogic practice.

Increase your intelligence, significantly, and you may be able to fathom Yogananda’s writings.

[…] addition to the links at the top, this link offers some additional […]

I was born and raised Jewish. Reading Autobiography of a Yogi is what introduced me Jesus Christ.