The Authority of the Bible 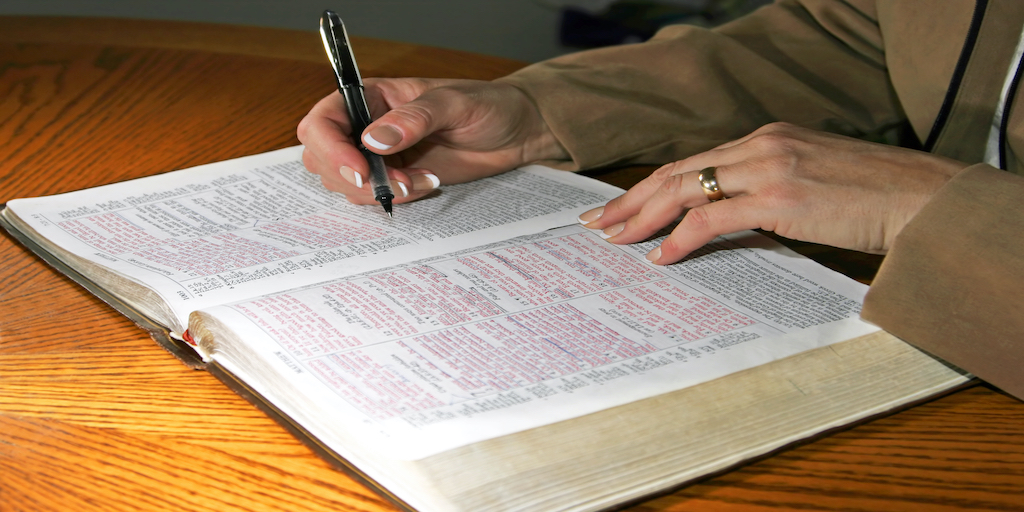 Question: The Authority of the Bible

I attend a non-denominational Bible study at my college. We have many different people representing a number of different religious backgrounds. Everything seemed to be fine in the beginning, but recently we have had several people question the authority of the Scripture to the point that they believe a number of passages shouldn’t be taken literally or were simply “cultural” in nature and not meant for today. I was raised to believe that the Bible is literally true. Can you help me?

A six-year-old boy and his father were out digging worms in order to go fishing after supper; his four-year-old sister was swinging near by. His mother called from the back door: “It’s time to wash up for supper, and go tell your sister, too.” The six year old ran to his sister, with a large worm in his hand, yelling: “Mom said, ‘If you don’t wash your hands and get to the table in one minute, you are going to have to eat this worm’!” Sounds like a typical six-year-old boy, doesn’t it. Obviously, he misquoted his mother.

I share this story to say, that if we aren’t careful, we can misquote God. It’s easy to become preoccupied with our own ideas of how things should be that we don’t speak as God spoke in His Word. The result is that we will say “more or less” than what God has spoken to meet our own needs.

It’s easy to misrepresent God, and Proverbs 30:5-6 warns us that we are in danger of being called a liar by God. “Every word of God is tested; He is a shield to those who take refuge in Him. Do not add to His [God’s] words lest He reprove you, and you be proved a liar.” That’s pretty serious, isn’t it? A similar warning is found in Revelation 22:18-19: “I testify to everyone who hears the words of the prophecy of this book; if anyone adds to them, God shall add to him the plagues which are written in this book; and if anyone takes away from the words of the book of this prophecy, God shall take away his part from the tree of life and from the holy city, which are written in this book.”

You stated in your question that you were brought up to believe that the Bible is literally true. That’s really the bottom line statement or question for all people. You must either accept it as literally true or you are in “trouble” with Proverbs 30 and Revelation 22 and, thus, with God. Let me share some other important passages with you.

1. Prior to Israel’s inheriting the Promise Land, they were urged to obey God’s law. We read in Deuteronomy 4:1-2, these words: “And now, O Israel, listen to the statutes and the judgments which I am teaching you to perform, in order that you may live and go in and take possession of the land which the Lord, the God of your fathers, is giving you. You shall not add to the word which I am commanding you, nor take away from it that you make keep the commandments of the Lord your God which I command you.”

God’s word to His people, and to us, is straightforward; we listen and perform according to His word—we can only do it His way and no other. As long as Israel followed God’s commands, they prospered; when they got out of line, He disciplined them. And that will be true of us as well.

2. In Paul’s second letter to the church at Thessalonica, he writes these words (2:13): “And for this reason we also constantly thank God that when you received from us the word of God’s message, you accepted it not as the word of men, but for what it really is, the Word of God, which also performs its work in you who believe.”

How do you know that it’s the word of God? Paul speaks of the church at Berea, in Acts 17:11, as being special because: “Now these were more noble-minded than those in Thessalonica, for they received the word with great eagerness, examining the Scriptures daily, to see whether these things were so.” This is the key for you and me: Receive the word with eagerness, but examine the Scriptures for yourself to make sure that what you are hearing is clearly and accurately reflected in God’s Word. If it isn’t then it is false teaching.

3. Finally, here is a great passage from 2 Peter 1:19 – 21: “And so we have the prophetic Word made more sure, to which you do well to pay attention as to a lamp shining in a dark place, until the day dawns and the morning star rises in your hearts. But know, first of all, that no prophecy of Scripture is a matter of one’s own interpretation, for no prophecy was ever made by an act of human will, but men moved by the Holy Spirit spoke from God.”

I stand with you on the authority of Scripture. In “The Essentials” of our particular denomina­tion are these words which we affirm:

Notice that I have highlighted the word “all” in bold type. When it says “all,” it means “all”! I am reminded of these words which I read in the devotional booklet Our Daily Bread about a year ago: “We must adjust our lives to the Bible—never the Bible to our lives.”

Never forget that! Thanks for a great question, and I pray that God will strengthen you to stand firm in His word through the authority of the Bible.