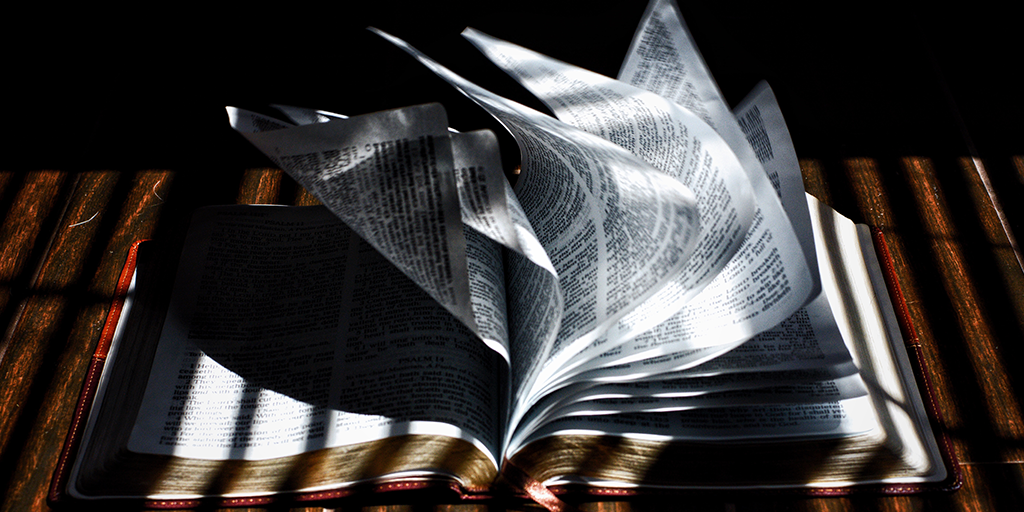 In Part 1, we indicated that the historical evidence for the Resurrection of Christ was sufficient to convert even skeptics. In Part 2, we will examine what leading lawyers have concluded about the evidence for Christ’s Resurrection.

In Acts 1:3, the historian Luke tells us that Jesus Christ was resurrected from the dead by “many infallible proofs.” The Greek en pollois tekmariois is an expression which is defined in the lexicons as “decisive proof” and indicates the strongest type of legal evidence.[1]

Lawyers, of course, are expertly trained to deal in the matter of evidence. Skeptics can, if they wish, maintain that only the weak-minded would believe in the literal, physical Resurrection of Christ, but perhaps this only reveals their own weak-mindedness when it comes to taking the evidence at face value.

Lawyers are not weak-minded. Hundreds of lawyers are represented by The National Christian Legal Society, The Rutherford Institute, Lawyers Christian Fellowship, Simon Greenleaf University, and other Christian law organizations, schools and societies. Among their number are some of the most respected lawyers in the country, men who have graduated from our leading law schools and gone on to prominence in the world of law. The law schools of Cornell, Harvard, Yale, Boston, New York University, University of Southern California, Georgetown, University of Michigan, Northwestern, Hastings College of Law at U. C. Berkeley, Loyola, and many others are all represented.[2]

Among the Board of Reference or distinguished lectureships given at Dr. Weldon’s alma mater, Simon Greenleaf University, we could cite Samuel Ericsson, J.D., Harvard Law School, Renatus J. Chytil, formerly a lecturer at Cornell and an expert on Czechoslovakian law, Dr. John W. Brabner-Smith, Dean Emeritus of the International School of Law, Washington, D.C., and Richard Colby, J.D., Yale Law School, with Twentieth Century Fox.[3] All are Christians who accept the Resurrection of Christ as a historical fact. In actuality, the truth of the Resurrection can be determined by the very reasoning used in law to determine questions of fact. (This procedure is also true for establishing the historical reliability and accuracy of the New Testament documents.)

So let us proceed with specific examples of noted legal testimony concerning the Resurrection.

1. Lord Darling, a former Lord Chief Justice in England, asserts: “In its favor as a living truth there exists such overwhelming evidence, positive and negative, factual and circumstantial, that no intelligent jury in the world could fail to bring in a verdict that the resurrection story is true.”[4]

2. John Singleton Copley (Lord Lyndhurst, 1772–1863) is recognized as one of the greatest legal minds in British history. He was Solicitor General of the British government, Attorney General of Great Britain, three times the High Chancellor of England and elected High Steward of the University of Cambridge. He challenges, “I know pretty well what evidence is; and I tell you, such evidence as that for the Resurrection has never broken down yet.”[5]

3. Hugo Grotius was a noted “jurist and scholar whose works are of fundamental importance in international law,” according to the Encyclopedia Britannica. He wrote Latin elegies at the age of eight and entered Leiden University at eleven.[6] Considered “the father of international law,” he wrote The Truth of the Christian Religion (1627) in which he legally defended the historical fact of the Resurrection.

4. J. N. D. Anderson, in the words of Armand Nicholi of the Harvard Medical School (Christianity Today, March 29, 1968), is a scholar of international repute, eminently qualified to deal with the subject of evidence. He is one of the world’s leading authorities on Muslim law, Dean of the Faculty of Law at the University of London, Chairman of the Department of Oriental Law at the School of Oriental and African Studies, and Director of the Institute of Advanced Legal Studies at the University of London.[7] In Anderson’s text, Christianity: The Witness of History, he supplies the standard evidences for the Resurrection and asks, “How, then, can the fact of the resurrection be denied?”[8] Anderson further emphasizes, “Lastly, it can be asserted with confidence that men and women disbelieve the Easter story not because of the evidence but in spite of it.”[9]

As a lawyer, I have made a prolonged study of the evidences for the events of the first Easter day. To me the evidence is conclusive, and over and over again in the High Court I have secured the verdict on evidence not nearly so compelling. Inference follows on evidence, and a truthful witness is always artless and disdains effect. The gospel evidence for the resurrection is of this class, and as a lawyer I accept it unreservedly as a testimony of truthful men to facts they were able to substantiate.[10]

6. Irwin H. Linton was a Washington, D.C. lawyer who argued cases before the U.S. Supreme Court. In A Lawyer Examines the Bible, he challenges his fellow lawyers “by every acid test known to the law…to examine the case for the Bible just as they would any important matter submitted to their professional attention by a client….”[11] He believes that the evidence for Christianity is “overwhelming” and that at least “three independent and converging lines of proof,” each of which “is conclusive in itself,” establish the truth of the Christian faith.[12] Linton observed that “the logical, historical…proofs of…Christianity are so indisputable that I have found them to arrest the surprised attention of just about every man to whom I have presented them….”[13] He further argues the Resurrection “is not only so established that the greatest lawyers have declared it to be the best proved fact of all history, but it is so supported that it is difficult to conceive of any method or line of proof that it lacks which would make [it] more certain.”[14] And that, even among lawyers, “he who does not accept wholeheartedly the evangelical, conservative belief in Christ and the Scriptures has never read, has forgotten, or never been able to weigh—and certainly is utterly unable to refute—the irresistible force of the cumulative evidence upon which such faith rests….”[15]

He concluded the claims of Christian faith are so well established by such a variety of independent and converging proofs that “it has been said again and again by great lawyers that they cannot but be regarded as proved under the strictest rules of evidence used in the highest American and English courts.”[16]

7. Simon Greenleaf was the author of the classic three-volume text, A Treatise on the Law of Evidence (1842), which, according to Dr. Wilbur Smith “is still considered the greatest single authority on evidence in the entire literature on legal procedure.”[17] Greenleaf himself is considered one of the greatest authorities on common-law evidence in Western history. The London Law Journal wrote of him in 1874,

It is no mean honor to America that her schools of jurisprudence have produced two of the finest writers and best esteemed legal authorities in this century—the great and good man, Judge Story, and his eminent and worthy associate Professor Greenleaf. Upon the existing law of evidence (by Greenleaf) more light has shown from the New World than from all the lawyers who adorn the courts of Europe.[18]

Dr. Simon Greenleaf was one of the greatest legal minds we have had in this country. He was the famous Royal Professor of Law at Harvard University, and succeeded Justice Joseph Story as the Dane Professor of Law in the same university. H. W. H. Knotts in the Dictionary of American Biography says of him: “To the efforts of Story and Greenleaf is ascribed the rise of the Harvard Law School to its eminent position among the legal schools of the United States.”… Greenleaf concluded that the Resurrection of Christ was one of the best supported events in history, according to the laws of legal evidence administered in courts of justice.[19]

In his book Testimony of the Evangelists Examined by the Rules of Evidence Administered in Courts of Justice, Greenleaf writes:

All that Christianity asks of men…is, that they would be consistent with themselves; that they would treat its evidences as they treat the evidence of other things; and that they would try and judge its actors and witnesses, as they deal with their fellow men, when testifying to human affairs and actions, in human tribunals. Let the witnesses [to the Resurrection] be compared with themselves, with each other, and with surrounding facts and circumstances; and let their testimony be sifted, as if it were given in a court of justice, on the side of the adverse party, the witness being subjected to a rigorous cross-examination. The result, it is confidently believed, will be an undoubting conviction of their integrity, ability and truth.[20]

8. Lord Caldecote, Lord Chief Justice of England, observed that an “overwhelming case for the Resurrection could be made merely as a matter of strict evidence”[21] and that “His Resurrection has led me as often as I have tried to examine the evidence to believe it as a fact beyond dispute….”[22] (cf., Thomas Sherlock’s Trial of the Witnesses of the Resurrection of Jesus Christ, which places the Resurrection in a legally argued forum and in the words of lawyer Irwin Linton, “will give anyone so reading it the comfortable assurance that he knows the utmost that can be said against the proof of the central fact of our faith and also how utterly every such attack can be met and answered.”[23] At the end of the legal battle one understands why, “The jury returned a verdict in favor of the testimony establishing the fact of Christ’s resurrection.”[24])

But lawyers familiar with the evidence could do the same today either for themselves or an impartial jury. Although admissibility rules vary by state and no lawyer can guarantee the decision of any jury (no matter how persuasive the evidence), an abundance of lawyers will testify today that the Resurrection would stand in the vast majority of law courts.

In conclusion, in these two installments, we have shown that both those who were committed skeptics and those who are expertly trained to sift evidence have declared, on the basis of the evidence, that the Resurrection of Jesus Christ is a historical fact. Those who ignore the evidence do so at their own risk.

He is Risen! Evidence Beyond Reasonable Doubt -

[…] is so strong that Irwin H. Linton, a lawyer who has argued cases before the U.S. Supreme Court, writes that the resurrection “is not only so established that the greatest lawyers have declared it […]

He is Risen! Evidence Beyond Reasonable Doubt - Crisis Magazine

[…] is so strong that Irwin H. Linton, a lawyer who has argued cases before the U.S. Supreme Court, writes that the resurrection “is not only so established that the greatest lawyers have declared it […]

[…] The Evidence for the Resurrection of Jesus Christ – Part 2 By: Dr. John Ankerberg, Dr. John Weldon […]