There is More to the Cross than Forgiveness/Part 2 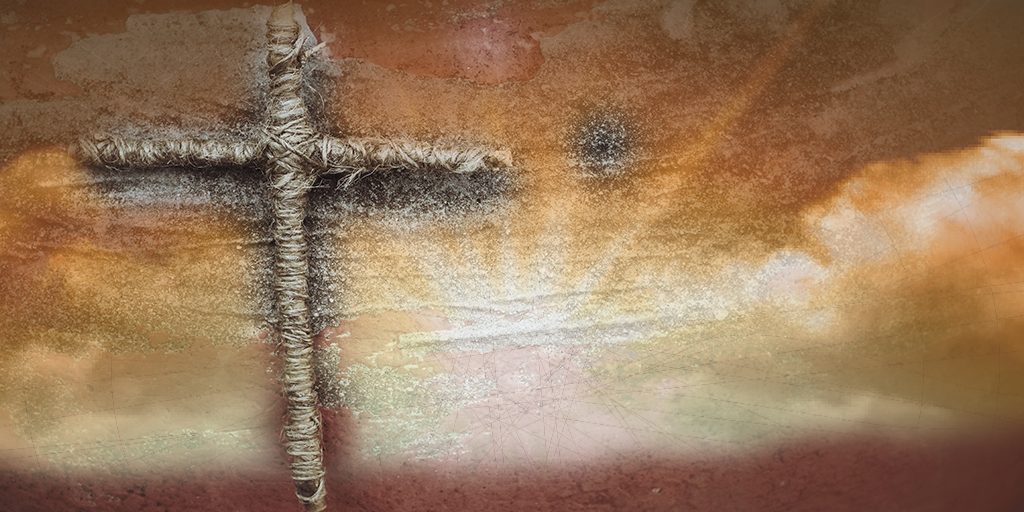 Our Identity Was Changed in Christ

Christians who understand only that they are forgiven mistakenly see themselves as forgiven sinners on their way to heaven. Not understanding that Jesus has already changed their identity from sinner to saint (holy one) leads them to the mistaken belief that they will be changed into holy people at their physical death. My friend Peter Lord says, “What you are here, you’ll be there. Most Christians think that death is going to complete what Jesus couldn’t do; that when you die, you’ll suddenly be zapped into holiness. But death is an enemy! There’s something wrong with a theology that says that our enemy is going to do what Jesus is impotent to do.” We’ve already been changed into holy people (saints) in Christ’s death and resurrection, so we’re already “qualified” to live with God. If we were not, God’s Holy Spirit could not dwell within us now! Mother Teresa didn’t become a saint by committee vote based upon her performance. A person can only be changed from sinner to saint by crucifixion/rebirth in Christ. You’re already as much of a saint as you’ll ever be. You’re the same person you’ll be in eternity after you shed your earthsuit at death. You say, “Well, great day, if this is true, then why don’t I act like a saint?” Good question. Hold onto your ticket stub; we’ll cover this later.

A Suit of Clay—Our Temporary Dwelling

Second Corinthians 5:1,2,8 reveals what transpires at our physical death: For we know that if the earthly tent [body] which is our house is torn down, we have a building from God, a house not made with hands, eternal in the heavens. For indeed in this house we groan, longing to be clothed with our dwelling from heaven…. We are of good courage, I say, and prefer rather to be absent from the body and to be at home with the Lord.

Notice that God differentiates between you and the earthsuit in which you live. He is revealing that the earthsuit is not who you are. He says, “If the earthly tent which is our house is torn down, we have a building from God … in the heavens.” The house is not your identity. Just to be sure we get it, He repeats it: “In this house we groan.” Does the house groan or do we groan? We groan. The house is not you; you temporarily indwell it. Notice that the person who is “absent from the body and present with the Lord” is the same person who indwelled the body on earth. His identity is unchanged by death. Although the body will indeed be changed in the future (1 Corinthians 15:42-44), you and I will not be changed from a sinner to a saint at our physical death, because God has already accomplished this through Christ. God, through Paul, addresses this letter to all the “saints” (2 Corinthians 1:1). He never speaks to “sinners saved by grace.” That’s man’s religious opinion, which is not supported by Scripture. By teaching that Christians have already been changed into the glorious people that we’ll be eternally, I’m not teaching Gnosticism (negating the impor­tance of the body). I’m simply saying what the Bible says—that the true you is not the body in which you live. Your personality (soul) and spirit comprise the saint who indwells your dying, earth-bound body.

The passage which speaks about your being changed in the twinkling of an eye is not speaking about changing you, but about changing your body. God says: “I tell you a mysery; we shall not all sleep, but we shall all be changed…. For this perishable [earthly body] must put on the imperishable [supernatural heavenly body] and this mortal [physical body] </nowiki>must put on immortality [heavenly body]” (1 Corinthians 15:51,53). Your soul and spirit have already been changed at salvation. Folks, the only change we will experience through death is liberation from the earthsuit. When we eject from the body, the devil can no longer hassle us. Although we will live forever in God’s presence, and had to experience an iden­tity change in order to qualify for such a glorious future, the Bible teaches that this change has already taken place in Christ at salvation. That’s why God calls us saints.

The Christian who believes he is a sinner saved by grace is either uninstructed or is ignoring a significant portion of what Jesus accomplished for us as revealed through God’s secretary, Paul. Such a Christian faces life in much the same manner as the faithful Old Testament Jew. That unregenerate man correctly saw himself as a sinner who must regu­larly travel to the Temple and strive to fulfill all of the requirements of the Law in order to acquire God’s forgiveness and blessing. In addition to that burden, experiencing the Spirit of Christ living through him to give him victory over the world, the flesh, and the devil was unavailable to him (even in his wildest dreams!). Nor was it possible for him to have his identity changed from sinner to saint. Do you see that this describes the mentality of many born-again saints of God today? Do you experience consistent victory over “the sin which so easily entangles us” (Hebrews 12:1)? Although no man can ever attain sinless perfec­tion, you can experience the victorious life. But you must embrace more of the gospel than your blessed forgiveness.

Although faithful Old Testament Jews were forgiven, had they attempted to enter into God’s holy presence—behind the Temple veil—they would have died instantly due to their spiritual identity by natural birth—sinner-men. The high priest, on the other hand, had been granted a grace-exemption as God’s intercessor on behalf of the people. What is it that exempts you from needing such a human priest/intercessor? You have literally been <nowiki>cleansed via being crucified in Christ and then reborn in His resurrection! “[You] are the temple of the living God” (2 Corinthians 6:16b)! How can this be? It’s because you are not only permanently forgiven via Jesus’ blood, but you are so permanently holy that the Spirit of Christ permanently indwells you. It was through Christ’s beloved body that He accom­plished this change in your identity, dear one. Hold on, now; stay with me as I reason with you from the Word. Of course, you should praise God that your sins are forgiven by His precious blood. What a fantastic gift from God! But, gang, you received even more than that! My point is that you should give equal praise to God that your spirit identity was changed from sinner to saint by being crucified and then reborn in Jesus’ precious body. Both are mandatory before a person can host the Holy Spirit of God, and this has already been done for you. “The temple of God is holy, and that is what you are” (1 Corinthians 3:17). Forgiveness alone won’t give you the privilege of hosting God’s Spirit. Do you see that? Although the Old Testament believer had forgiveness, he could not enter into the presence of God like you do. Although it’s not mandatory that you embrace this truth to be saved, it is mandatory that you embrace it in order to experience victory over the world, your flesh, and the devil.

The Temple veil was torn in two at Christ’s death, exposing the Holy of Holies, and thus revealing that God would no longer dwell in a “temple made with hands.” He now dwells in another kind of temple that is “made without hands.” “We heard Him say, ‘I will destroy this temple made with hands, and in three days I will build another made without hands’ “(Mark 14:58). Born-again people are the new Holy of Holies of whom Jesus spoke! God no longer dwells in a stone temple. We’re now “living stones … being built up as a spiritual house for a holy priesthood” (1 Peter 2:5b). There could be no such living stones till Jesus was raised from the dead to become our spiritual progenitor. “‘The first man, Adam, became a living soul.’ The last Adam [Christ] became a life-giving spirit” (1 Corinthians 15:45).

Even if God still dwelt in a gilded wooden box, we could, because of the magnificent, gracious effectiveness of Jesus’ sacrifice, throw ourselves upon that box in love and grati­tude. We could open it and reach inside—no problem! God has vacated the premises and left a forwarding address. The movie Raiders of the Lost Ark depicts God as frying the bad guys who dared to touch the ark—a typical Hollywood spin on reality. Great Scott! We’ve got it much better than having God in a wooden box! God’s presence among men is no longer in a building in your city, nor in a box made with human hands. He lives in the spirit of every person who is born again. And as these saints (holy ones), we don’t have to travel to some Mecca-type geographic locale to visit God. We live in “vital union with Him” inside our earthsuits! Holy God cannot reside in an unholy dwelling, and there’s no way any person can cleanse himself of his old unholy identity—sinner-man. Yet, “nothing [is] impos­sible with God” (Luke 1:37). He purged us and He cleaned us up by co-crucifying us and then rebirthing us in Christ (1 Peter 1:3). We have a new spirit. You and I are now holy dwellings: “For the temple of God is holy, and that is what you are” (1 Corinthians 3:17). The Greek for temple here is naos, meaning “Holy of Holies” where the Holy Spirit dwells, as opposed to hieron, that part of the temple to which all of the people had access. Chris­tians are the holy place where the Spirit of God now dwells on earth! What a magnificent Savior! What marvelous grace!