Water Does Not Equal Habitability 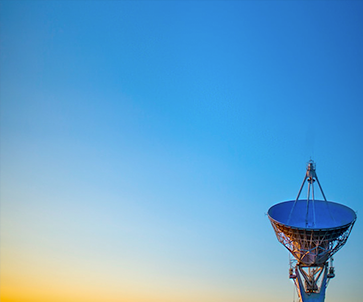 “The earth was formless and void, and darkness was over the surface of the deep, and the Spirit of God was moving over the surface of the waters” (Genesis 1:2). This verse often gets overshadowed by the preceding verse, which declares, “In the beginning God created the heavens and the earth.” I know I overlooked the second verse’s apologetics significance in the past. However, recent studies of Mars highlight the importance of remembering the Bible’s description of Earth’s early conditions.

Usually, the mention of an ocean conjures images of vast cobalt blue expanses, waves begging to be surfed, or shallow reefs ripe for exploring. Those pictures reflect the vibrant biological, atmospheric, and geological systems that characterize Earth today. Yet the geological record paints a different picture of the past. Earth’s early oceans contained no free oxygen and likely appeared murky green from all the dissolved iron. Roughly 3 billion years ago, a growing cache of continental landmass provided relief from the previously vast expanse of water broken by the occasional volcanic island. These continents provided the setting for the explosion of complex life onto Earth’s scene 550 million years ago. These discoveries, along with Earth’s first life,atmospheric clearing, and humanity’s origin, demonstrate the remarkable parallel between the biblical and scientific description of Earth’s history.

The parallel is more striking when compared to the history of Mars. A quick Internet search reveals many recent discoveries indicating liquid water in Mars’ past. River and stream networks, silica deposits, sedimentary rocks, and ancient shorelines all point to a watery past. Yet that same evidence accentuates the differences between the two planets.

Hydrogen comes in two forms: normal hydrogen (H) with no neutrons and deuterium (D) with one neutron. Water can contain either form of hydrogen, but the heavier mass of D gives scientists a way to uncover more details about the history of water on Mars. The heavier mass of D, compared to H, means that it escapes from the atmosphere more slowly. Consequently, over time the ratio of D/H will increase. Data acquired from powerful telescopes in Chile and Hawaii show that the global D/H ratio on Mars today is six times larger than the value measured for Earth. The Mars rover Curiosity found that the D/H ratio on Mars grew by a factor of two in the last 3.2 billion years. Furthermore, ancient Mars meteorites have a D/H ratio roughly 20 percent of the current Martian value. This means that Mars started with at least five times the amount of water present today!1 While Earth experienced a progression from inhospitable to an environment teeming with a diverse array of life, Mars devolved from a water-rich world to a desiccated, barren landscape.

Finding liquid water on a distant planet often carries the implication that life must occupy that watery environment. The Bible paints a different picture. Even though Earth started with a covering of water, it was hostile to life. Only through God’s transformative work was Earth prepared for the introduction of humanity and then declared “very good.” The remarkable thing about Earth is that 4.5 billion years after it formed, it retains an abundant supply of liquid water that hosts a stunning diversity of life.

While many Christians and non-Christians see faith and science as in perpetual conflict, I find they integrate well. They operate by the same principles and are committed to discovering foundational truths. Read more about Dr. Jeff Zweerink at Reasons to Believe.