What Does the Bible Teach About Angels? | John Ankerberg Show
Donate 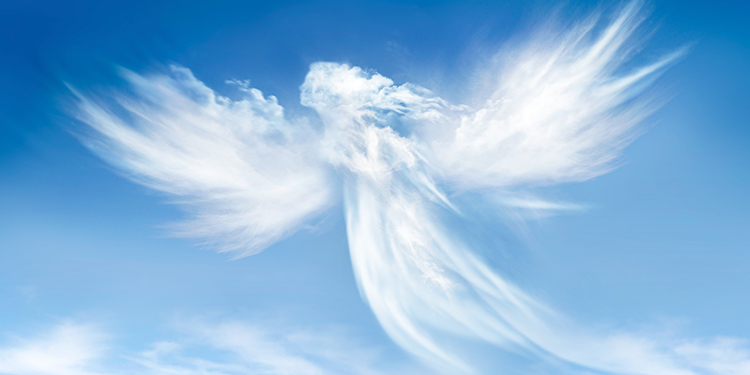 What Does the Bible Teach About Angels?

The Hebrew word mal’akh and the Greek word aggelos both mean “messenger.” This indicates the term “angel” can be used of either men or spirits. For example, in Mark 1:2 aggelos is applied directly to John the Baptist, “Behold, I send My messenger (aggelos) before Your face,” and the Hebrew word mal’akh is used in the corresponding prophecy of Malachi 3:1.

Because the meaning of the word “angel” is simply that of a “messenger,” the context determines if it is a human or an angelic messenger, although in rare cases it is difficult to determine which is meant. By far, the most common biblical use of the term is of a godly spirit messenger, what we normally think of as a good angel.

The word “angel” appears some 300 times in 24 books of the Bible. But this does not include synonyms used for angels, such as “sons of God,” “holy ones,” “morning stars,” “cherubim,” “seraphs,” “ministering spirits,” “watchers,” and such. In all, the term “angel” or its equivalent is found in 35 books of the Bible.

Although they never marry (Luke 20:35-36), this does not necessarily mean they are without gender. Angels apparently have spiritual bodies.[1] That they can assume human form implies that they have spiritual bodies first. God Himself has a spiritual form (John 5:37) and took on corporeal form in the Person of Jesus Christ. Scripture also tells us that in the resurrection the redeemed in their glorified bodies will be “like” the angels (Phil. 3:21; Matt. 22:30).

In their natural (spiritual) state, angels move at tremendous speeds and are not bound by space and time, at least not in the manner we are. They can be present in great numbers in limited space, as is evidenced by the seven demons simultaneously inhabiting Mary Magdalene. And it seems that thousands of demons inhabited at least one man (Mark 16:9; Luke 8:30). Angels may also be aware of things like men’s prayers and future events (Luke 1:13-16). However, despite their abilities, they are not omniscient or omnipotent (Dan. 10:13; Matt. 24:36; 1 Pet. 1:11-12; Rev. 12:7).

Morally, there are two kinds of angels: the holy or the elect (1 Tim. 5:21) and the fallen, who are described in the Bible as evil spirits or demons. These rebellious angels will not be redeemed (Heb. 2:11-17), and their final end is the lake of fire (Matt. 25:41). However, while some of these fallen angels are now free to roam, others are currently kept in eternal bonds (Jude 1:6; 2 Pet. 2:4).

Different classifications among the angels include the cherubim, seraphim, and archangels. Apparently the cherubim are the highest class of angels, having indescribable beauty and power. Cherubim were placed at the east of the Garden of Eden to guard the way to the tree of life after man was expelled (Gen. 3:24). They appear in connection with the dwelling place of God in the Old Testament (Ex. 25:17-22; cf. Heb. 9:5) and are primarily concerned with the glory and worship of God. For example, the four living creatures of Ezekiel are cherubim (Ezek. 10:4, 18-22). The cherubim are never termed angels, probably because they are not specifically messengers. Their chief purpose is to proclaim and protect God’s glory, sovereignty, and holiness. Satan was apparently part of the cherubim class, making his rebellion and fall all the more significant.

Perhaps we should mention here that the specific term “the angel of the Lord” (Malach-YHWH), which is used throughout the Old Testament (e.g. Gen. 22:11-12; Ex. 3:2; 2 Kings 19:35), does not refer to a created angel. It refers to the Old Testament theophanies of Jesus Christ, who appeared to people before His incarnation as “the angel of the Lord.” The angel’s identity as Jesus Christ is indicated not only by the attributes of deity He possesses, but also because the Jews themselves held this angel to be the divine Messiah.[2]

Although the godly angels are thought to reside in heaven (Rev. 10:1), we are not told about the nature of their specific dwelling places, if any. Of course, if angels do have spiritual bodies, this might indicate they have dwelling places (Jude 1:6).

At the end of the world, angels will gather all the spirits of the saved and unsaved. They gather believers at Jesus Christ’s return to earth (Matt. 24:30-31), and they gather the unbelievers for eternal judgment (Matt. 13:39-43). Truly, angels excel in strength (Psa. 103:20). But what is most amazing is that God tells believers in Christ that they will one day judge, and perhaps rule, angels (1 Cor. 6-2-3).

Nevertheless, many false concepts about angels abound today. Among these erroneous beliefs are that: 1) angels are the human dead, i.e., that we become angels at death; 2) angels perform God’s work through occult activities and practices; 3) the devil is not a fallen angel; 4) Jesus Christ was only an angel; 5) simply because they are angels, they can be trusted to be good. These false beliefs indicate how important it is to discern what Scripture does and does not teach about both the good and the evil angels. If people have no biblical idea of what a good angel really is and does, then any angel claiming to be good can seem credible.

Unfallen Angels in the Bible

What is perhaps most relevant for us is that what the good angels do biblically is the opposite of what we find the popular New Age angels doing today. (“Popular angel” is a term we may use for those beings who are in reality evil angels or demons.) Biblically, the good angels do their work for God and then disappear. But the popular angels act like modern spirit guides. They do not worship Christ, and they deny Him and distort His teachings. They reject God’s will and rebel against it by seeking to prevent people’s salvation.

When we examine the godly angels, we see that their proclamations support God’s purposes, their miracles support God’s interests, and their preaching communicates God’s will. Their love of Christ is proven throughout Scripture and history. In ministering to God’s children, they remind them of God’s love and care (Matt. 18:10; Psa. 34:7; 91:11-12; Dan. 6:22). Also, their character is proven to be wise and holy by their refusal to be worshiped by men (Col. 2:18; Rev. 19:10; 22:9) and because their worship and devotion is given solely to God and Christ.

The Bible ‘book’ is a compendium of fire side tales and fables, recounted orally for generations by goat herders and primitive tribes from the stone age, until writing was invented, and then again, many different sources, transliterations, and versions were copied and written down. ”The Bible was created during a time where stories were orally passed down over thousands of years. Stories constantly morphed and changed over time, and the Bible is a collection of these. This is why it has the nearly identical flood story from Gilgamesh, and why Jesus has the same characteristics as Dionysus, Osiris, Horus, Mithra,… Read more »

Angelic ministry is needed by the church now than ever before.