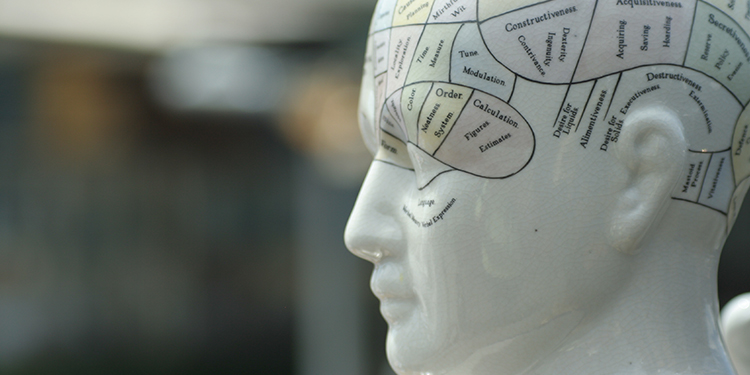 What is Religious Science?

What is Religious Science?

Purpose: To help people recognize their essential unity with God, thereby achieving spiritual power and control over their life, bringing abundance and satisfaction.

Source of authority: The writings of Ernest Holmes; and the individual “Divine Mind.” Most Religious Science ministers and teachers utilize Holmes’ The Science of Mind as a “Bible.” Holmes writings are held to be generally authoritative, although there is a freedom to expand on his ideas in light of one’s own “higher consciousness” and the basic principles of Science of Mind.

Claim: To teach the true teachings of Christ.

Occult dynamics: An openness to parapsychological research and certain categories or practices of the psychic /occult world.

“God holds nothing against us, therefore, we need never worry about our relationship with Him.”[1] —Ernest Holmes, Words That Heal Today

“Find me one person who is for something and against nothing, who is redeemed enough not to condemn others out of the burden of his soul, and I will find another savior, another Jesus, and an exalted human being. Find me one person who no longer has any fear of the universe, or of God, or of man, or of anything else, and you will have brought to me someone in whose presence we may sit and fear shall vanish as clouds before the sunlight. Find me someone who has redeemed his own soul, and he shall become my redeemer.” [3] —Ernest Holmes, Sermon by the Sea

Note: Although the terms Religious Science and Science of Mind are technically distinguished, we have employed them interchangeably in accordance with popular usage.

Jesus: A great man who expertly utilized Science of Mind principles and became “Christ conscious,” i.e., aware of his own divinity.

The Christ: The divine part of all people.

Salvation: By knowledge and positive thinking.

The Fall: Into error.

The Bible: One of many sacred scriptures.

Hell and Heaven: States of mind.

Religious Science [RS] and its teaching, Science of Mind, are the syncretistic brainchild of Ernest Holmes (1887-1960), who weaved parts of Eastern religions and occult philosophy into a “power of positive thinking” worldview. The late Norman Vincent Peale—himself a promoter of occult and Eastern movements[4] —said of Holmes: “Only those who knew me as a boy can fully appreciate what Ernest Holmes did for me. Why, he made me a positive thinker!”[5] Holmes’ influence has been substantial. For example, today there are about 75 titles published by Science of Mind publications. Most are by Ernest Holmes, but popular modern authors in Religious Science include William Hornaday, Willis Kinnear, David Seabury and others who continue Holmes’ tradition. Their combined writings have influenced millions. On the internet one can find hundreds of RS congregations in the United States, plus many others in about 25 countries.

Ernest Holmes’ spiritual odyssey[6] began as a young man with the influence of Ralph Waldo Emerson, who was himself influenced by Swedenborgianism, spiritism and Hinduism. (As with Charles Fillmore, founder of Unity School of Christianity, and others, it was partly the influence of Emerson that moved Holmes away from a more biblical worldview.) By the time he was 20, Holmes had rejected Christianity as a viable option for life. He went on to study Christian Science, hypnotism, psychic phenomena, theosophy and spiritism, and was influenced by them all.

Holmes regularly attended séances held by a Mr. Wiggin and was “terrifically impressed by him.”[7] At first, uncertain about the idea of spirits speaking through human mediums, he vowed to continue further research. His brother’s biography reports, “In later years, he did follow through and attended séances on unnumbered occasions.”[8] However, he ultimately decided that spiritism was limited in some ways, preferring to trust in himself rather than rely on spirit communications. Despite rejecting spiritism as a personal practice, spiritistic philosophy continued to hold an interest for him. The influence of such famous mediums as Emanuel Swedenborg, Helena Blavatsky, Mary Baker Eddy[9] and others, as well as mystics like Phineas P. Quimby and Meister Eckhart, all had their part in formulating the worldview of Ernest Holmes, Science of Mind and its many modern counterparts. Eventually Holmes coalesced his thoughts in The Science of Mind (1926), which became the standard textbook of Religious Science, which became The Church of Religious Science and, later, the United Church of Religious Science, the corporate name undergirding his teachings today.

As is true with most “new” religions, Religious Science practitioners tend to avoid associations to the word “occult.” Followers of Holmes tend to deny that Holmes promoted the occult or that his philosophy is occult. However, a study of his life and teachings can lead to no other conclusion. Indeed, Holmes’ interest in psychic healing resulted in The Holmes Center for Research in Holistic Healing (founded in 1971 as The Ernest Holmes Research Foundation), which was for many years devoted “solely to research in mental/ spiritual/psychic healing.” Its directors have included such famous people as Robert Young (“Father Knows Best”); Louis Lundborg, retired board chairman of The Bank of America; Norman Cousins, editor of Saturday Review; and Maurice Stans, former United States Secretary of Commerce. [10]

In recent years, Science of Mind has delved more and more into the psychic arena. Its yearly symposiums since 1974 have often dealt with psychic and spiritistic research involving lecturers such as Olga Worrall, William Tiller, Thelma Moss, J. B. Rhine, Gerald Jampolsky, Elmer Green, Hans Engel, Lawrence LeShan, Albert Villoldo and Harold Sherman, all of whom are either parapsychologists, spiritists, psychics or their sympathizers.[11] As the standard Religious Science text, The Science of Mind declares, “Spirit communication must be possible.” [12] Spiritist and noted consciousness explorer Jean Houston has written the Foreword to the latest edition of The Science of Mind text and, incidentally, has referred to Holmes’ Science of Mind as “one of the leading viewpoints in modern metaphysics.” The Science of Mind website (www. scienceofmind.com/wwb.html) includes “favorite links” to numerous occultists and occult organizations—Hindu occultist Sai Baba, New Agers and spiritists Caroline Myss and Marianne Williamson, the spiritistic Findhorn Foundation and others.

The United Church of Religious Science was founded in 1927, and is the umbrella organization for about 140 U.S. chartered Religious Science churches. The Holmes Institute is a “graduate center for ministerial education and consciousness studies.” A subdivision offers a year-long 48 lesson extension study course in RS principles keyed to The Science of Mind. It was prepared by Ernest Holmes and has had tens of thousands of graduates. It basically helps one to understand and apply the ideas of Science of Mind, offering assistance through correspondence between the Institute and the individual.